Just about any autism parent can tell you: the so-called “little things” are never little. Every milestone reached is an enormous blessing and an exciting accomplishment. From successfully using a fork to eat a meal to saying a first word to giving Mom or Dad a hug, nothing is too small to celebrate.

That’s what makes this video so powerful.

The little boy here is six and a half years old, and his mom captures him zipping up his jacket independently. To those who aren’t familiar with autism, this may seem simple, like no big deal. But to his mother, this was everything.

The child, whom his mother calls “E,” struggles with fine motor skills and daily self-care tasks that many people take for granted. However, when this video was captured, he had been involved in a therapeutic program for about a month, working to hone these important skills. And while it still requires a lot of effort on his part, he was at last able to zip up his jacket by himself.

At first, he struggles a little bit… (That first part of zipping a zipper is always, always the hardest!) 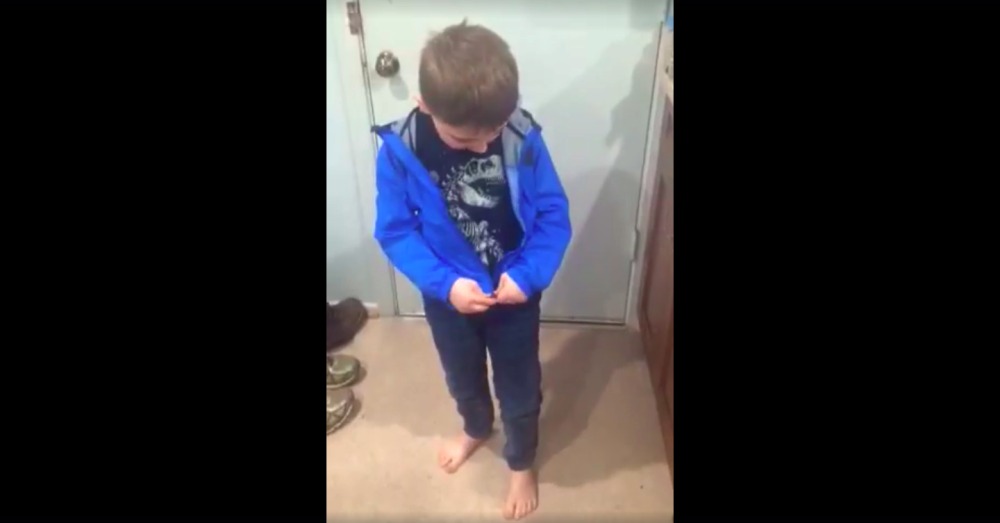 But with Mom’s patient encouragement and a little help reorienting the zipper a few times, E finally nails it! 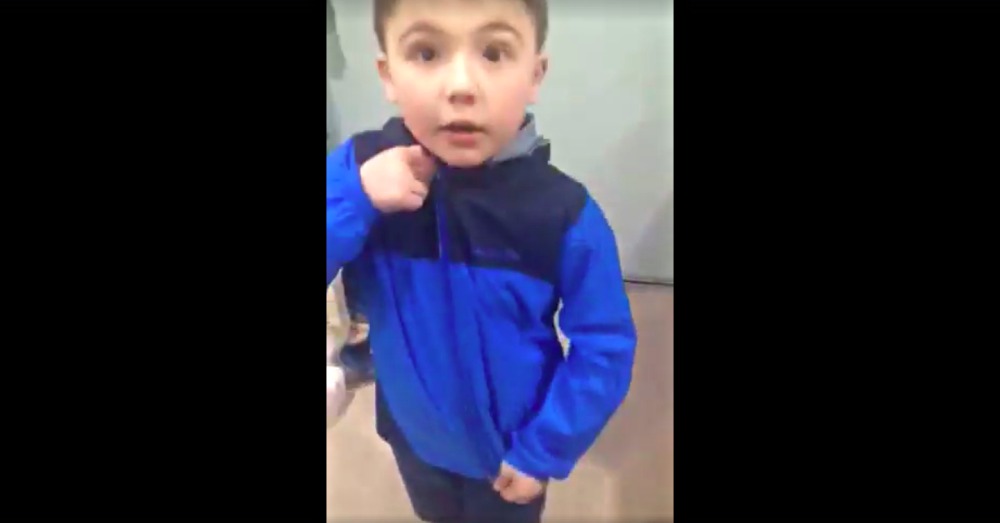 Way to go, E! The world is so proud of you and your incredible accomplishment!

Watch his awesome success in the video below!

You know how we say autism families don’t take things for granted? This is what we mean. E is 6.5. Fine motor skills are so very far behind. He can’t write yet or draw a square. And honestly those things don’t concern me as much as the self-care fine motor issues. Opening packages, dressing, feeding himself with a utensil. People have no idea how hard our kids have to work to be able to accomplish these tasks consistently. There are so many therapies that can help, but so many do not have access to those therapies. He has been doing this program for about a month and is now zipping independently, but I want you to be mindful of how much effort it still takes. When we give our kids the opportunity they can work hard and reach a higher potential. The policy makers, school districts and insurance companies that refuse to invest in these therapies now are keeping these amazing individuals from becoming the most independent version of themselves. It is so exciting to see him meet these milestones, even if they’re met on a different timeline than that of his peers.

Posted by From Motherhood by Mandy Farmer on Wednesday, March 8, 2017