When 12-year-old Camden Davis began getting increasingly aggressive at home and wetting the bed, his mom, Milissa Davis, was curious if there was something going on at school. Camden has autism, and his mom had noticed a “significant decline” in his behavior and an uptick in his separation anxiety since starting at his new, specialized school. Her formerly happy, fun-loving son had changed.

So she placed a recording device in his backpack one day.

What she heard was appalling, and terribly cruel. 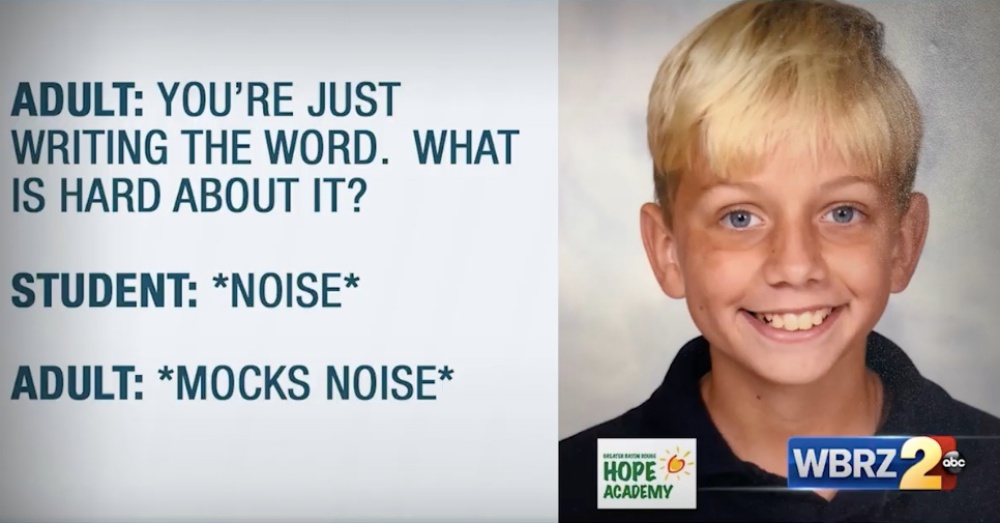 Not only was Camden being bullied and mocked by his fellow students, but the leaders of this awful treatment appeared to be his paraprofessional and his teacher. On top of that, Camden’s teacher bad-mouthed Milissa, and another teacher told Camden to “get away from her” and that she was going to tell Santa about his poor behavior when he asked for help.

Davis and her husband enrolled Camden at Hope Academy in Baton Rouge, Louisiana, last year so that he could receive specialized care. Hope Academy specifically caters to kids with special needs, including autism, and their mission states: “Hope Academy’s mission is to meet the unique needs of students who typically have social and academic difficulties in conventional school settings by teaching these students how to manage and adapt their own unique systems to enjoy healthy, happy lives.”

The educators featured on Davis’s recording clearly defaced those standards with their unacceptable treatment of Camden. And Milissa was not going to just stand by and let that happen.

After hearing how her son was being treated, Milissa posted clips of the audio on YouTube and shared the link on FB. From there, the story exploded across news outlets.

“I just wanted to cry, scream and do everything I could because it was so bad,” Davis told WBRZ. “To think that I had sent my son there every day, and what had happened before, that I didn’t know about.”

One of the teachers was fired immediately and the other a couple days later. They have not been publicly named at the time of this writing. 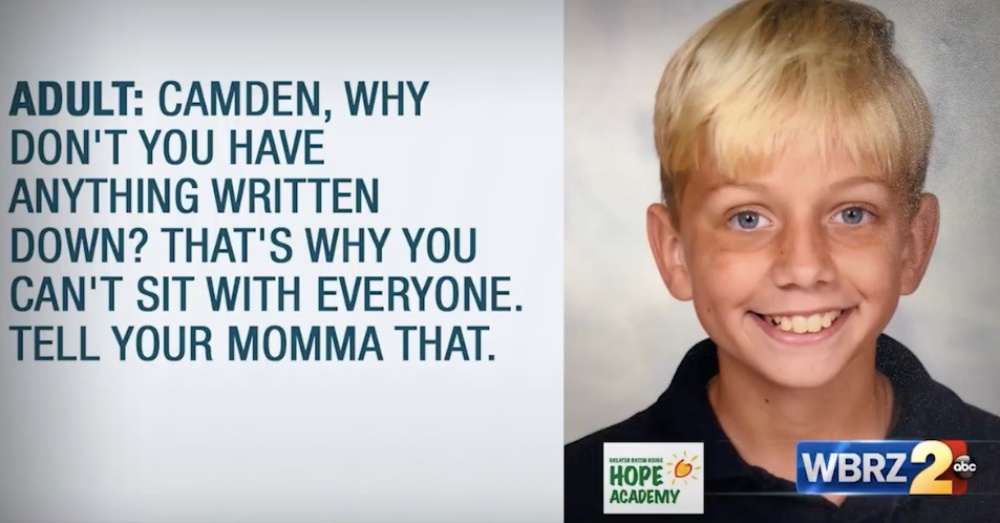 The principal of Hope Academy, Linda Stone, said the feedback from the incident has been “horrible,” and stated that there are additional steps being put in place as well to make some changes at the school. Employees will receive extra training outside of the school, and parents of students will be able to share their concerns and ideas at an open forum meeting.

“This is incredibly unfortunate, and we sincerely apologize to the family,” Stone said. “We continue to welcome a meeting with the family.” 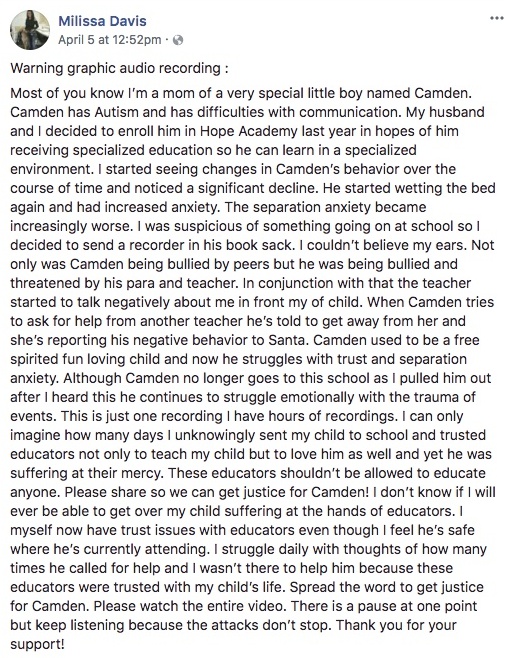 As for the Davis family, Milissa pulled Camden from the school immediately and has hired an attorney. Camden is still grappling with the trauma but is starting to do better.

Mom Fights Back After Learning Teachers Who Bruised Her Autistic Daughter Would Not Be Prosecuted: Click “Next” below!