Do you see colors when music plays? Or do you see letters of the alphabet in different colors? Do you taste certain words, smell certain sensations, or feel certain sounds? Have you always experienced this, and are the colors, tastes, smells, and feelings always the same?

If so, you may be one of the rare individuals in the world with synesthesia, a mixing of the senses. This (really cool-sounding) neurological condition is most common among women, lefties, creative types, and, according to a study published in 2013, people on the spectrum.

The study looked at 261 people: 164 of whom had autism, 97 of whom did not. They found that about seven percent of the neurotypical sample and 19 percent of the sample with autism had synesthesia. According to that, then, people on the spectrum are about three times more likely to have this unique condition! 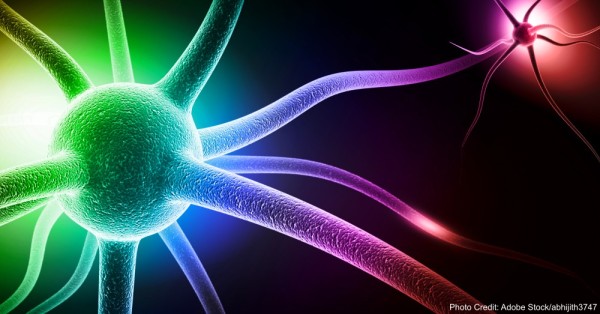 These two separate conditions may seem…uh, separate, but they share some similarities. Synesthesia seems to happen when separate areas of a person’s brain—places that aren’t typically connected—are, in fact, connected. Autism might stem from a similar phenomenon: “over-connectivity of neurons,” which, according to Psych Central, is perhaps what leads people with autism to become so detail-oriented.

Both of these things may have something to do with apoptosis, the process of pruning neural wirings. This naturally happens during infancy and early development, but apoptosis may may not occur normally in those with autism and synesthesia. So the connections between parts of the brain stay intact.

However, further research is necessary to better understand both conditions on a biological level. These findings nevertheless bring us closer to understanding autism, as well as how we can help create ideal learning environments for people on the spectrum.

Want to learn more about people with ASD who have unique gifts and abilities? Check out this video on Daniel Tammet, a savant with synesthesia and a serious talent with numbers!