Every once in a while, justice is served after bad things happen, and this story is one of those instances.

Shane Cortese is a Kiwi actor who has a 10-year-old son on the autism spectrum named Kees. Just recently, Kees’ iPad was stolen when he and his father were riding a train.

“At Middlemore two men and a woman got on the train and sat around us and acted very intimidatingly to both me and my 10-year-old,” Cortese recounted.

Then these people—gang members—stole the iPad from the boy, leaving him panicked and crying.

However, justice was served in the end; police recovered the iPad from the crooks and were able to return it to its rightful owner on Thursday. 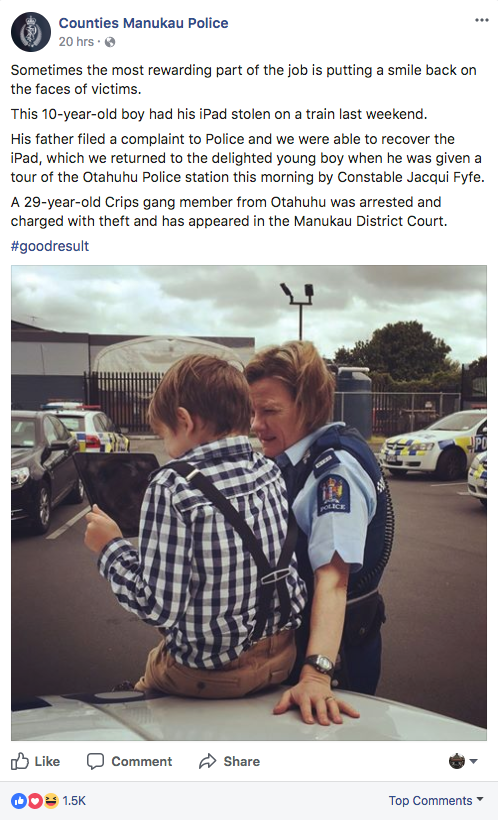 Needless to say, the little boy is happy to be back with his iPad.

“Sometimes the most rewarding part of the job is putting a smile back on the faces of victims,” the police wrote in a Facebook post about the incident.

In addition to getting his iPad back, Kees also got to take a tour of the police station.

A big “thank you” to the police for working on this case and recovering the stolen iPad!