Dale Grounds has been a single dad since he was just 19 and his son, Reece, was six months old. When Reece was diagnosed with autism in 2015, both father and son had a difficult time learning how to cope with the disorder. But then Grounds had a stroke of genius.

“I first started dressing up as Spiderman as a way to calm Reece down,” says Grounds. “He would have really bad meltdowns which resulted in non-stop crying. I’d tried everything to help him but nothing seemed to work. Then one day I walked into the living room and he was watching Spiderman, and he was so engrossed. I bought this costume for £25 and decided I was going to wear it when I went to pick Reece up from school. When I turned up in full costume, the reaction from all the kids was crazy. Reece didn’t realise it was me at first, but when it clicked, he couldn’t believe it.” 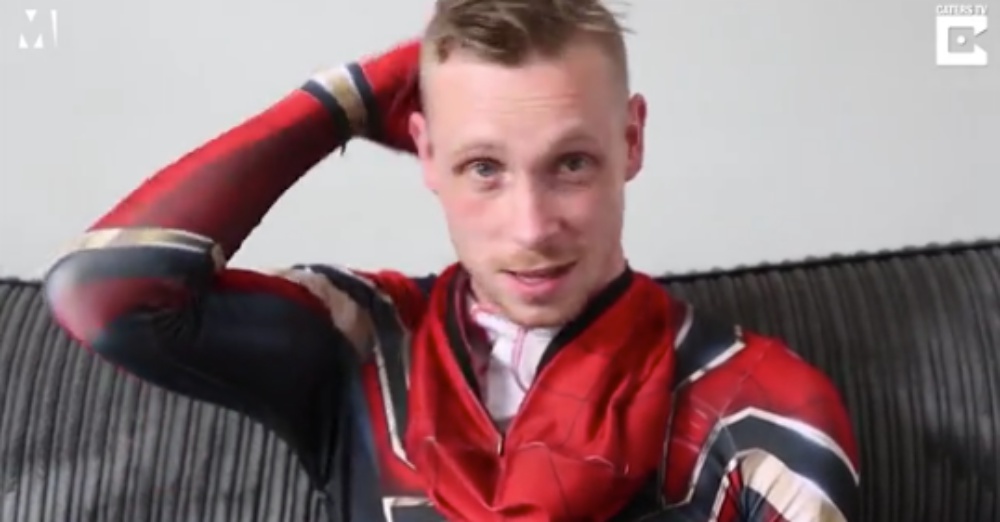 Since then, Grounds has been using the Spiderman costume to cheer up his son regularly. After Reece was able to grasp that this new Spiderman character was his dad, he loved the idea, and now it helps him get control when he’s having a meltdown. 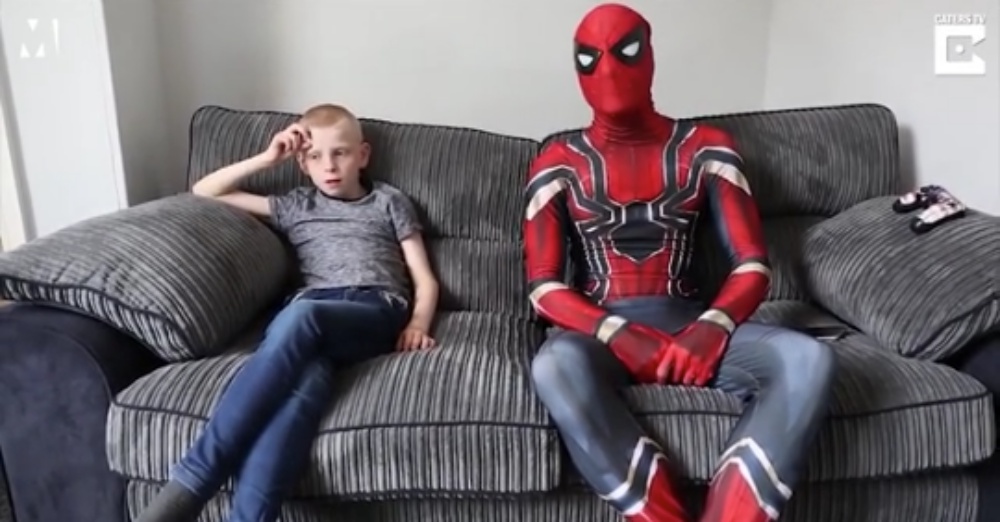 “There was a time when Reece came home from school and was really upset, he was crying a lot and took himself upstairs to bed and wouldn’t let me talk to him,” says Grounds. “When he’s in meltdown mode it can be really hard to get through to him; he enters his own world and you have to say and do all the right things to help or it just gets worse. So I got the Spiderman suit on and made a super appearance into the bedroom. It made him laugh but then he started crying again. I started doing some silly dances and asked him to join in and he found it really funny and decided to get his Stormtrooper outfit on and join me.” 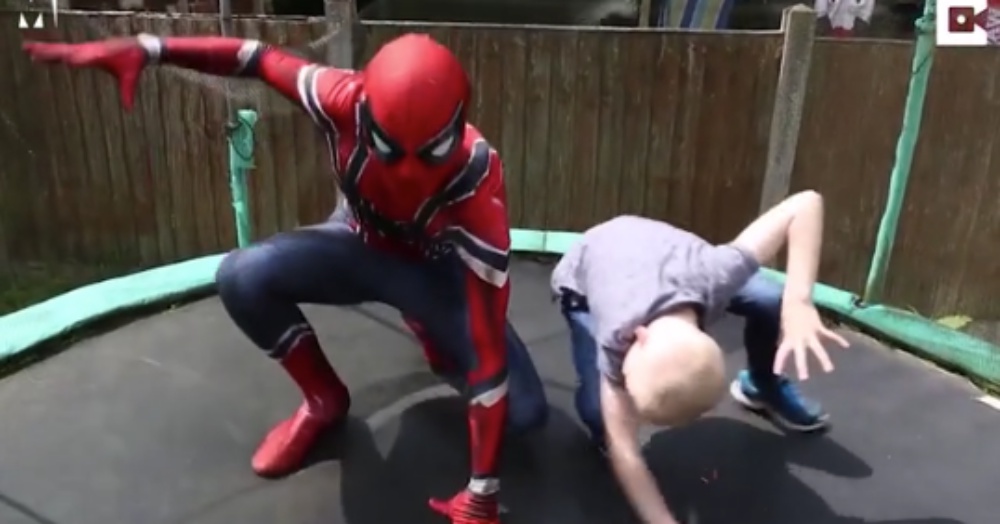 Grounds was able to use the Spiderman suit to convince his son to come downstairs and play video games and do some dancing with his dad, which really improved his mood for the rest of the day. And that’s just one example of the many times the costume has come to the rescue. 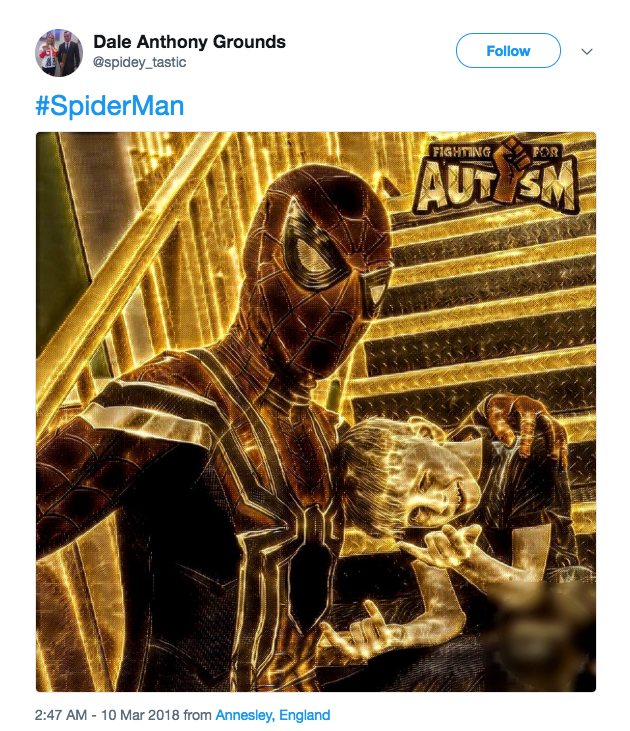 “The reason I started putting on the suit was for my little autistic superhero,” Grounds says, but he adds that it’s come in handy for a few other occasions as well. The Spiderman suit has been spotted at some of his friends’ kids’ birthday parties Most recently Grounds has begun visiting in the hospital every week while wearing it. Clad as Spiderman, he visits a different wing every Thursday morning, lighting up the faces of the children there and even forming bonds with some of the long-term patients. 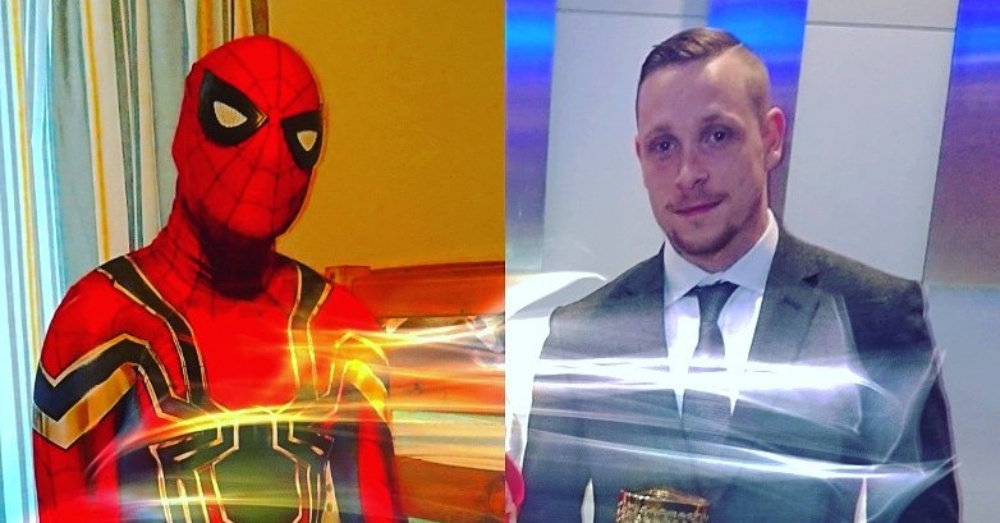 Check out the video below to learn more about Grounds’s stint as Spiderman.

This Creative Mom Turns Kids with Special Needs into Superheroes: Click “Next” below!