Does My Child Have Autism Or A Speech Delay?

However, many people conflate autism and speech disorders, which is understandable, as roughly one-third of those with autism are also nonverbal.

So how do you know if a child has autism or a speech delay? 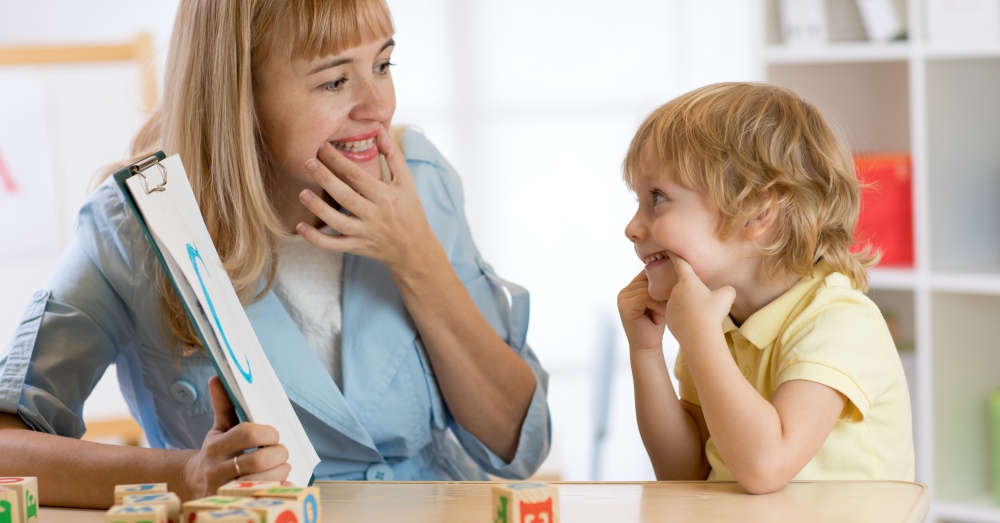 Dr. Mary Barbera is an autism mom, registered nurse, behavior analyst, and author. As a first-time mom, she didn’t know the early signs of autism when her son was little. Though he was in speech therapy when he was about two years old, autism in the ’90s wasn’t nearly as well-known or diagnosed as often as it is now.

When her son was eventually diagnosed with autism — the day before he turned three — she made it her mission to learn the early warning signs and to educate as many people as she could, as early detection can have a huge, positive impact on delays.

Children who are 18 months to 24 months old and are either talking very little or not talking at all exhibit a few signs that can help differentiate if they have autism or just a speech delay. In her video, Dr. Barbera explains what she looks for.

1. Does the child point? 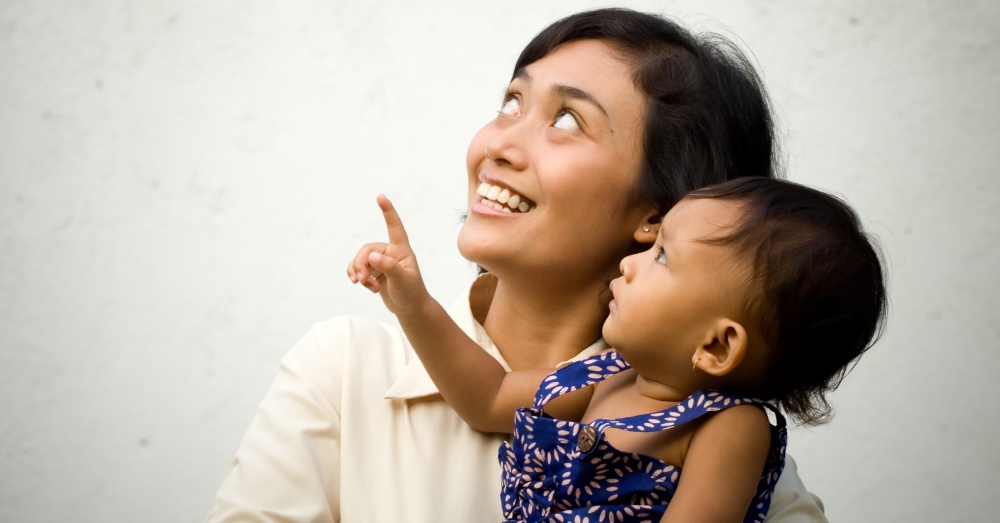 By the time a child is 18 months old or 2 years old, they should be pointing regularly. Their motivation for pointing is that they want something from you, like a sippy cup or a toy, or want your attention. By pointing out other things to someone else, they are expressing an interest to you and making a bid for your attention. It’s a form of communication.

Lack of pointing by these ages is a “critical red flag” for autism, Dr. Barbera says.

2. Does the child understand at least some language? 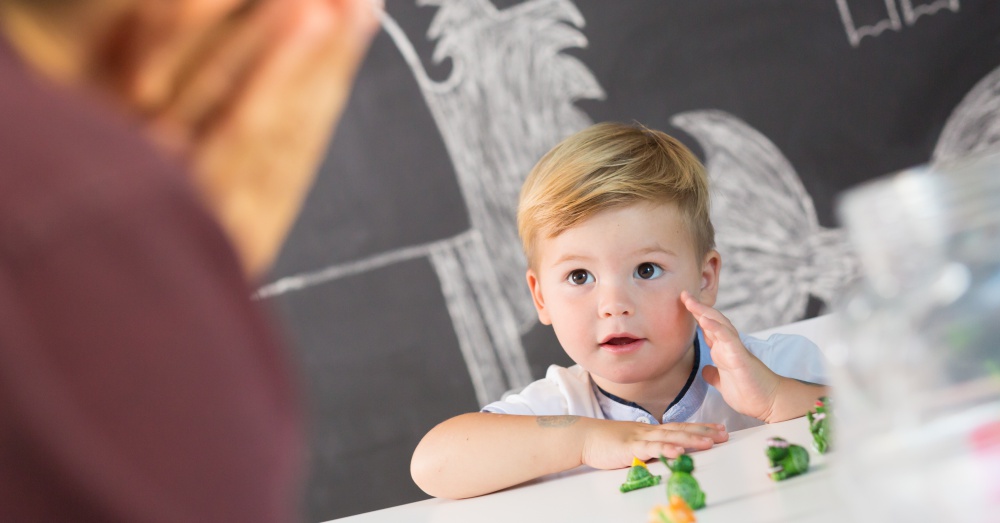 Having both a receptive delay and an expressive delay doesn’t mean that the child has autism, Dr. Barbera emphasizes, but it is an indicator that they could.

3. How does the child play with toys or objects? 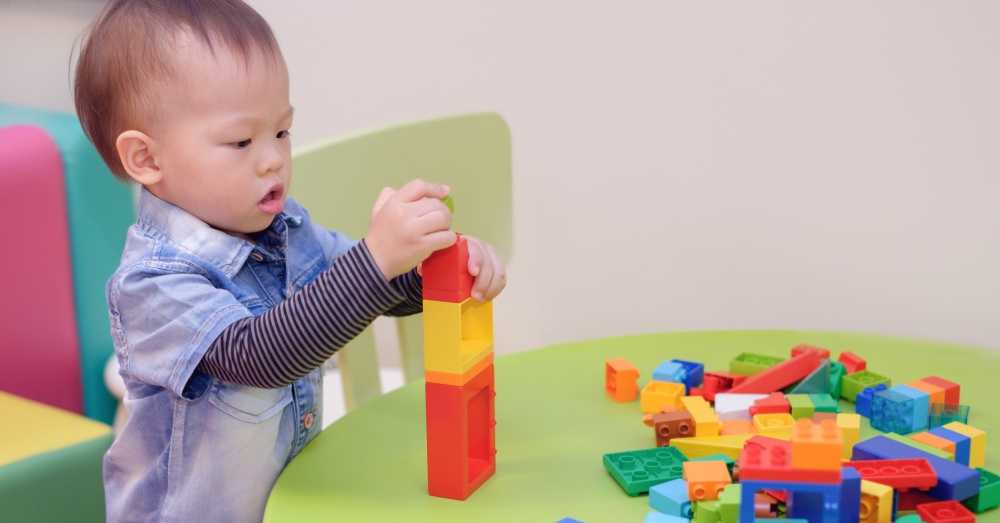 How a child plays can be an indication of autism. Dr. Barbera looks for whether or not the child plays with multiple toys, or fixates on one. If he fixates on one, does he carry it around all the time and play with only that toy for hours at a time? If he plays with multiple objects, does he stack blocks repeatedly, line his toys up, or spin and spin and spin his toys around?

A child between the ages of 18 months and 24 months who is content playing with one toy for a very long period of time — without using language — could have more than just a speech delay.

4. Does the child naturally imitate play? 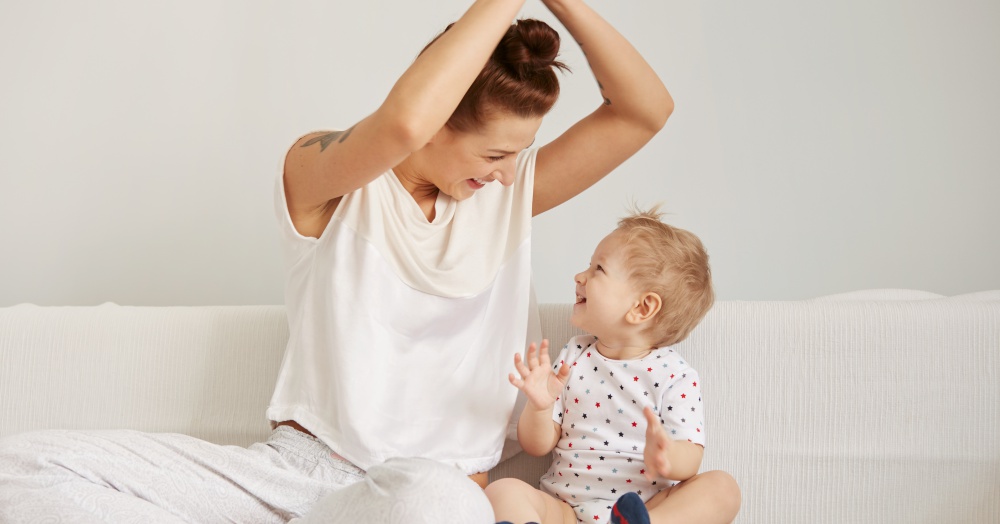 By these ages, Dr. Barbera says, a child should be imitating some things during play, such as waving or making an airplane fly. If a child doesn’t imitate others’ actions, this could point to an issue beyond speech delay.

Imitation is another form of communication, and is a key milestone on the road to verbal speech.

In addition to what Dr. Barbera mentions in her video, other communication signs that a child could have autism in addition to speech delay include a lack of response to their name and/or verbal attempts for attention, babbling and cooing during their first year and then stopping, and being unable to combine words into phrases or sentences (which can be as short as two words). 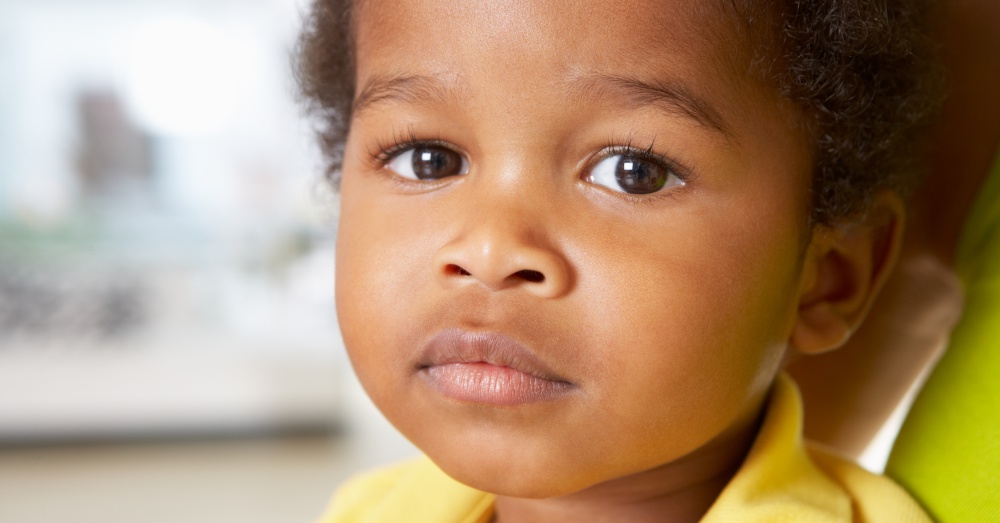 Dr. Barbera recommends that concerned parents be familiar with milestones — and not just those related to language. Self-care and self-regulation skills like feeding oneself and calming oneself are important to note, too. She emphasizes that there is a range in development, however, and not every two-year-old is doing everything. There is no need to panic if your child isn’t meeting every milestone, but knowing what milestones they should be meeting (and when) can help put you on the right path to understanding what is going on with your child.

According to the CDC, if your child shows the signs Dr. Barbera mentioned and also can’t walk, doesn’t notice when their caregiver comes and goes, or loses skills (regresses) at 18 months old, you should contact your pediatrician.

And if your child doesn’t use two-word phrases, doesn’t know what to do with common items (such as a spoon), or doesn’t walk steadily at two years old, the CDC recommends you contact your pediatrician.

There are no well visits pre-scheduled for children between ages two and three, so it’s important that caregivers who notice potential delays in their children reach out to their pediatrician on their own if they’re concerned, rather than waiting until the next scheduled well visit.

The Autism Diagnosis Process: What to Expect from Start to Finish: Click “Next” below!