30-Year-Old Man With Special Needs Is Taken In By Former Teacher, Celebrates His First Birthday Party

A 30-year-old man recently had a birthday party. In itself, that wouldn’t be unusual but it just happened to be his first birthday party and he was a man with special needs. The party occurred after he started being cared for by his former teacher after his father died.

Chris Barrington was found two months ago by the Gatesville Sheriff’s Department as he was walking along a Texas highway all alone, according to KWTX. He had been wandering on the highway for two days and the department would later learn that his dad had recently succumbed to late-stage leukemia.

Barrington was asked if he had any other family members and he was only able to remember his former middle school teacher, Michell Girard, although they hadn’t seen each other in years.

Barrington needed a caretaker and Girard felt that it was important to help her former student.

“I said, ‘What happens if I don’t take him? Will he get in a group home?’ [And] they said no, he’d go into an institution,” Girard told the news station. “I said not on my watch he’s not.”

Barrington’s father died on August 1 and now, Girard is trying to get guardianship. Barrington had never celebrated holidays, including his birthday and Girard decided to change that. 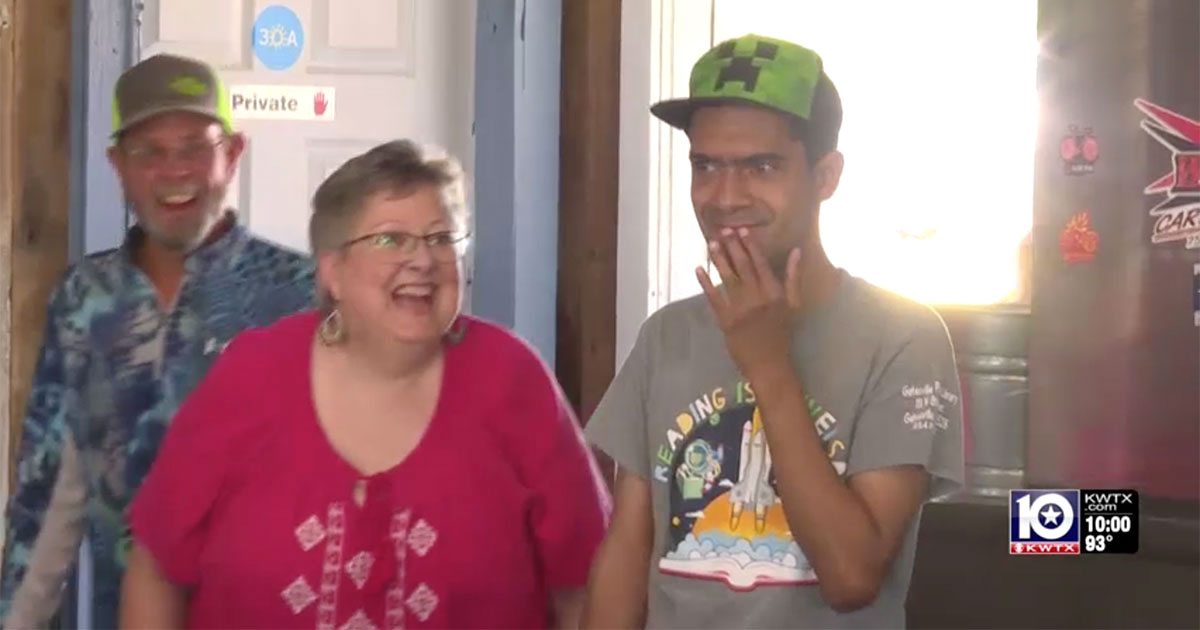 Barrington already had his first birthday party earlier this month, with JMB Fishing, a local fishing company stepping in to help by giving him a boat ride. That was also his first.

“You know, there are so many things that kids want to do,” JMB Fishing owner Jimmy Bennett told KWTX. “They want to go to Disney. I have one that wants to go to Hawaii on a shark fishing trip. Chris is happy to come out on Lake Waco and ride around on a boat. That’s all he wants to do.”

Barrington’s father may have died but now he is with a kindhearted teacher whose willing to care for him, years after she knew him in the classroom.

I love to write and it keeps me busy. I've been working online, full time since 1999.
Whizzco