When Alexa Bjornson had to send her seven-year-old autistic son from their Las Vegas home to Portland, Oregon, to see his dad, she was worried that the trip wouldn’t go well. She thought the person sitting next to her son might think he was annoying and potentially respond negatively, making the situation worse for all involved.

“I thought, how do I make it so whoever’s sitting next to him won’t look at him as a burden but more of like, ‘I can help this kiddo get through the day.'”

She decided to send a note along with little Landon on his flight to give to the person sitting next to him. The note explained Landon’s autism and warned that he may ask “Are we there yet?” a lot. It asked the stranger to help Landon feel as safe and comfortable as possible and also included a $10 bill to thank the passenger in advance for being kind to her son. But Alexa wasn’t prepared for just how kind that stranger would be. 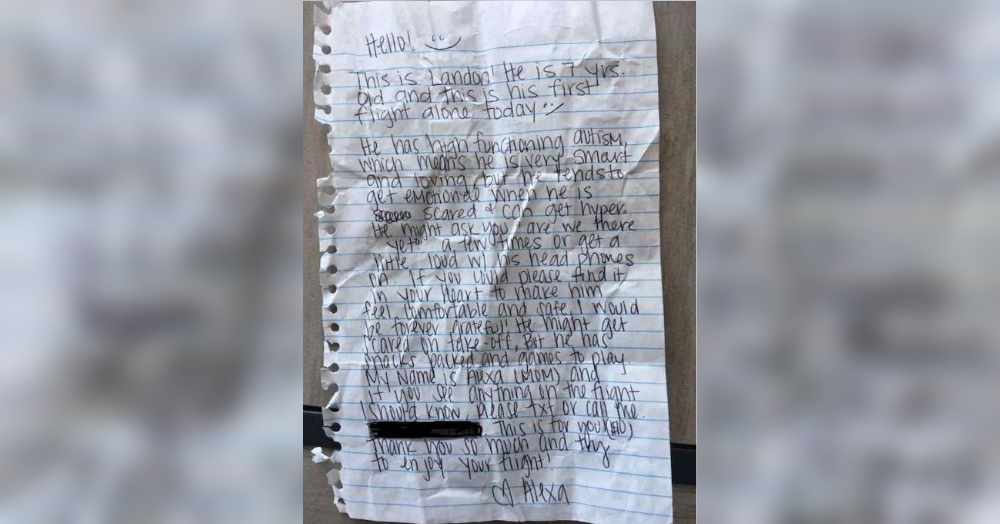 Ben Pedraza didn’t need any cash incentive to become fast friends with Landon. He wasn’t annoyed by the child and was happy to help him get through his first solo flight.

“We were cracking jokes, and after a while, he asked me to quit making dad jokes,” Ben recalls, laughing.

The two even took a picture together while in flight to send to Landon’s mom. Ben wrote this message to Alexa to accompany the photo:

“Alexa,
My name is Ben. I was Landon’s seat neighbor for his flight to Portland. He did ask if we were there yet several times, but he was a great travel buddy. We had a good time and played a few rounds of rock-paper-scissors. He’s a great kid, and you’re a lucky mom. I appreciate the $10, but it wasn’t necessary. I donated it to Autism-Society.org in honor of Landon. Have a great day!” 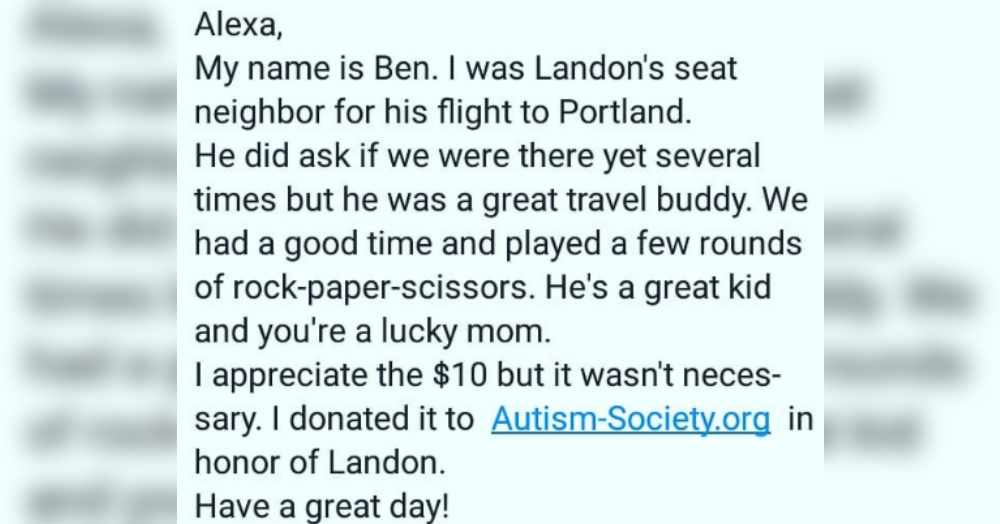 Overcome with gratefulness for this stranger’s understanding and patience with her son, Alexa turned to Facebook to post the story to let everyone know there are still amazing people in the world. 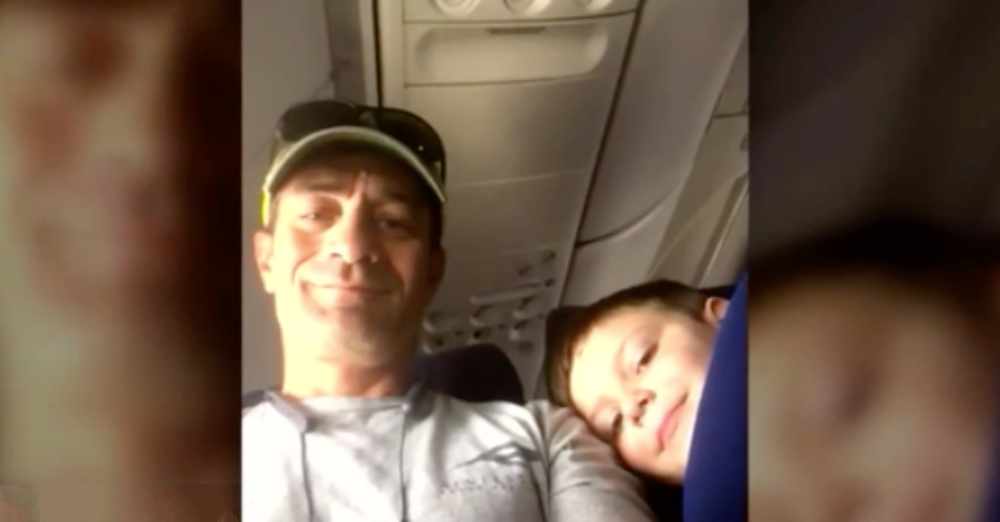 “I am so grateful to this individual, and that there are still kind people in the world who make a difference like I try myself to do as well,” she wrote. “Thank you so much, Ben!!!!”

Mom Finds Busy Hotel Manager Interacting With Autistic Boy And Writes Message For Boss To See: Click “Next” below!