Sesame Street introduced ‘Julia’ two years ago and was the first new muppet in almost a decade. Julia, who was on the spectrum and was part of a campaign, “See the Amazing in All Children,” which aimed to normalize autism and educate children that people on the spectrum are like everyone else…they just do some things a little bit differently and that’s ok.

Sesame Workshop, the nonprofit responsible for the show, made sure to consult with teams of researchers and advocacy groups to make sure she was authentic. Julia’s portrayal was well received in the autistic community and they saw her as “An important piece of cultural representation for autistic children who normally don’t get to see themselves portrayed on screen and a chance to help educate the broader community about autism.” 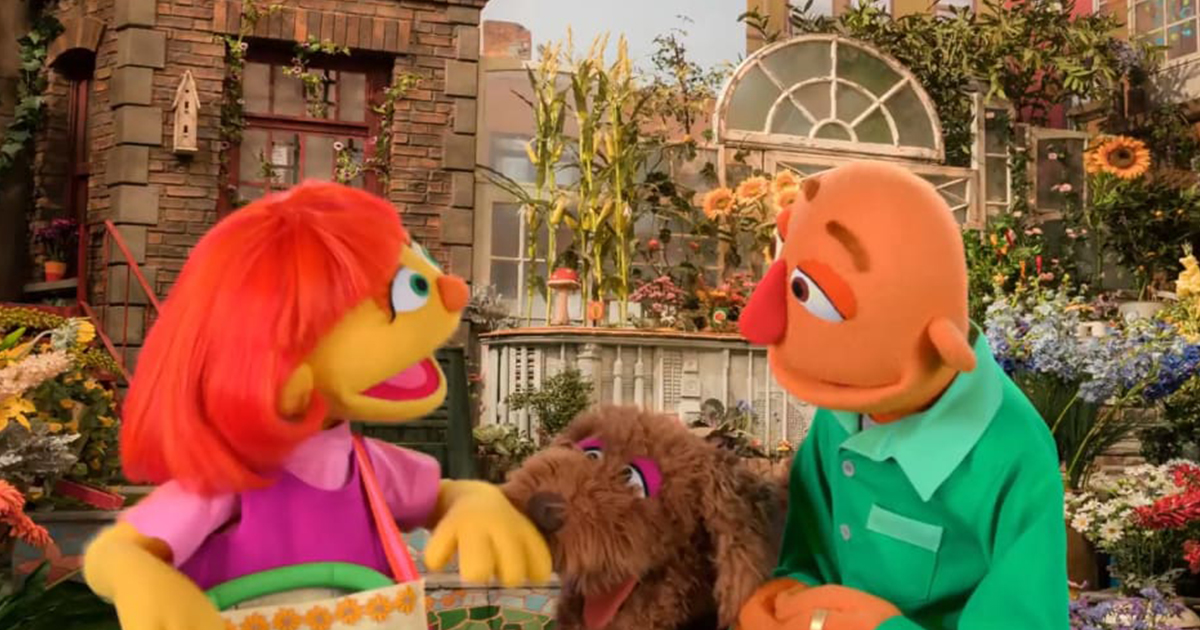 But the Autistic Self Advocacy Network (ASAN), an autism empowerment group that was apart of the team that originally developed Julia, is cutting ties. The outspoken community says that they disagree with the use of Julia’s character in a new ad campaign meant to promote early screening for autism.

ASAN says “The learning materials included in the campaign stigmatize autistic people and their parents.” In response, ASAN will stop consulting with Sesame Workshop, effective immediately.

At the end of July, Seasame Street partnered with the Ad Council and Autism Speaks to create several advetisements that highlighted how ‘Julia’ has learned to adapt to life with the help of her parents and friends, who are aware of her developmental disorder.

At the end of each ad, they encourage parents to seek early screening and displays their website with more resources: ScreenForAutism.org.

ASAN doesn’t have a problem with the callout to parents suggesting they get early screenings since – ‘On average, about one in 59 kids in America are diagnosed with autism, a statistic that’s generally regarded as low because more than 65% of parents with kids under the age of 6 don’t do screenings’. They have an issue with the support materials like a “100 Day Kit” for parents whose kids have just been diagnosed.

“If you look at the content that they’re promoting, it’s like [Sesame Workshop is] using the language of acceptance as the Trojan horse for these really old tired, stigmatizing, harmful ideas,” says Zoe Gross, ASAN’s director of operations.

“The 100 Day Kit encourages parents to blame family difficulties on their autistic child (“When you find yourself arguing with your spouse… be careful not to get mad at each other when it really is the autism that has you so upset and angry”) and to view autism as a terrible disease from which their child can “get better.” It recommends compliance-based “therapies” and pseudoscientific “autism diets,” but fails to educate families about communication supports. It even instructs parents to go through the five stages of grief after learning that their child is autistic, as they would if the child had died.”

Jeanette Betancourt, Sesame Workshop’s senior vice president for social impact in the United States, says the group saw the PSA content ahead of time and was aware of the potential blowback but decided to proceed. Sesame Workshop has no plans to alter the current campaign.

“We said that our scope is not really in support of an individual resource or an individual organization. And that we were collaborating with Autism Speaks and the Ad Council for the messaging and the purpose of the campaign, which was in early screening and early diagnosis,” she says. “We’re always looking at that bigger perspective. We truly value all our partners, including ASAN, and are disappointed, but we understand their perspective, and we respect it.”

Unless some big changes are made, ASAN will no longer continue to help with Julia’s character development: “Sesame Street, I think in developing these PSAs, had the idea that they could promote something that went counter to the values of what they said they were trying to achieve with ‘See Amazing’ and it wouldn’t do harm,” says Gross at ASAN. “And of course it will do harm. . . . Like just like when Sesame Street said, ‘Accept your child.’ People took that seriously. When Sesame Street is saying these other things, people are going to take that seriously too. I don’t know why they think they won’t.”