Family outings to the movie theater are a great way to get out with your children and spend a few hours laughing together. Millions do it every week. Yet, for families that have children with autism, a day at the movies can be a difficult, and sometimes impossible, ordeal.

“For children with Autism, the experience can be overwhelming due to the intense sensory input. Combine loud sounds with a dark room where you cannot visually navigate your space and the experience may rise to the level of terrifying,” says Tara Delaney, MS, OTR/L, tells PESI Rehab.

“You’ll constantly notice him look uncomfortable and cover his ears, but if he really gets overwhelmed, then he’ll just shut down and have a meltdown and start to cry,” Hill says.

Too many parents have stories about their children disturbing other viewers, which often leads to being asked to leave the theater. That can be traumatizing for the child and parents.

“A lot of families aren’t sure how their child will respond in those crowded situations, so they might not have attempted it, or they have attempted it and it didn’t go so well,” Debra Berry Malmberg, founder and director of the Autism Clinic at Cal State Northridge tells the Daily News.

According to the Atlantic, There is large demand, especially in New York’s tri-state area—according to a 2014 Centers for Disease Control and Prevention report, one in 68 U.S. children has an autism-spectrum disorder (ASD)4.

So what can we do?

Recently there has been a trend in sensory friendly films in certain theaters. These showings help to make the experience easier for kids and adults by leaving the lights dimmed, but not turned off, keeping sound reduced from the normal booming audio, and also encouraging kids to clap, talk, and even play in the theater! There are no worries about complaints or meltdowns; kids can behave how they need to.

Lisa Carling, director of the Theatre Development Fund’s (TDF) Accessibility Programs, which launched the ATI in 2011, told he Atlantic that the idea for coordinating autism-friendly performances arose partly from hearing about parents’ negative experiences trying to bring their children with autism to theater directed at a general audience. “Stimming,” which is self-stimulatory, repetitive behavior that is sometimes a symptom of autism—such as flapping hands, rocking back and forth, making repeated sounds, or repeating the same thing—would draw complaints from other audience members. Snacks and fidget toys were usually not allowed. One parent, Carling says, told her she had been asked to leave a regular Chicago show halfway when her son would not stop singing along loudly with the music. He left in tears. “Audience members just turn on this person with special needs, thinking their [own] experience is more important,” says Philip Dallmann, who coordinates the ATI4.

In 2007, AMC Theatres (AMC) and the Autism Society teamed up to offer the “Sensory Friendly Films” program as a special opportunity for individuals living with autism and others to enjoy their favorite films in a safe and accepting environment on a monthly basis. In order to provide a more accepting and comfortable setting for individuals on the autism spectrum, the movie auditorium keeps their lights turned slightly up (dim lights will remain on) and the sound turned slightly down. Because some have strict, special dietary needs, families are permitted to bring their own gluten-free, casein-free snacks from home.

Sadly, not every chain takes part in this new effort. And AMC is hardly the largest theater chain, making it difficult for many people to take part in these shows. We would like to see that change!

Chances are you have a movie theater near you, and if they were to offer sensory friendly shows, the rest of the industry would most likely follow. This is the first step to making family movie days a wonderful and stress-free experience.

Click below and ask the CEO of your local movie theater to offer sensory friendly shows in their theaters so every family can enjoy a trip to the movies. 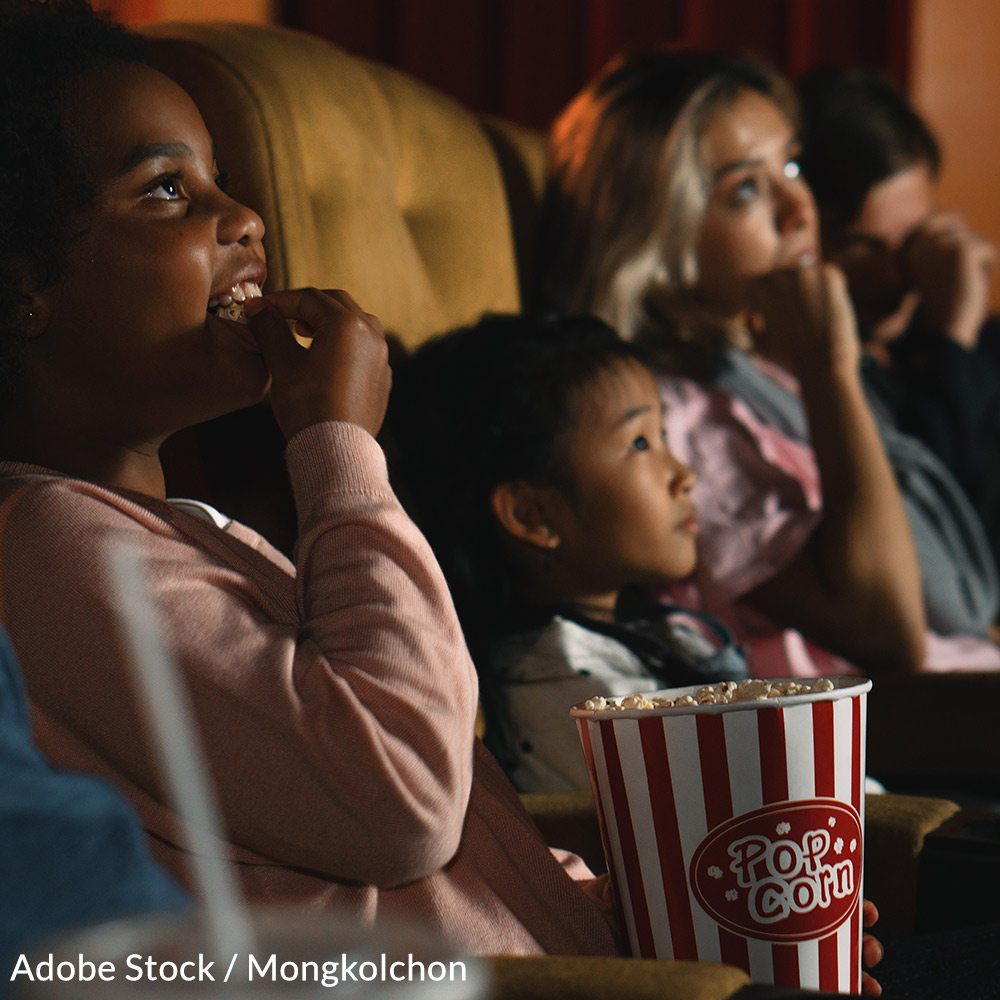 If major theaters were to offer sensory friendly shows, the rest of the industry would most likely follow.

Click below and help us make sensory friendly movie experiences an industry standard!