“Unexpected. That is what I want you to remember,” Sef Scott’s graduation speech began. And unexpected it was.

Sef has autism and is mostly nonverbal. He is generally aware of everything going on around him, but he prefers not to engage in conversation most of the time unless he’s in a very comfortable and familiar environment. Most of his classmates have never even heard him speak—that is, until graduation day.

Sef’s mom, Vicki, is the one who asked if he would like to audition to speak at graduation. But even she was taken aback by his immediate agreement. She believes his motivation comes at least in part from his brother, Sim, who has made dozens of speeches in the nine years since he overcame a brain tumor. 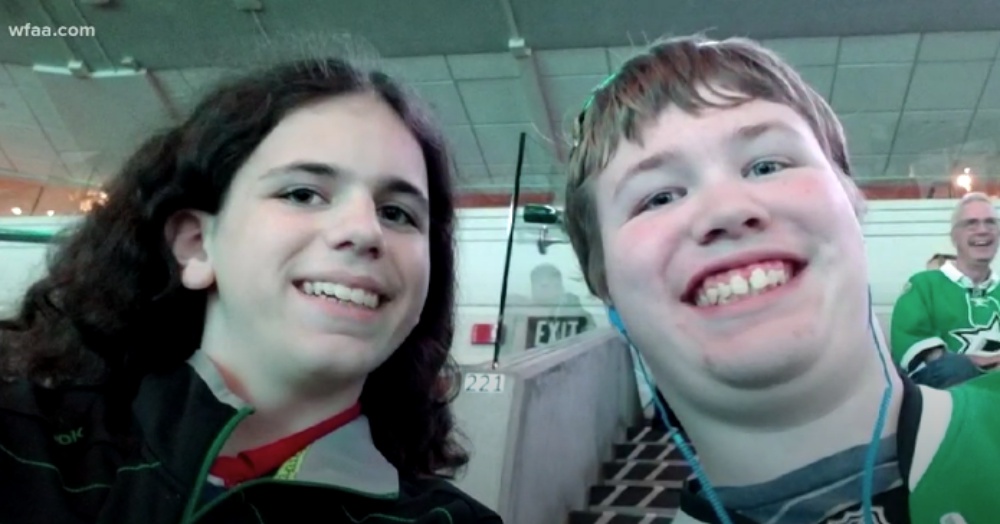 Aided by his mother and brother, Sef wrote his speech, practiced it for weeks, and was awarded the opportunity to speak to his class on graduation day. And he didn’t disappoint. 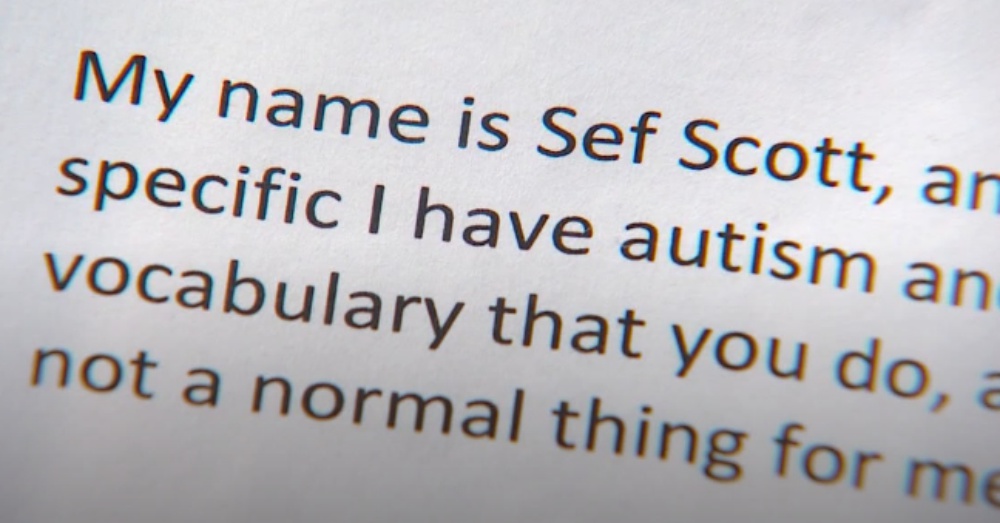 During his humorous and heartfelt speech, Sef urged his classmates to do the unexpected. First, in small ways, such as thanking people and allowing others to cut in front of them in line. But also in big ways, ways that force them out of their comfort zones. 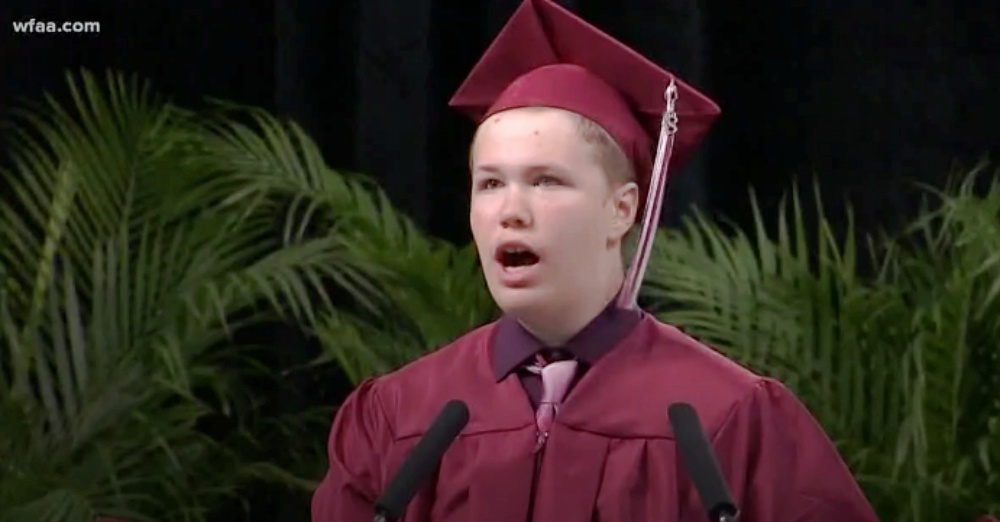 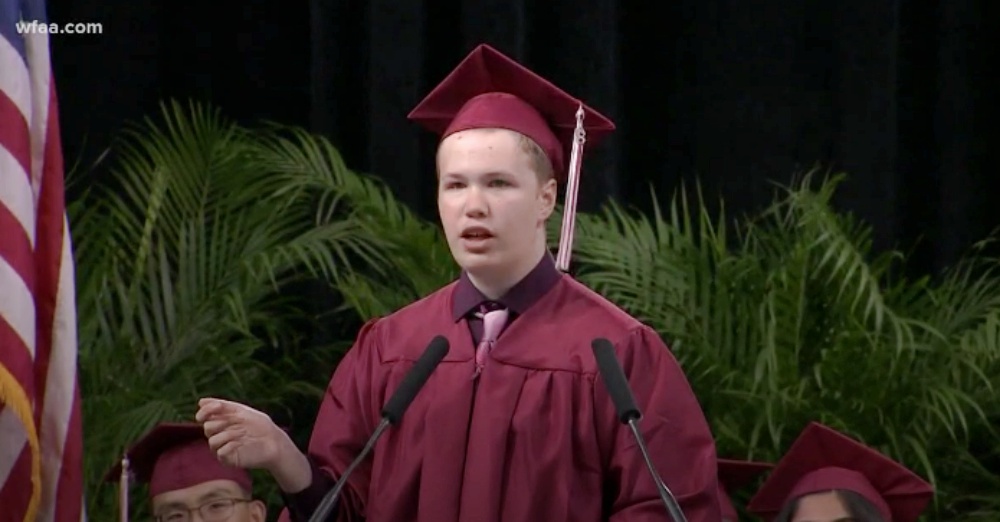 The speech was met with a standing ovation and even tears from some audience members. Sef finally feels heard, and most would agree that what he said was definitely worth hearing. 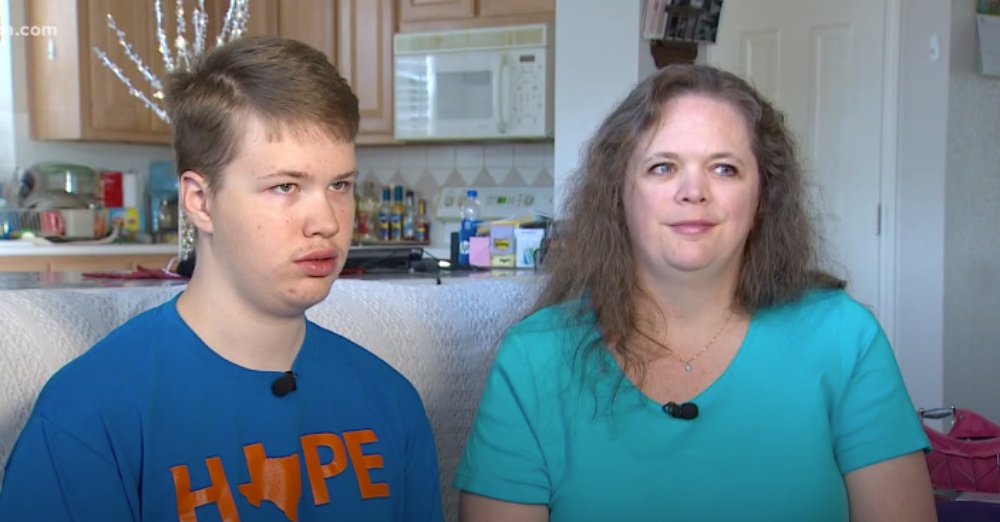 “Our goal was to have his voice heard in whatever way he could manage,” says Vicki, “and so many people have taken away so much more than I ever expected. It affected me so profoundly. I could hear all around me, other people were crying, too.”

Check out the video below to see more of Sef’s speech and the interview WFAA conducted with him and his family afterward.

Once Nonverbal, High School Grad Delivers Speech That Gets a Standing Ovation And Goes Viral: Click “Next” below!