In March of 2014, Claire Nossiter was aghast when her 16-year-old autistic daughter, Lyndsay, came home from school with nasty bruises all over her body. Allegedly the teen had been restrained at her school, Bothwellpark High, which teaches students with extra support needs.

“I’d had a call from school saying Lyndsay had ‘kicked off’ and been restrained and had a small bruise on her cheek. I couldn’t believe the state of her,” Nossiter said. “There were bruises all over her body. She looked like she’d been in a car crash not at school.” 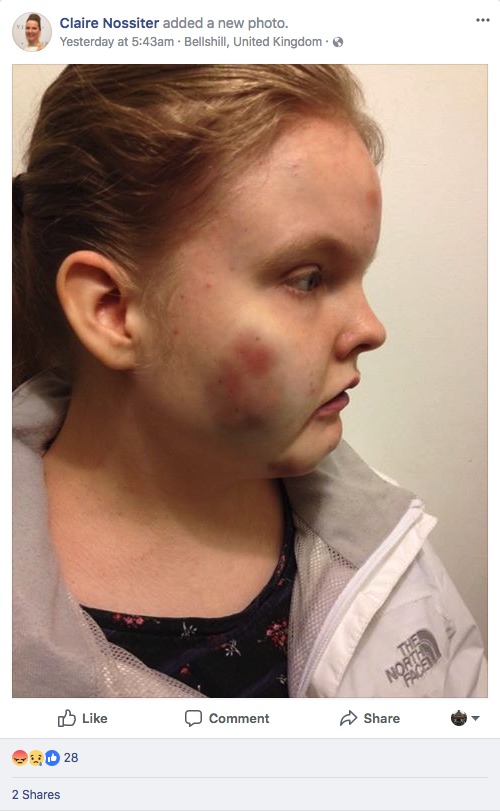 Restraint was a practice used regularly on Lyndsay at Bothwellpark, but after she transferred to a different school, she went a whole 18 months without being restrained.

Lyndsay was taken to the hospital, and in response to her injuries (that so-called “small bruise” on her cheek raised worry that her jaw was broken), authorities were immediately notified about the situation.

North Lanarkshire Council conducted an investigation that revealed the two teachers who had restrained Lyndsay had “acted appropriately,” but a complaint raised by Nossiter led to a second investigation. This time around, the teachers were charged with “culpable and reckless conduct.” 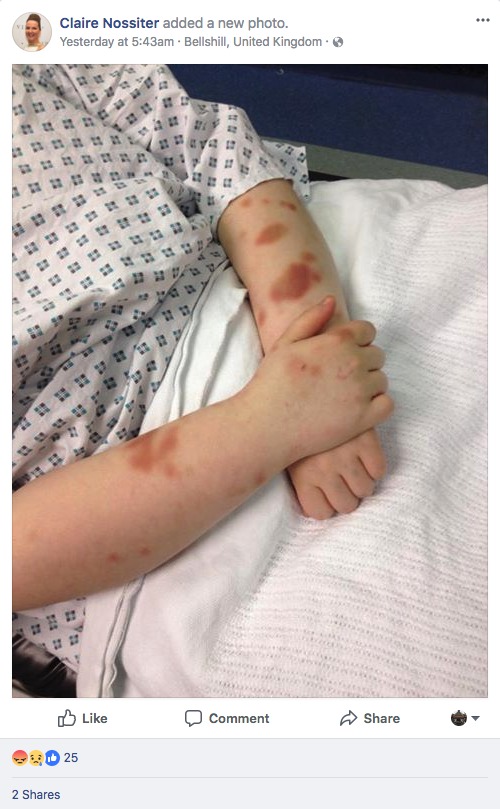 But in January of 2018, authorities decided that further action wouldn’t be taken because there was “a lack of admissible evidence.” The case hadn’t even gone to trial.

Nossiter is not about to back down, however. She is now planning on suing, taking the case to civil court, in hopes of finding justice for her daughter.

A Crown Office spokesman had this to say: “After full and careful consideration of the facts and circumstances, including the admissible evidence available, Crown counsel instructed there should be no proceedings. Should the evidential position change, the Crown reserves the right to raise proceedings.”

See the next page to learn about another school horror story.