11-year-old James Parker has autism and severe ADHD, which has caused him to have to wait a full six months to get into a school that could meet his needs. His mom, 38-year-old Emma Parker, says mainstream schools weren’t cutting it, as James becomes self-violent when he’s frustrated. He needs specially trained staff to keep him from harming himself.

Finally, the family was able to secure funding and get James into Parkside House, which seemed more or less like the perfect fit for him.

“They can support him academically and socially, which was what we needed,” says Mrs. Parker, “All the schools we were being offered in Durham were mainly for learning difficulties, which is completely different.” 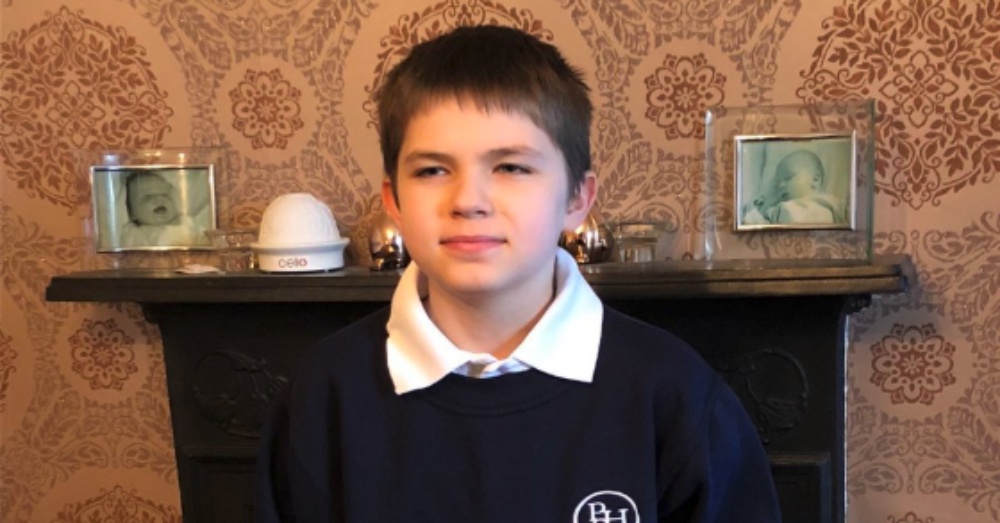 Things were about to take a turn for the worse, however, when Parker’s husband got a call from their son’s school asking if he could be kept home during routine Ofsted inspections at Parker House.

Enraged, Mrs. Parker turned to Twitter to voice her concerns and was met with numerous comments from other parents and teachers, all shocked that the school would illegally exclude a child from classtime privileges because he might somehow interfere with the inspection. 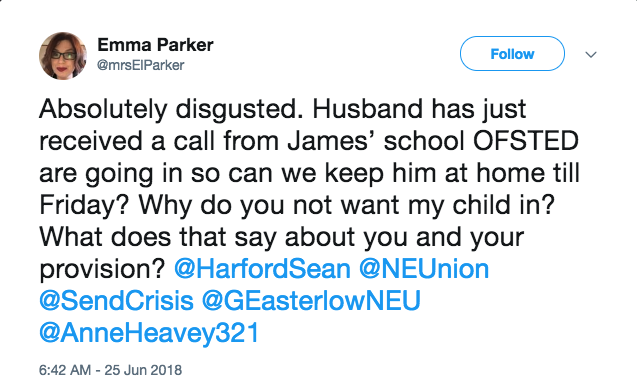 Another primary school teacher, David Keyte, wrote: “There is so much wrong with this situation. Surely the OFSTED inspection should be based on the day to day running of a school and not a one-off show. If your child is being hidden away from the inspectors it suggests the school doesn’t meet his needs day to day suitably…”

SEND (Special Educational Needs and Disabilities) advised Parker to let Ofsted know about the issue and not to keep her son home from school.

Later, Parker received a call from Parkside House saying that the original call had been an accident and was meant for someone else. However, for the little family affected by the so-called mistake, things are far from over. James’s parents are still upset that the school would call any parent and ask them to keep their child home from school, and they’re also wondering how the accidental call could have been made in a school with such a small number of students. 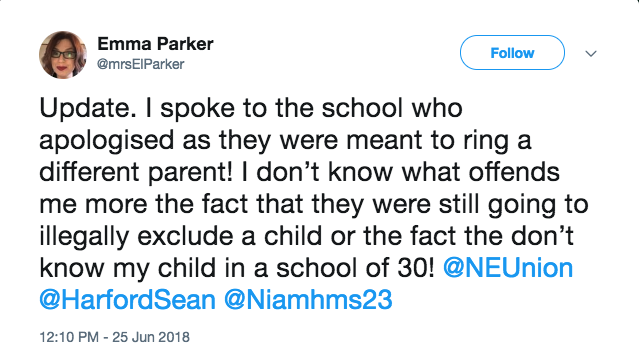 While the school seems to think the situation is rectified, Ofsted is assuring parents that it will be taking action against the school and making sure children like James are able to attend school full-time in educational facilities that properly meet their needs.

“This is an issue that we take seriously and, as those on social media will know, Emma’s concern was picked up quickly and action taken. When parents bring up these kinds of issues at inspection we deal with them swiftly.”

If that call hadn’t been made to a caring parent and teacher who saw fit to speak up about it, the proper authorities may never have known about this serious issue. Thank you, Mrs. Parker, for doing the right thing for your son and for other children in similar situations.

Mom Is Furious After Discovering Autistic Son Must Wear Reflective Vest At School: Click “Next” below!