A Florida woman suffering from dementia wandered away from her home but was found and safely returned just five minutes after a K9 unit was dispatched to search for her, thanks to a precaution she took two and a half years ago.

The woman had completed a scent preservation kit which allowed the dog assigned to her case to track her down more easily. She was missing for hours, but when Deputy Justin Williams and his dog Ally were sent out to look for her, it took them less than five minutes, using the kit as a navigation tool. 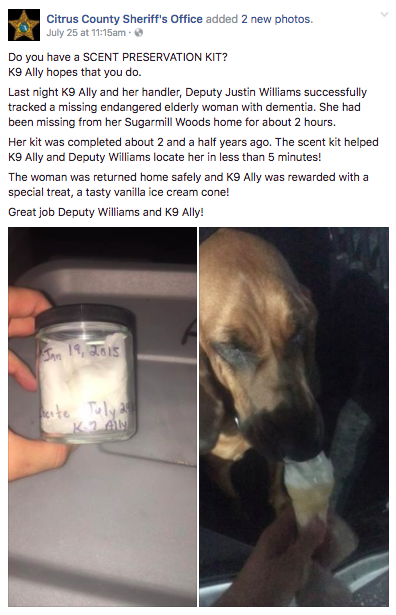 “Anything that helps find a missing person is exciting,” said Michelle Branham, vice president of communications and public policy for the Alzheimer’s Association in central and north Florida.

The foresight of this woman and her family may have saved her life, and we hope her story inspires others to make a scent preservation kit too, potentially saving numerous lives in the future. People who suffer from Alzheimer’s and dementia, as well as those with autism and other disorders, are often prone to wandering off without telling anyone where they’re going and then getting lost or harmed. Their stories end in tragedy far too often, but these kits could help locate many of them before anything terrible has a chance to happen.

In order for the kits to work correctly, however, we need to raise awareness of their existence and encourage people to use them as a safety precaution for children and adults prone to wandering. They’re remarkably easy to obtain and use, so far more people should be using them than currently do.

The scent preservation kits, invented by former FBI forensic canine specialist Paul Coley, capture the distinct smell of an individual’s armpit to help K9 units track down that person if they ever go missing.

“Speed is the most important thing in a missing persons case,” Coley says.

The kits contain a special jar, a sterile gauze pad, a label, tamper-proof tape, and detailed instructions. Once you have yours, you can simply wipe your armpit a few times with the provided pad, place it in the jar, and close and label the jar. Keep the kit in a cool area and do not open it once you’ve completed it. An evidence seal also helps keep the scent from becoming contaminated. If you’re helping someone complete a kit who cannot do it themselves and you have to touch the sterilized pad, it is important that your name goes on the label as well so authorities know exactly whose scent the jar contains.

After you’ve completed the kit, you can simply give or send it back to the local police department, where it will be stored in case you or your loved one ever goes missing. 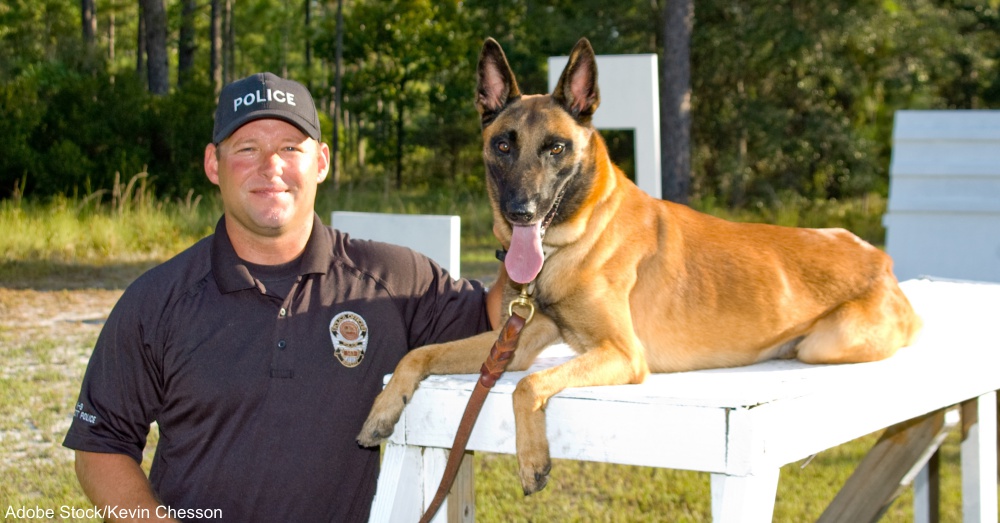 People with autism, dementia, Alzheimer’s, and even just young children who could wander off or be abducted stand to benefit so much from this simple invention. Only a few Florida police departments are currently using this system, but we hope it will become much more widespread in the future. You can check out several types of scent preservation kits to meet the specific needs of everyone in the community here.