Little Melody, a four-year-old girl, had just recently been diagnosed with autism when she nearly lost her life.

And if it weren’t for two young heroes, that may have been exactly what happened.

Two twelve-year-olds, Markuise and Cameron, were on a bike ride when they saw Melody swing from a tree limb over Peach Creek nearby Houston, Texas. The boys reported that she fell in the water and appeared to be drowning. So they rescued her and flagged down a passerby who could help by calling 911.

Thanks to their quick thinking and heroic efforts, Melody was safely returned home to her mother and step-father. 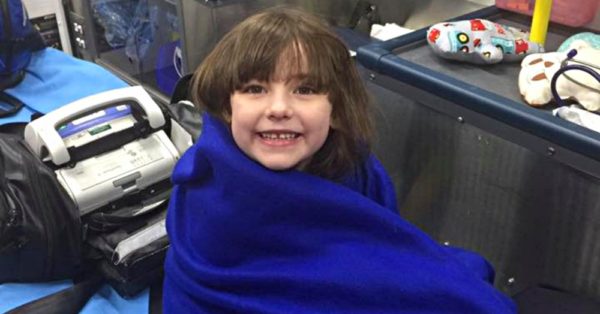 “The two 12-year-old boys who saved this girl are heroes in the eyes of RFPD,” said the Roman Forest Police Department in a Facebook post. “Thank you for your quick action.”

This story of a wandering child with autism had a happy ending, thankfully, but not all wandering stories end like this. You can help us change that, though. When a child with autism wanders away from safety, time is not a luxury that emergency responders have. The quicker they can find a child who has taken off, the more likely they are to rescue the child from harm’s way. That’s why the FOUND program is so essential. It makes use of a wristband transmitter that allows police and other emergency responders to quickly find wandering children and reunite them with their families.

With a charitable donation, you can be the hero of another child’s wandering story. Just $30 keeps the FOUND program up and running for a month.