Does Rapid Prompting Method REALLY Work, or Is It Pseudoscience? Here’s the Controversy…

What Is The Positive Side of RPM?

Flipping the biggest argument against RPM on its head, we do not have proof that RPM doesn’t work. So it’s possible it may work for some individuals.

And though we don’t have scientific evidence, we certainly have anecdotal evidence. Individuals communicating through RPM eventually can do it completely independently—to the point where, like Tito Mukhopadhyay, they can even write books. And he’s just one of the many who has achieved the ability to do so. Ido Kedar is another example of a nonverbal individual who communicates through typing…and he learned it through RPM. Dillan Barmache, the young man who appeared in a recent Apple commercial, is yet another example of this.

But don’t just take my word for it—see for yourself. In the video below, Ido responds to a question. The only guidance he is given is encouragement to keep going when he gets distracted.

And why should this be so astounding? As Ido points out in a blog post, all human beings have the capacity to understand language and to communicate, and that includes people with nonverbal autism. They are not like the famous horse, Clever Hans, who appeared to do math but in reality took cues from his handler. People with nonverbal autism are not animals and we can’t compare them to animals, like the ABA instructor cited in Ido’s post tried to do. Doing so is an insult to their intelligence—which, emerging research indicates, many of them do have. So if they are intelligent beings—human beings—shouldn’t they also have the capacity for language? And if so, is RPM really that big of a stretch?

Targeting the argument that RPM is a rebranded form of FC, proponents of the practice note that there is one significant difference between the two methods, and that’s touch. FC uses touch to guide the individuals, whereas RPM just holds the letterboard and lets the person point themselves. Of course, the argument could also be made that, similarly to FC, facilitators of RPM subconsciously move and manipulate the letterboard to get the other person to say what they want them to say. Again, we need to study RPM’s efficacy in order to see whether this is true or not; right now, it’s impossible to say for sure one way or the other.

And of course, another positive thing about RPM is the potential impact it could have. It’s hardly an exaggeration to say that, if it really is legitimate and really does work, it’s a miracle. Giving a nonspeaking individual the tools to communicate their thoughts and feelings, when at one point they were trapped inside themselves? That’s huge. That’s life-changing. That’s invaluable. The importance of communication cannot possibly be overstated. As I learned at an autism conference in Lansing, communication is power…and it is the first thing people with autism need to have some sort of access to. 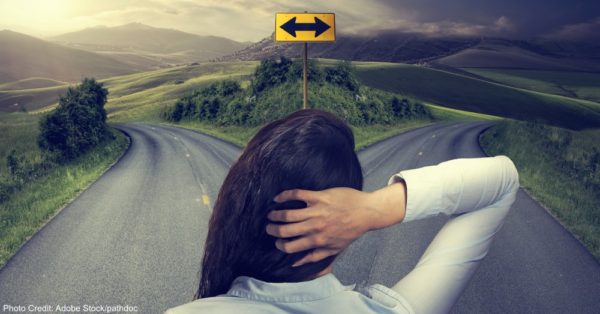 Ultimately, only you can answer that question. You alone know your child and your family’s current situation. I have presented some arguments both for and against it to help you make that educated decision.

But before you decide for sure one way or the other, be sure to consult other sources. Don’t just take my word for it or against it. Learn more about FC and the parallels between that and RPM. Read some testimonies, watch some YouTube videos, and check out what the skeptics have to say.

Whether you choose to pursue it or not, I wish you the best of luck, friend.

So do we. That’s why we’ve written a petition, asking the National Institute of Child Health and Human Development to provide us with research that will answer our questions once and for all.