Losing a loved one is perhaps one of the most painful things a person can experience. For one nine-year-old autistic boy from Cohoes, New York, that was exactly what happened…times two.

“Every single thing that meant something to him he lost in a matter of 22 days, at nine years old, and being autistic,” said his aunt and new legal guardian, Crystal Skawinski.

Robbie’s understanding of their passing is that “Mommy went to the hospital and daddy went to work.”

To explain his parents’ deaths to him further, Skawinski says they crossed over the “Rainbow Bridge.” Robbie’s father had told him about this when his mother died, so she continued the concept after his father passed. On her phone, Skawinski also has a picture of a gorgeous rainbow that spanned over top of Robbie’s school on the day his mother died. 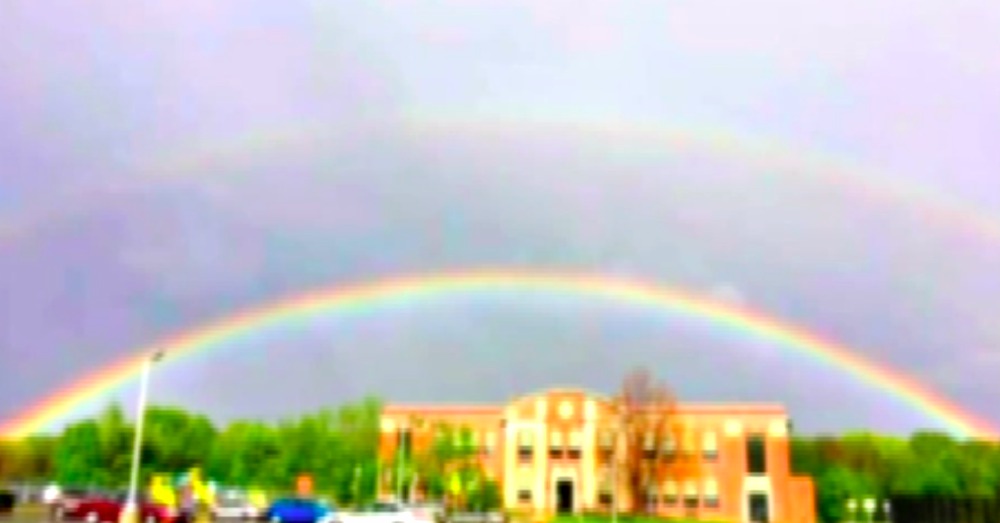 Now, whenever it rains, the duo go outside and see if they can find a rainbow. Those colorful light displays bring comfort to Robbie and help him feel like his parents are nearby.

Rainbows are relatively rare, however, so even if he and his aunt go looking for them, they may not find them.

That was why Skawinski took to Facebook and requested that people send pictures of rainbows—double rainbows, especially, if at all possible.

Her post exploded across the internet, and she received thousands of rainbow pictures from all over the world—even as far as Taiwan!

“I had no idea that one little picture of my nephew standing there looking for a rainbow was going to bring this kind of support,” she said. 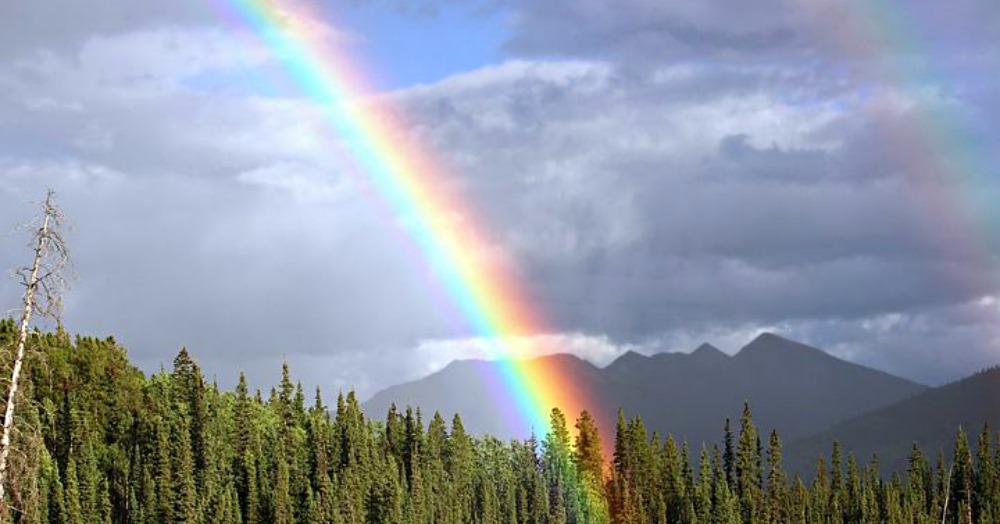 She’s now hanging onto those pictures and plans to show them to Robbie on days when he particularly needs his parents.

Learn more about this sweet story in the video below!