When we talk about autism intervention and treatment, we often refer to early intervention for toddlers and little ones. Rightfully so; experts indicate that the earlier a child on the spectrum receives therapy, the better off s/he will be. However, we also need to remember that children are not the only ones on the spectrum who need help and support; adults do, too.

Case in point: unemployment among adults with autism is extremely high, higher than those with any other disorder or disability. This, of course, does not mean that people with autism are incapable of working. It simply means that those going into the work force need more support and help than they’re currently getting.

That’s why I’m so excited to tell you about Project SEARCH, an intensive job training program for young adults with special needs. 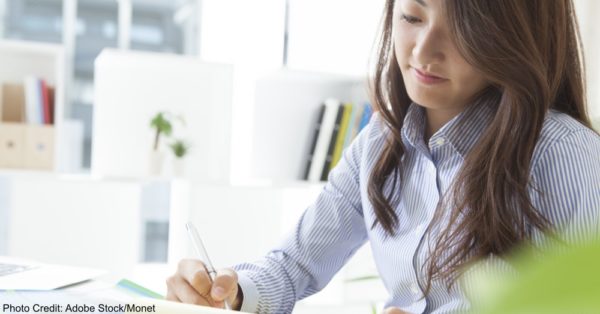 A 2016 study from Virginia Commonwealth University looked at 31 students on the spectrum, ranging from ages 18 to 21, who participated in Project SEARCH and Autism Spectrum Disorder Supports. Three months after the program ended, a whopping 90 percent of students had a part-time job of some sort, earning at least minimum wage. And even better, 87 percent were still employed a year after the program ended.

In fact, the study’s authors said these intensive internships “acted as the vocational training equivalent of intensive early intervention.” (Wow!)

At this point, you may be starting to feel a little sad, thinking, “Oh, this must be for those with milder autism. My child wouldn’t be able to do that.” Not so fast! According to Project SEARCH’s website, the program is meant to serve students with “significant intellectual and developmental disabilities” and that “The most important criterion for acceptance into Project SEARCH is a desire to achieve competitive employment.” Remember that study I just mentioned? Not a single student participant as able to meet the academic requirements for a traditional high school diploma; all were on track for a “special diploma.”

So this program isn’t just for the so-called “high-functioning.”

Now how awesome is that?!

Programs like these are vital for people with autism. Those who can and do work can support themselves and therefore live more independently. And that, friends, is priceless.