When Frozen hit theaters in 2013, America didn’t know what it was in for. Since its release, children and adults alike have fallen in love with this Disney hit! But whether they liked the movie or not, there are some guys who went above and beyond the call of duty to bring joy to the lives of their kids…Take, for example, this London tattoo artist taking his daughter to a sing-along screening!

Dad Of The Year / Via Wabbeyen

Recently, there have been pictures like this surfacing on the web of dads dressing up like Elsa for the enjoyment of their daughters (or in one case, his niece). Here’s our salute to 6 of these awesome guys who are willing to risk embarrassment in order to bring a smile to a child’s face! Stick around for our #1 pick. It’s too adorable!

4. Uncle Jesse dressed up like Cinderella because his niece was too shy to do it by herself! 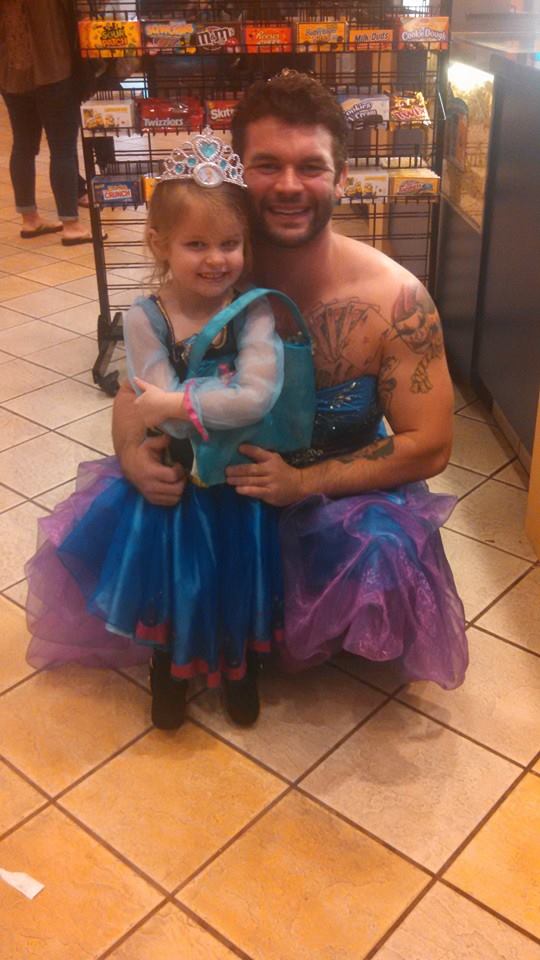 CHECK OUT THE OTHER ADORABLE PRINCESS DADS ON THE NEXT PAGE!