Staff Postpones Flight to Help a Frightened Passenger with Dementia

Any time a flight is postponed, passengers generally get cranky about it pretty quickly. But that wasn’t the case with Alaska Airlines flight 748 out of Seattle. When an older woman with dementia became confused and frightened prior to takeoff, flight staff stopped what they were doing to help her. And a few rows back, Kristen Wiley dug out her camera.

Wiley later posted the photo to social media in an effort to say thank you to the crew aboard the flight who went above and beyond to make sure the woman was comfortable and taken care of. According to Wiley, staff members spent 45 minutes patiently explaining to the woman what was happening, working on a solution with her son, cuddling her dog, and more. They also took the time to explain the situation to the other passengers.

Eventually, the flight staff was able to assist the woman and her son in getting off the flight with plans to try flying again the next day if the woman was feeling better. They provided a hotel room and transportation for the elderly woman to go get some rest before giving the plane ride another try.

Wiley says she is a loyal lifetime customer now that she’s seen the staff of Alaska Airlines show so much compassion for a passenger in a difficult situation—even if the problem was all in her head.

Although the 45-minute delay may have screwed up a few passengers’ schedules, we think it’s safe to say that turning around an emotionally terrifying experience into a positive experience for a vulnerable senior was well worth it. 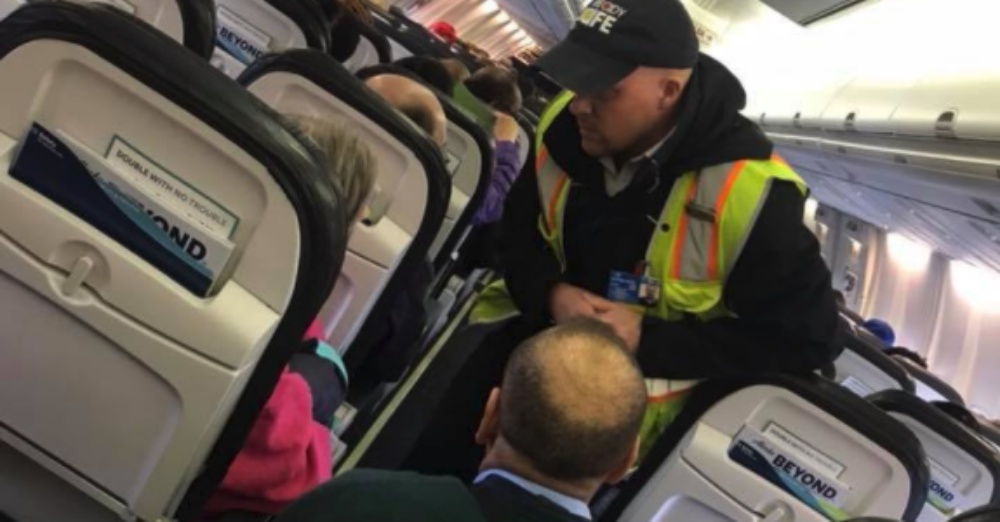 Thank you, Alaska Airlines, for your compassion and understanding. Thank you also, Kristen Wiley, for calling the world’s attention to such an amazing act of kindness. We need more people like all of you in the world, people who are willing to slow down and take some extra time for someone in need.