When Sam, a 27-year-old man on the autism spectrum, got sick of the cart-pushing job he’d spent six years doing, his family realized they needed to work together to find something more meaningful and fulfilling for him.

Sadly, many people like Sam who have autism struggle with social skills, particularly in high-stress settings like job interviews. So even though many of them are intelligent and qualified for skilled positions, they’re easily overlooked because they come across as less personable or less capable than others. 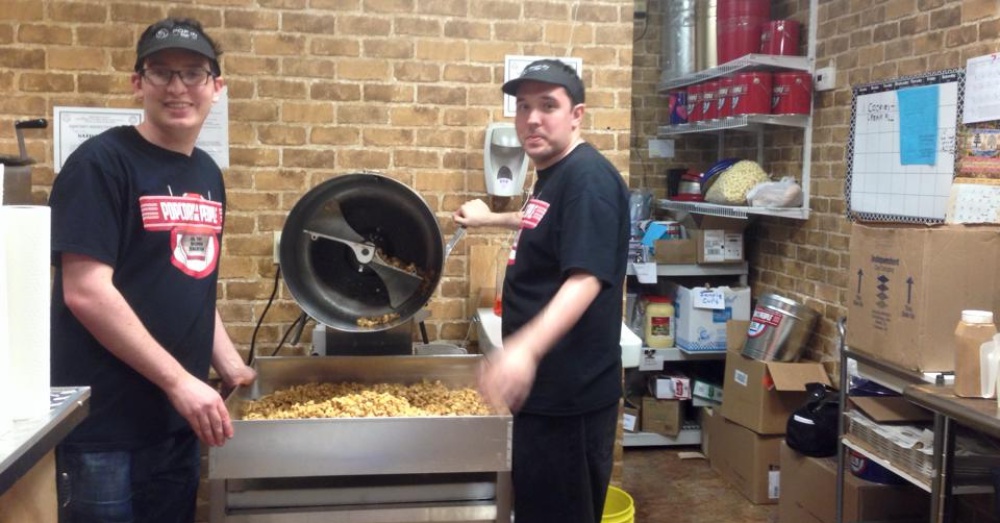 So Sam’s family decided to do something different. His parents, Rutgers University professor Dr. Barbie Zimmerman-Bier and her husband, radiologist Dr. Steven Bier already operate a charitable organization called Let’s Work For Good, so they created a nonprofit subsidiary called Popcorn for the People, the proceeds of which go toward creating new “popportunities” for people on the spectrum to learn skills and gain meaningful employment. 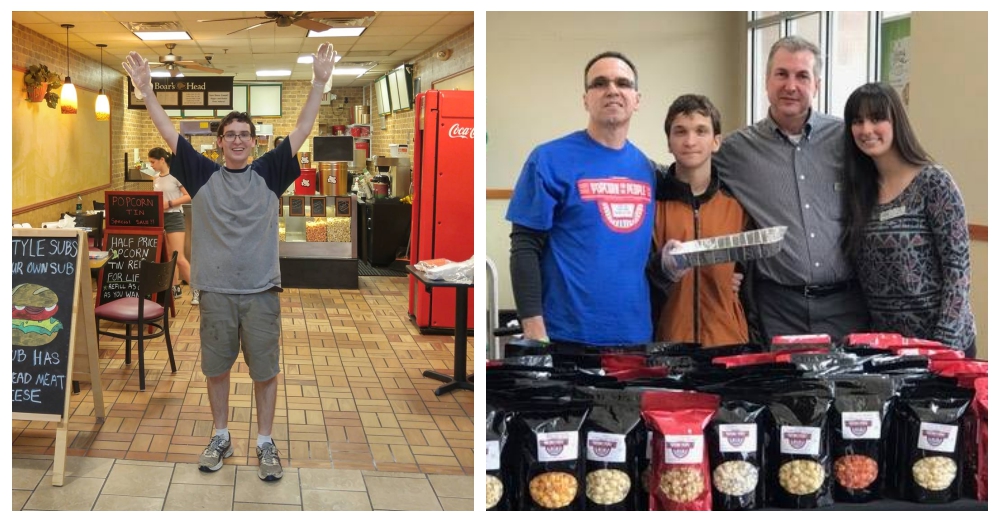 “Knowing that the unemployment rate is 80-90% in the autistic population, we asked ourselves: where can a bright, energetic young man who views the world a little differently find work, fulfillment and happiness?” says Popcorn for the People’s website. “Just when we were beginning to think the options were grim we spotted Sam gleefully tossing popcorn into his mouth while laughing at Monty Python.” 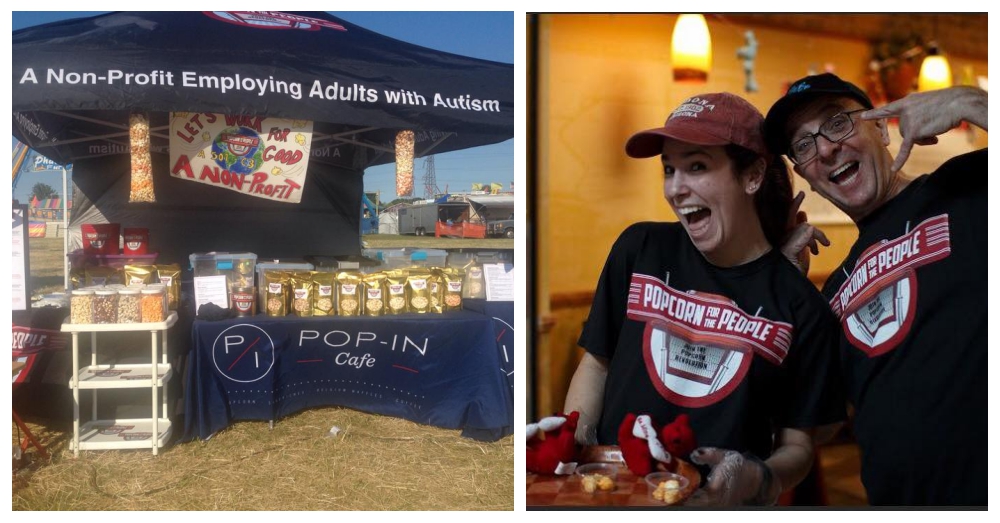 Popcorn for the People, which started as a little 4-employee pop-up shop called Pop-In Cafe that had only one worker with autism (Sam), now has about 50 staff members, nearly half of whom have autism. The Biers say every purchase of a tin of popcorn provides at least an hour of meaningful employment for someone on the autism spectrum. 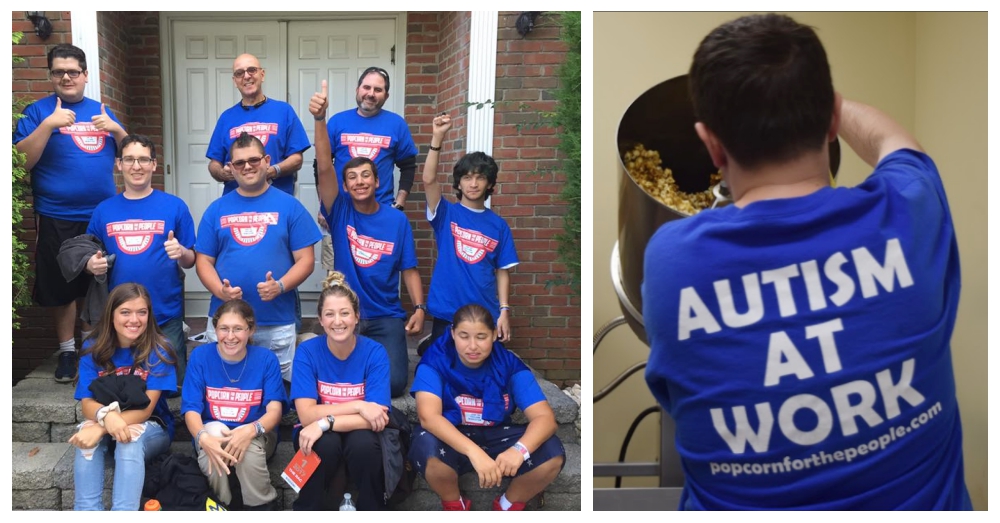 But Popcorn for the People isn’t just creating jobs and job-related skills like food preparation. The company is also working with their employees on the skills they’ll need for the rest of their lives, including money management, social skills, job interview skills, and “watercooler life skills.” These are the types of abilities they’re going to need not only in the popcorn business but also well after they move on to other opportunities. 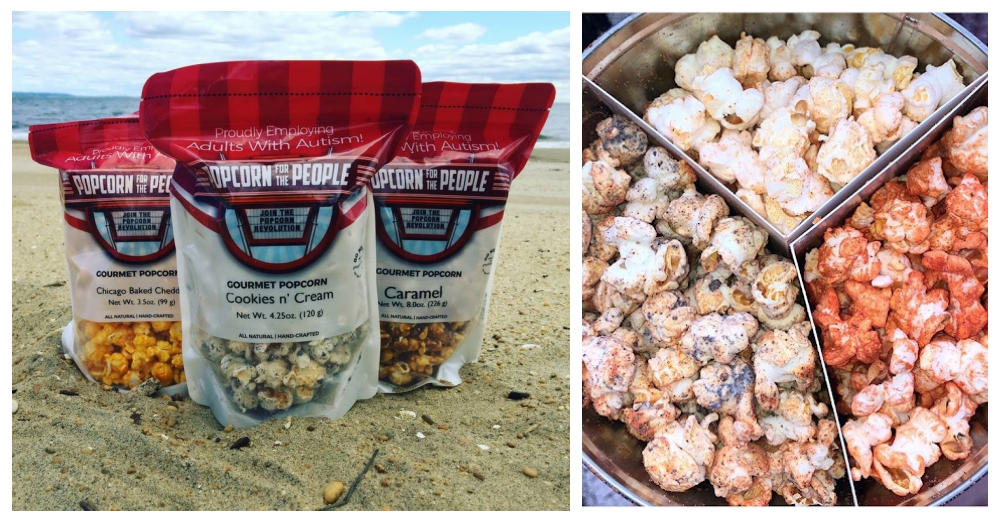 On top of it all, Popcorn for the people has some fantastic products to share with the world, created by chef Agnes Cushing-Ruby, who donates 40 hours to the company each week. Their flavors include the regulars (white cheddar, caramel, butter and salt, etcetera), as well as some exciting originals like dark chocolate espresso, french toast, and buffalo wing. Their best-seller is cookies ‘n’ cream, nicknamed the “OMG! Popcorn” because that’s what everyone says when they try it. And if you just can’t decide on one flavor, you can customize a tin with a few different ones!

Thank you to Sam, the Biers, and all of the people who made Popcorn for the People happen and who continue to make the world a better place one “popportunity” at a time!

This Coffee Shop Is Reminding People That Different Doesn’t Equal Broken: Click “Next” below!