17-year-old Matthew Brace was supposed to have his birthday party at one of his favorite places this year—Chuck E. Cheese. But because his birthday happened to fall during the spring of 2020, during the COVID-19 pandemic, his party was sadly canceled.

Matthew is living with autism as well as heart and lung issues. His health is particularly fragile, though, so the birthday party he’d wanted just wasn’t a possibility during a pandemic, because catching the COVID-19 virus would be very dangerous for him. 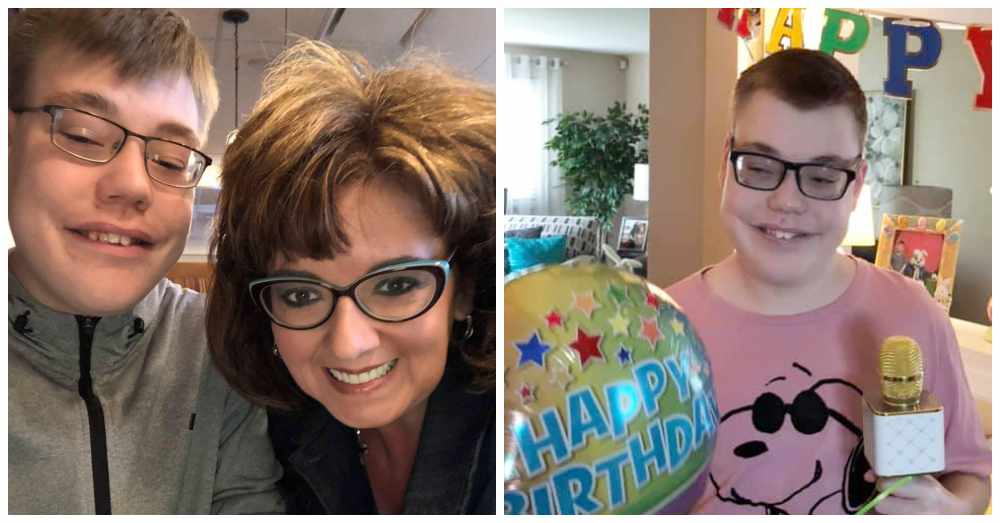 But Matthew’s mother, Pamela, still wanted to do something special for her teenage son on his birthday. He has been through a lot in his life and manages to stay positive through all the struggles. So she called up a local emergency department and asked if they could drive by with one or two vehicles, like a fire truck or a police cruiser, so that Matthew could enjoy a mini-parade.

“I just thought of it yesterday. I was working from home, and he likes police cars and firetrucks, and I just figured I’d reach out to them and see if they’d do it,” Pamela said. 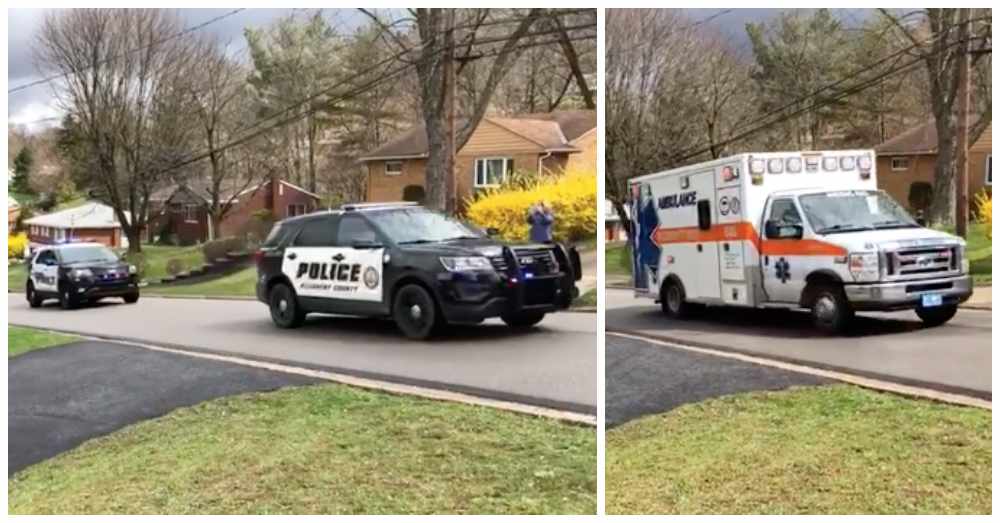 When she called the Bethel Park Police Station, she spoke with Detective Sean Gorman, who agreed to send out the mini-parade Pamela had requested. But he didn’t just send one or two vehicles. He rallied first responders from half a dozen departments and brought nearly 30 vehicles along for the parade.

Matthew stood in his driveway in his favorite Easter bunny costume and waved at all the police officers, firefighters, and other first responders as they passed by his house.

Pamela filmed the whole event and posted a photo and video on Facebook later thanking Detective Gorman and the rest of the wonderful people who helped make her son’s special day one to remember. 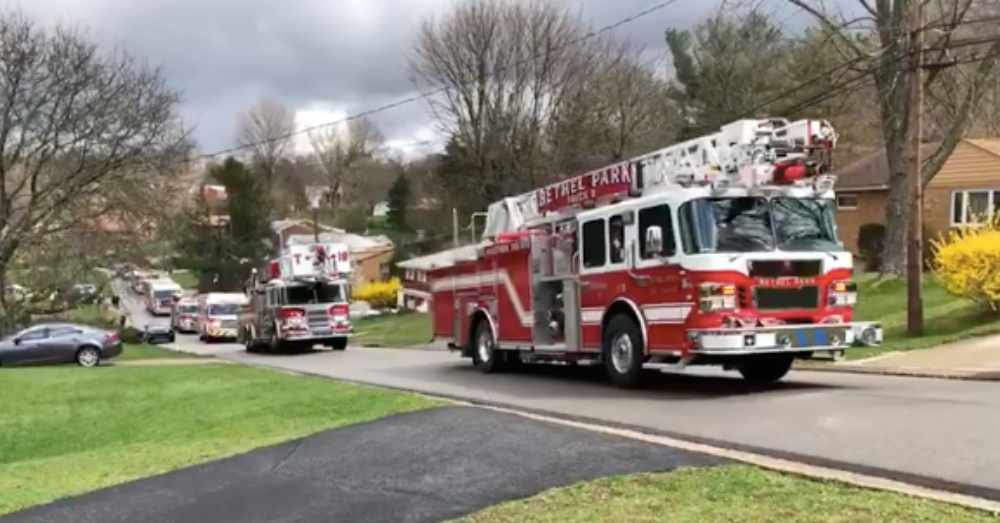 “Happy Birthday to my AMAZING Matthew!!! I love you to the moon and back!!!” she wrote. “Since we had to cancel your party…I made this happen to brighten your day!!!! Your own private parade in honor of YOU!!! This was amazing!!! Words cannot express how grateful we are to the Bethel Park Police and Fire and EMS, Upper St. Clair Police, Fire and EMS and Mt. Lebanon Police, Fire and EMS. You made Matthew’s birthday AMAZING!! Thank you from the bottom of our hearts!!” 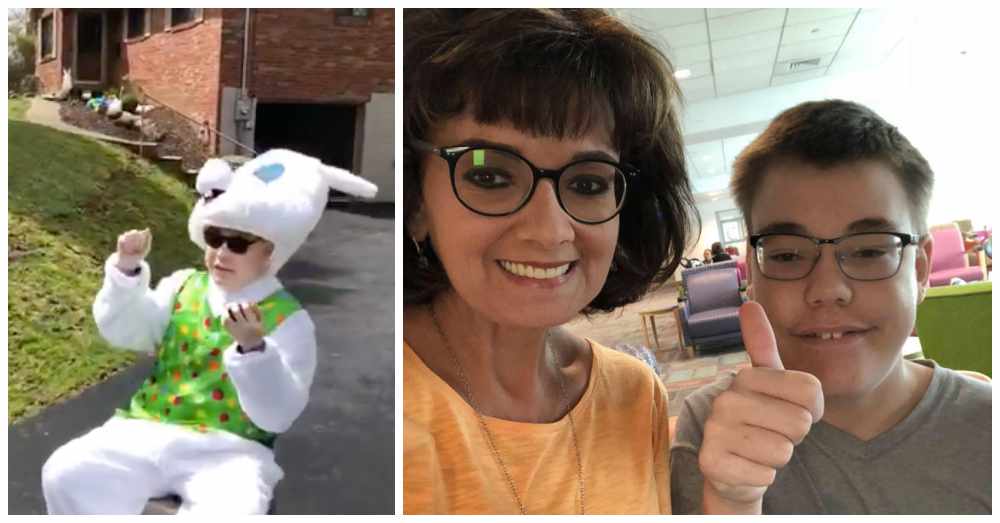 What an amazing way to bring joy not only to a young boy who loves police cars and firetrucks but also an entire neighborhood under stay-at-home orders! Sometimes the most disappointing and disastrous events become the perfect occasions for people to come together and do beautiful things like this. We hope your faith in humanity is restored!

Check out the video below to see Matthew’s birthday parade!

Bullied Boy Invites Cop To Birthday Party And He Arrives To Find No One Else Showed Up For Him: Click “Next” below!