After A Boy With Autism Missed The Polar Express Train, The Conductor Reached Out With A Gift

Ty is a young man with autism who has always dreamed of going on the Polar Express. The train from the classic children’s story comes to life in Williams, Arizona, every year, courtesy of the Grand Canyon Railway & Hotel.

When Ty and his parents, Angie and Lloyd Swartout, finally had the chance to take the special ride the company offered, Ty became so overwhelmed and excited about the prospect that he had a meltdown. He began to strike out at his parents and harm himself when it was time to board the train.

Even though staff initially tried to hold the train for him, his parents eventually had to give up and head back to their hotel, their hearts broken. 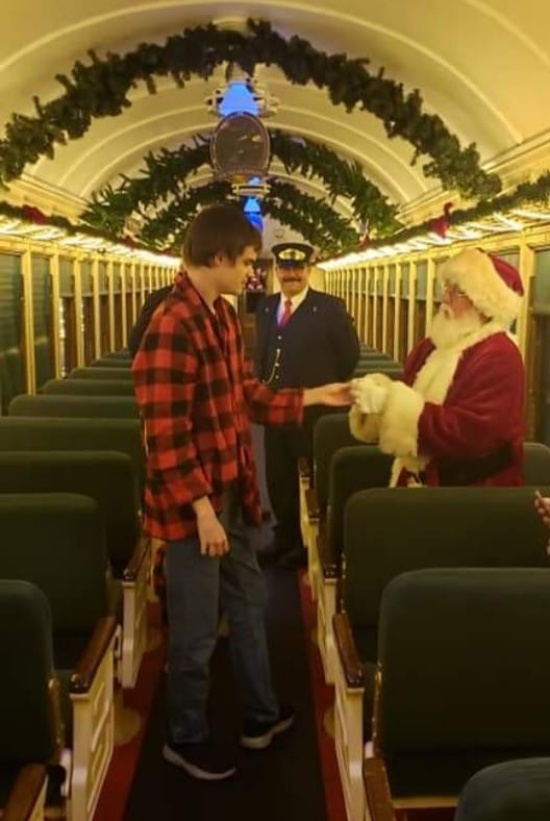 “He beat me and his dad up pretty badly,” wrote his mom on Facebook. “A wonderful woman helped us by holding our stuff while we tried to keep Ty from smashing his head on the bricks. The staff of the Grand Canyon Railway tried so hard to help. They even held the train. Finally, I had to say let’s go back to the room. I cried all the way back. My heart was shattered. I wanted this so badly for my son. He loves trains and he loves the Polar Express. This was a dream come true. But it didn’t happen.”

The family got back to their room at the hotel and settled down together. A little while later, there was a knock at the door. 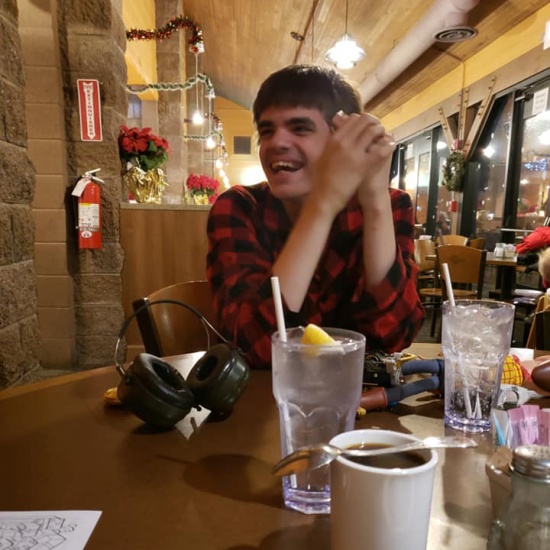 One of the men who had tried to help the Swartouts was standing there with a police officer, and they said they’d like to do something special for the family.

Angie went back into the room and tried to coax Ty out of bed to see them, but he refused. Lloyd continued to speak with the two men outside while Angie read Ty his favorite book — the Polar Express, of course! Then Lloyd came into the room and asked Ty if he would accept a special visitor.

Ty nodded yes, and in walked the conductor of the train! 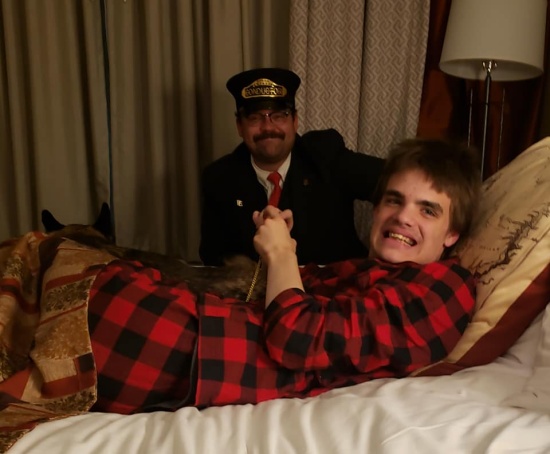 “He sat next to Ty’s bed and chatted with him,” Angie wrote. “Ty was star struck. He was so excited and happy. Then the conductor gave Ty his pocket watch!”

Not only had the conductor given Ty the pocket watch, but he also came back later with a bell from the North Pole.

After he gave it to Ty, he whispered to his parents, “”Tomorrow stop by the station for a refund.”

The family was so touched by the conductor and staff’s response. But there was more! 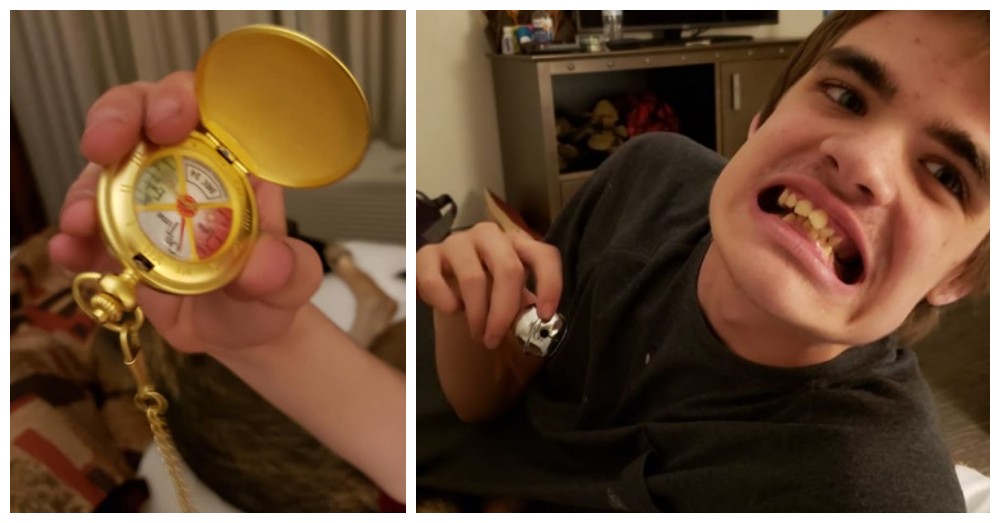 Then soon found out that the hotel and railway were going to reschedule the family’s visit and special accommodations.

“They said that they want everyone to experience something special and magical,” Angie wrote. 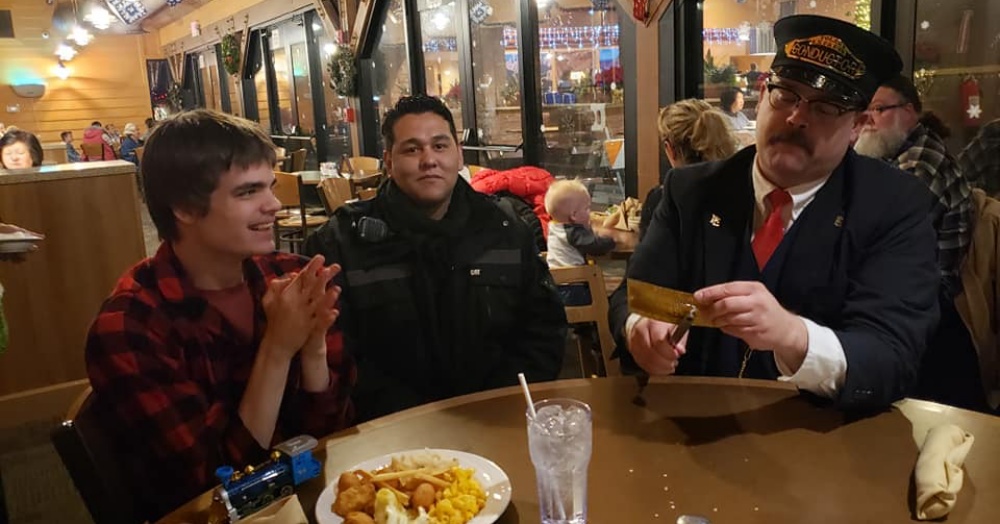 After posting about the incident, the Swartouts’ post went viral, gathering up over 122,000 likes and 243,000 shares.

The family updated their original post later and also posted several more times about the rescheduled visit — and it seems like it was a huge success! 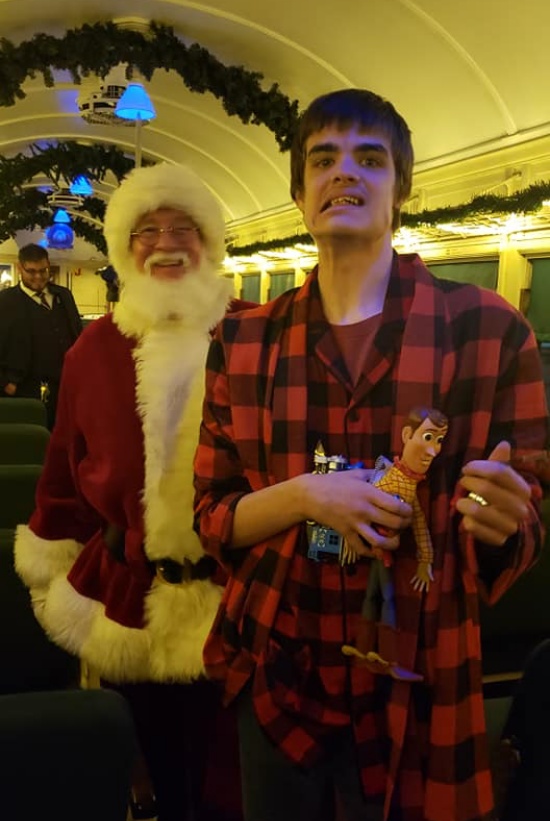 “They are giving us dinner, a hotel room, train tickets, and breakfast all on them! To top everything off The Conductor will be having dinner with us and take Ty on a tour!!! They want Ty to experience his dream of riding the Polar Express!!”

“We may not have gotten to ride a train but we got something even more magical…..We got the gift of human kindness!” the family said.

Mom Describes Snow White Actress as a “Pure Angel” After She Comforts Autistic Boy During Meltdown: Click “Next” below!