Autistic Boy Only Wears These Discontinued Boots, So Aldi Tracked Them Down for Him

When Hannah Brooks took her son Sammy shopping at Aldi, she was surprised to see him pick up a pair of wellington rain boots with penguins on them.

“I thought when he picked them up he would never wear them, he doesn’t really like shoes, but he fell in love with them,” says Brooks. “In the shop, he was holding them close to his chest, like he was having those wellies no matter what. I bought them for about £5—they were in the special buys section—and he has worn them ever since.”

Brooks isn’t kidding when she says these are the only boots Sammy will wear. Her son is on the autism spectrum, and he also suffers from global development delay, speech delay, sensory processing disorder and sleep disorder. It’s common for people with autism and sensory processing disorder to become fixated on certain objects and refuse other similar items, simply because of a small difference in the texture, color, or some other detail. 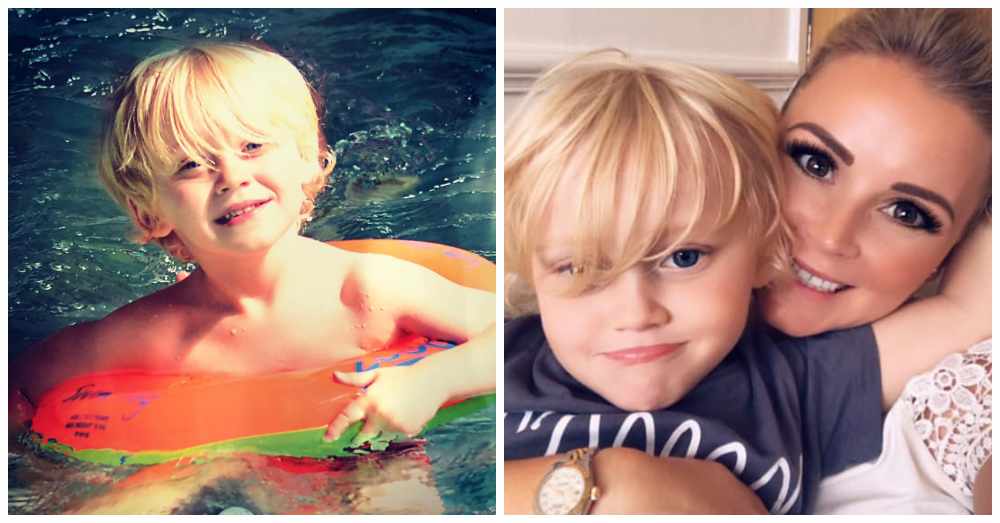 Some people with autism will only eat a few foods, while others like certain clothing styles because of how the fabric feels. For Sammy, the penguin wellingtons are about the only footwear he can stand, although no one quite knows the reason why.

“They are literally the only things he will put on his feet,” says Brooks. 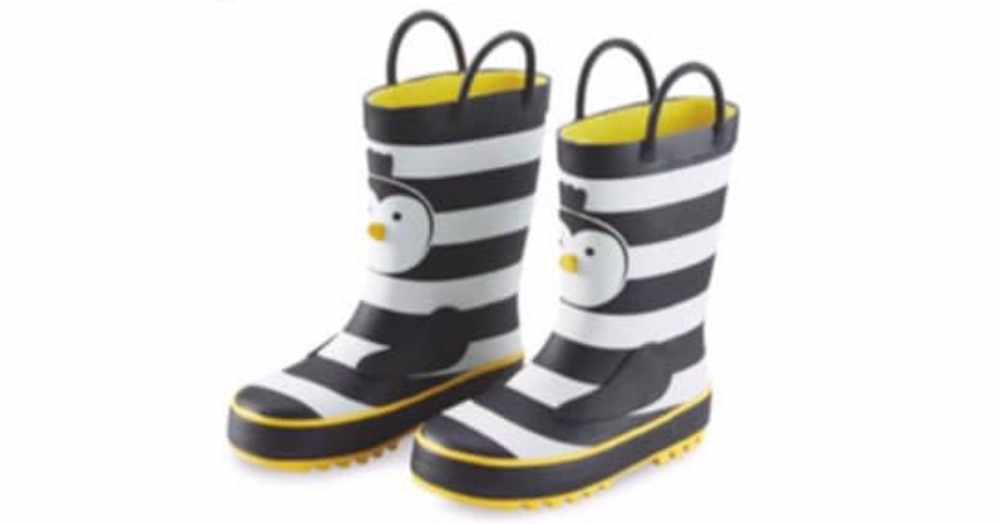 The boots have been a godsend to Brooks, who has historically had lots of trouble keeping Sammy’s feet dry when he goes outside to play. But sadly, kids are notorious for outgrowing their boots, and Sammy was no different. A year later, he is now too big for his “wellies” but still stuffs his feet into them for short periods of time, until they hurt him too much. He won’t even wear socks anymore, because he can’t fit his feet into the boots with them. 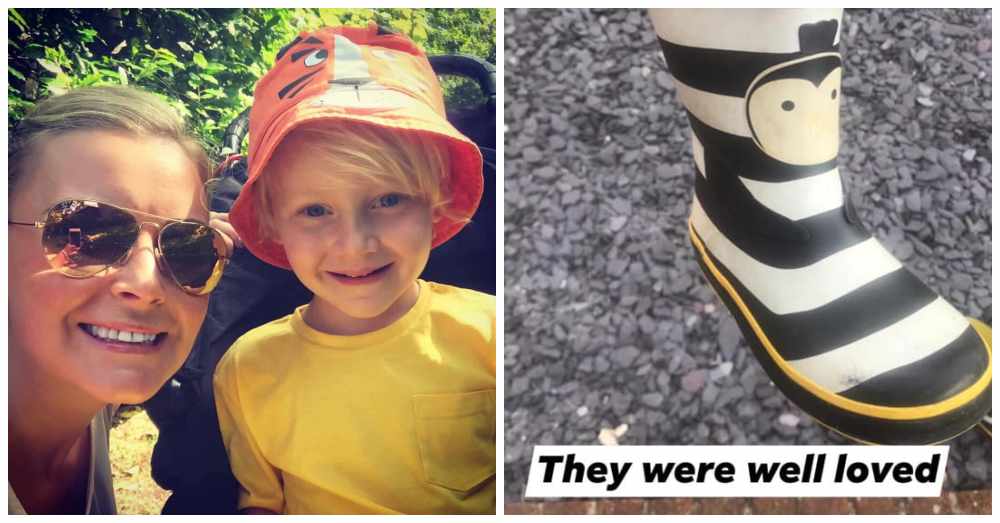 Brooks says she’s taken her son shopping several times, hoping to find another pair of boots he’ll agree to wear, but he refuses all of his options.

“I have ordered so many different pairs and had to send them all back because he won’t wear them,” she says. “I have found some that look similar and I have put them on the floor in my house hoping that he might put them on one day. I don’t know why he likes the penguin ones so much, the only thing I can think of is that they are in a YouTube video he watches, so It must be that.”

4-year-old Sammy also does not talk yet and has a limited understanding of verbal communication. He cannot comprehend why he is not allowed to wear his wellingtons anymore, and he can’t see reason as to why he must pick out a new pair. 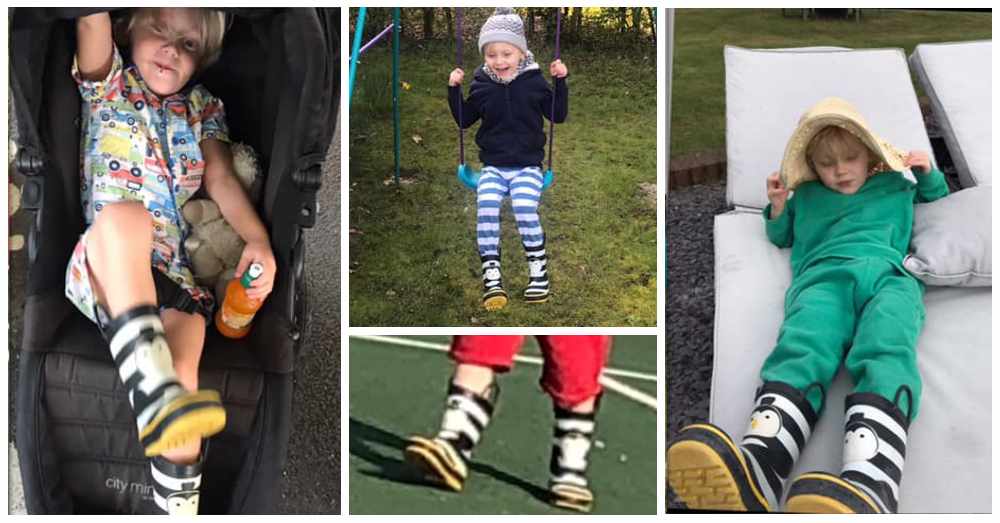 Interestingly, Brooks has also received word from a few other autism parents that they have had the same struggle with their children and the very same pair of wellingtons! There must be something about these boots that’s just perfect for sensory-sensitive feet!

So Brooks set out on a desperate search for a larger size of the exact same style of penguin wellingtons for her son so that she could keep him dry and warm in the rain and snow. She called Aldi and searched on Amazon and other online retailers, only to find out that the boots had been discontinued and that she wouldn’t be able to buy them anywhere. With that possibility gone, Brooks began to ask other parents if they could send their children’s gently used outgrown penguin wellies to her, but she had little luck finding the special footwear even then. 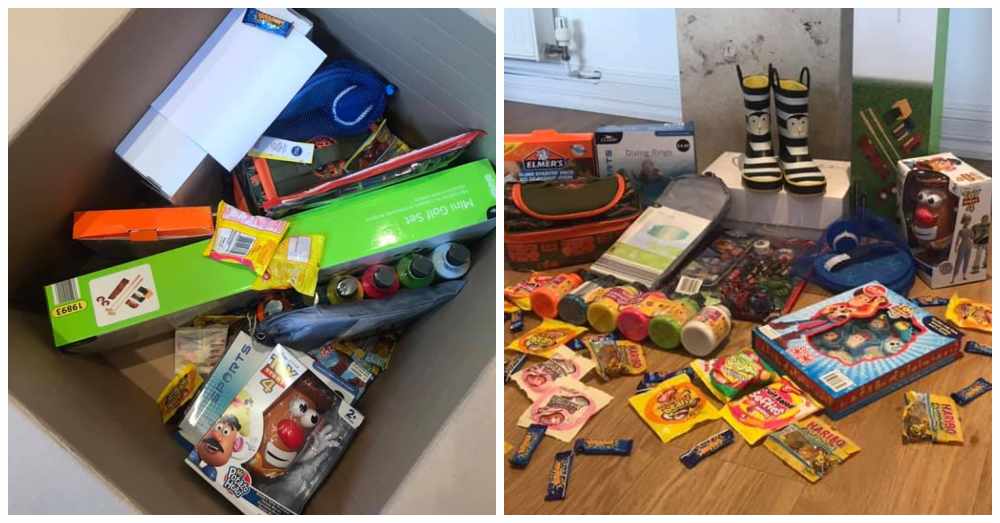 Luckily, Aldi wasn’t done pulling strings. After several weeks of searching, they sent Sammy a package containing his favorite wellies (child’s size 11), some treats, and a letter. The letter reads:

“Dear Sam,
Your mummy recently contacted us here at Aldi as she has been desperately trying to find you a shiny new pair of penguin wellies. We’ve worked our magic over the past couple of weeks, and in this box is a new pair for you in a bigger size, along with a few other treats for you to enjoy. It would really make us smile if you could send us some pictures of you wearing your new wellies!” 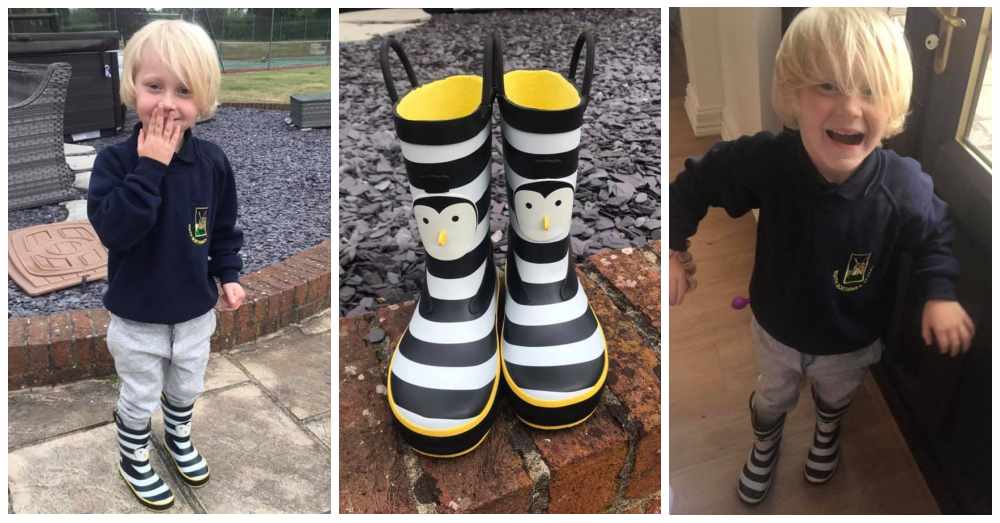 “Miracles do happen!” Brooks wrote on Facebook. “A lovely lady called Kim from Aldi UK got in contact with me to see if they could make him some especially! She contacted the manufacturer, and they agreed to make them. Between Kim and her colleague Katie, they made my little angel an extremely happy boy. Today when Sammy got home from school, this parcel from Aldi was waiting for him, exploding with goodies, and those brand spanking new size 11 wellies. 👏💕”

Thank goodness for companies like Aldi that still care about individual customers enough to go out of their way to fulfill special requests! We’re all in this life together, and when we help each other out, everything is better!

At some point, Sammy will probably outgrow his new boots or wear them out to the point of being unable to use them, so Brooks is still keeping an eye out for the same style of boot everywhere she can think to look. Sammy currently wears a child’s size 10, so anything that size or above would be a big help to the little family.

Autistic Boy Only Likes One Table at One Restaurant, So Staff Makes Him a Special Sign: Click “Next” below!