Bean McKay is a 15-year-old boy from Virginia who loves to wear tie-dyed clothing, lives with autism spectrum disorder, and is very sensitive to the tastes and textures of different foods. Because of this hypersensitivity, the only thing he has much interest in eating is peanut butter and jelly on English muffins.

According to his mom, Tracy McKay, he’ll also occasionally eat cheese pizza from one particular restaurant in New York City, vanilla yogurt, and Reese’s peanut butter products. But for the most part, he’s sticking to that PB&J. So as you might imagine, he goes through peanut butter (creamy only) pretty quickly.

Back in February, Bean’s mother stocked up on 72 jars of creamy peanut butter while they were on sale for just 78 cents per jar at Lidl supermarket. Bean numbered all the jars to keep track of them, and began eating from them in order. About eight months later, he made it to the very last of the six dozen jars, and he and his mom thought it was about time there was another sale on peanut butter at Lidl.

So Bean sent out a tweet to Lidl in hopes of getting them to hold another sale and help his mom get the peanut butter he loves at a discounted price. 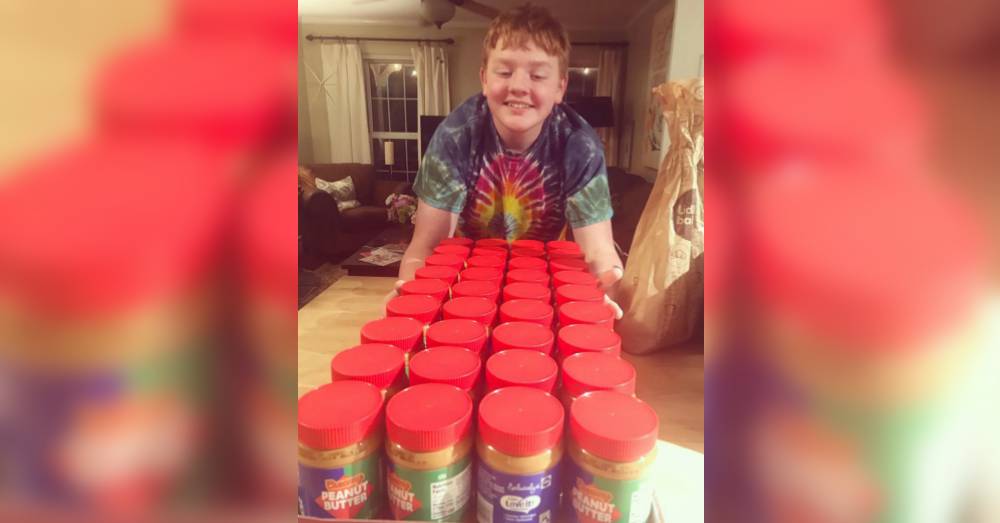 “Dear @LidlUS,” Bean writes. “My name is Bean. I eat peanut butter and jelly English muffins for three meals a day. Back in February, my mom bought 72 jars of your peanut butter when it was on sale for 78 cents a jar. I numbered each jar. I’m now on Jar #72. My mom says it’s time for you to have another peanut butter sale. Thanks for your help.” 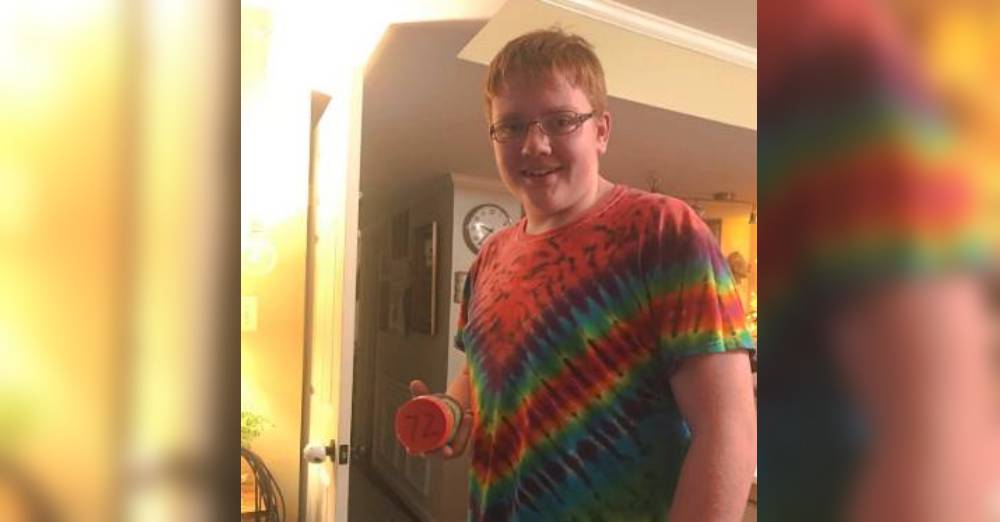 But Lidl decided to do one better for one of their absolute best peanut butter customers. The next day, the company wrote back to the tie-dye-sporting peanut-butter-loving Bean:

“Hi @BeanPhilosopher – If you get 72 retweets, we’ll give you 72 more jars of our peanut butter.”

But Bean was already way ahead of the game. The same day, he tweeted back, “I got 93 so far!!!” And Lidl quickly made good on their promise…and then some! 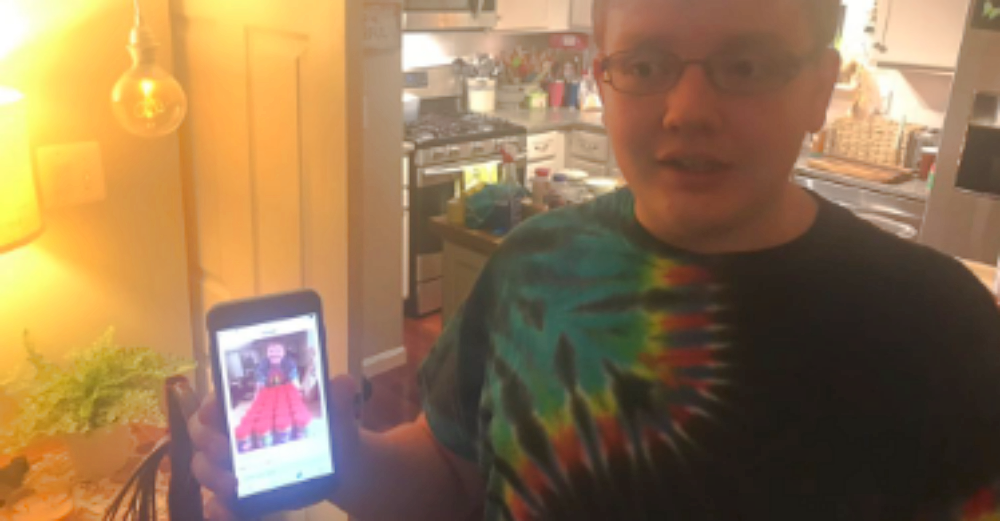 “We’ve got 72 jars on the way!” they wrote. “Are you willing to up the ante?! If you get 72,000 RTs [retweets], we’ll give you a lifetime supply of peanut butter. Do you accept our challenge? #LidlBeanutbutter”

It’s quite the proposition, but Bean had his game face on as he replied with a photo of his nearly empty peanut butter jar:

“Considering offer. In the meantime, we’re at dangerously low #LidlBeanutbutter levels. Where can we pick up our 72 jars?” 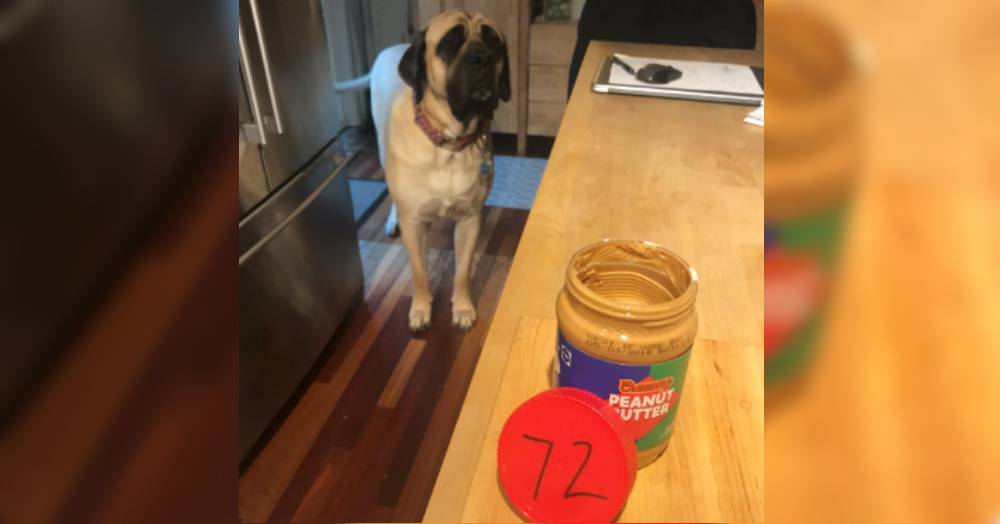 “The Lidl elves are working overtime to get the shipment to you!” Lidl replied. “If you need an emergency jar in the meantime, DM us and we’ll see what we can do 💫” 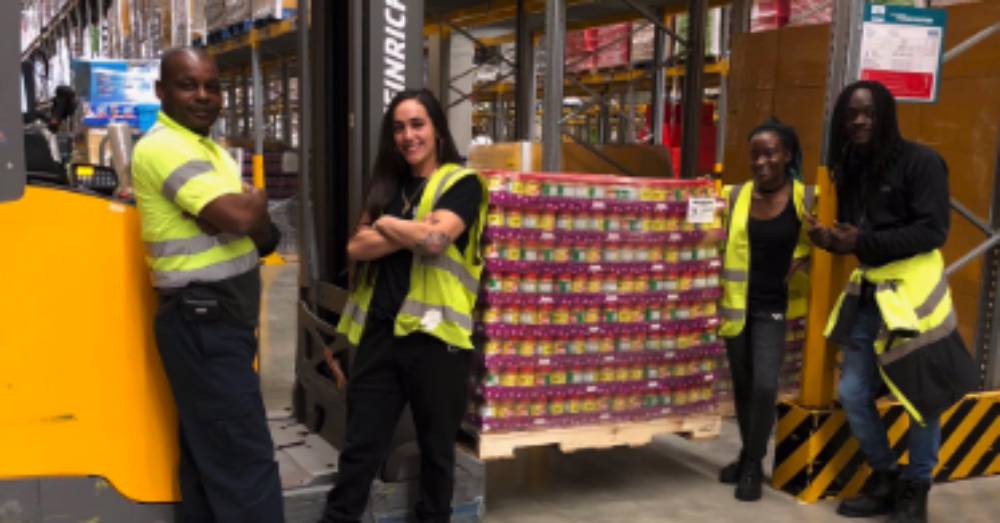 The Twitter conversation continues between Lidl, Bean, his mom, and lots of other Twitter users. Everyone, it seems, is using the #LidlBeanutButter hashtag in an effort to get Bean the retweets of his original tweet needed to earn him a lifetime supply of his favorite food. Bean and Lidl have been particularly clever in their use of gifs, and other people are commenting on the wholesome and comical nature of the conversation.

A few people have commented on Bean’s unhealthy diet, but his mom assures people she’s consulted three pediatricians and a registered dietician about the matter. Texture sensitivity and self-regulating of food are common in people with autism, most of whom turn out just fine, and peanut butter and jelly sandwiches are actually a fairly healthy choice compared to some of the foods texture-sensitive people often find desirable. Bean appears to be in fine physical condition despite his sensitive palate. 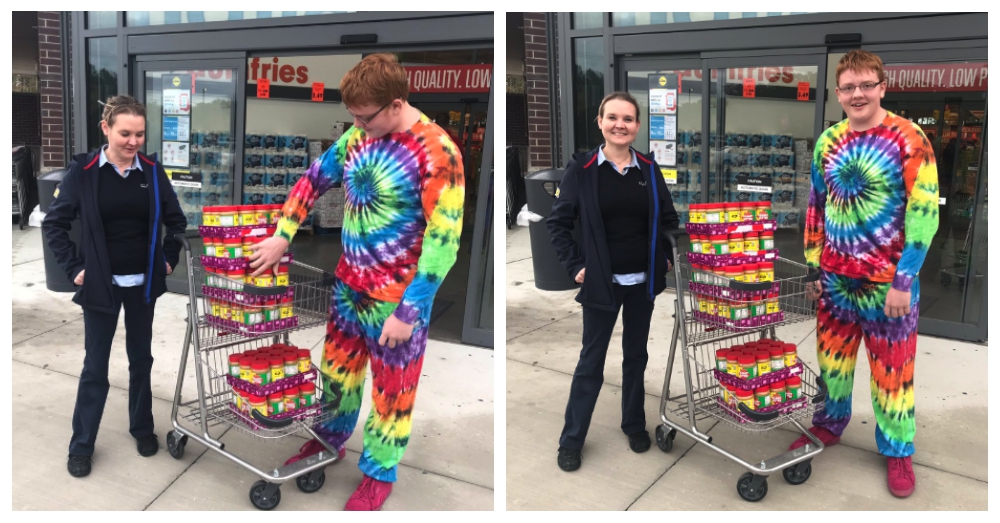 All the buzz over Bean’s special situation has led to lots of retweets, and it’s definitely looking like this kid is going to hit his goal and end up with that lifetime supply of creamy peanut butter from Lidl. He’s about halfway there already!

But for now, Bean’s content with his new haul of 72 jars, which he was able to pick up a few days later, on October 20th. He wore a tie-dyed sweatshirt and sweatpants to the event (he calls it a “party suit“), took photos outside the Lidl store with his prize, and promptly began numbering the new batch, starting, of course, with 73.

Family Recreates Stimming Behavior to Better Understand Daughter with Autism: Click “Next” below!