When Lenore and Steve Koppelman took their son, Ralph, to Universal Orlando Resort on vacation, he was super excited, particularly for the Spider-Man ride at Islands of Adventure. Because he is on the autism spectrum, however, Ralph has trouble with things like waiting in line and regulating his emotions.

Ralph was patient all day, because the Spider-Man ride is the last stop on the Islands of Adventure. Lenore says he asked about the ride several times but controlled his behavior and waited through all the other rides and lines that came before that one.

As the family finally arrived at Ralph’s favorite ride and neared the end of their wait time, they could finally see the light at the end of the tunnel. It was then, however, that they were informed that the ride had broken down and they would not be able to ride it until it had been fixed. Other would-be riders began filing out of line, but Ralph couldn’t come to terms with the terrible news. Instead, he began to have a meltdown right there in the middle of the park. 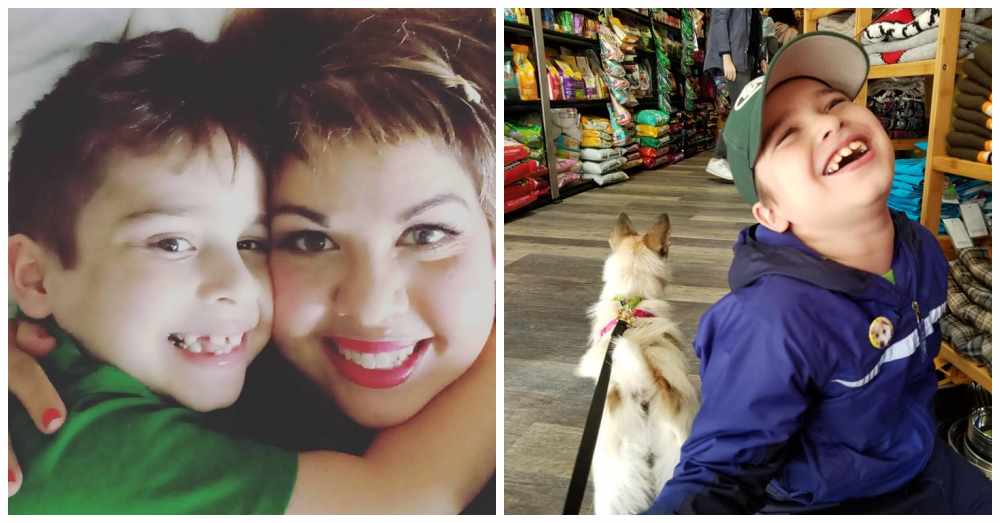 “Ralph is awesomely autistic, and we are proud to be a neurodiverse family,” Lenore wrote on Facebook. “As wonderful, loving, intelligent and incredible as Ralph is, sometimes he struggles. (Don’t we all?) When he struggles the hardest, he can have something known as an ‘autistic meltdown.’ Some people who are not educated about autism might see it as a temper tantrum. But the fact of the matter is that it is not the act of a spoiled and naughty child. It’s a cry for help. This is Ralph’s way of saying ‘I don’t know how to monitor and regulate my emotions right now. I need help, please! I’m scared! I’m overwhelmed! I want to feel better and I don’t know how!'”

Lenore reports that Ralph fell to the ground and began screaming, crying, rocking back and forth, and hyperventilating. His parents tried to get him to stand up so that he wouldn’t get trampled, but then a Universal Orlando employee named Jen showed up and told them to let him lie there. And then she lay down next to him, as if it were the most natural thing in the world, and began calmly speaking to him. 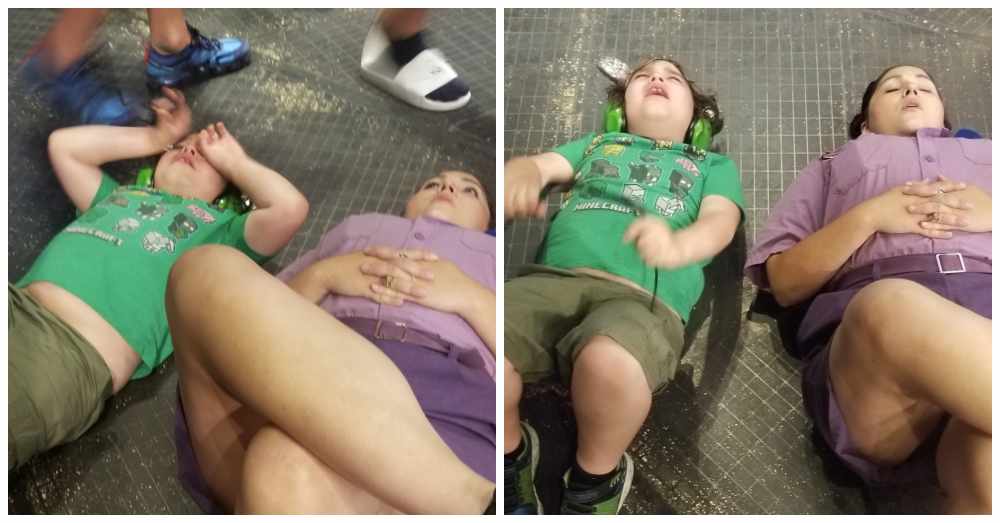 “She told him it was okay for him to be sad and feel this way. She understood. She would feel the same way too. His feelings were validated. And she told him he could lay there with her as long as he needed to until he felt better.”

When Ralph finally began to calm down and was able to stand up, Jen offered to buy him something for up to $50 at the gift shop. He picked out a notebook and pen and an ID tag with Spider-Man on it.

“I hugged her for the LONGEST time… several times, if I’m being honest,” Lenore remembers. “And then the entire family left the store and marched straight over to customer relations without a single pit-stop, to sing Jen’s praises.”

In her Facebook post, Lenore also thanked other workers at the park, like the woman on the Dr. Seuss carousel ride who let Ralph ride again without waiting in line and two women who got Ralph a pencil so he could draw to calm himself down. A man at the Mummy Ride also showed Ralph the “magical back way” to the ride so he could bypass some of the line, and Sidney J. Dragon brought Ralph water and became Ralph’s personal tour guide for part of the day, even after his shift had ended. 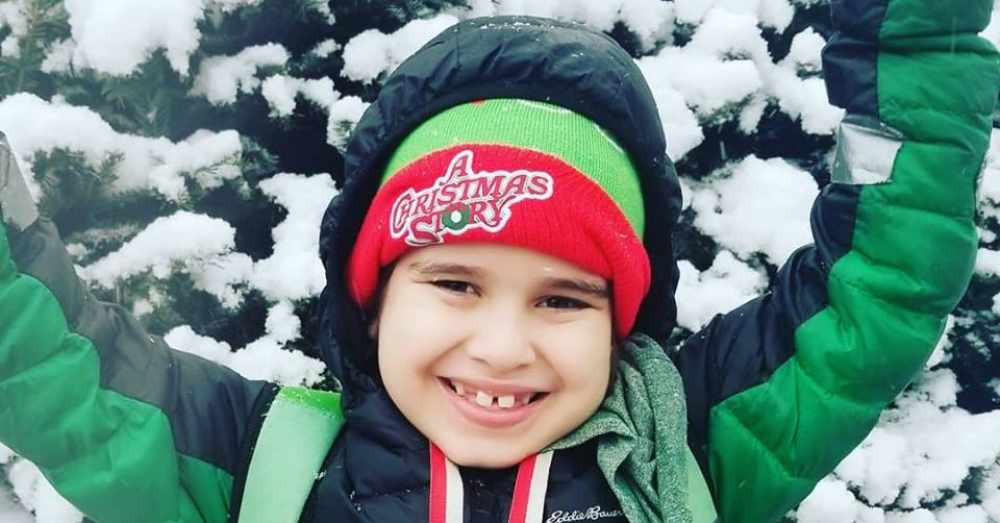 “You are all MAGICAL people. TRULY. ❤️” wrote Lenore. “THANK YOU for recognizing that Ralphie is a GREAT kid. A SWEET kid who just struggles with certain things (as we ALL do, neurodiverse or not). THANK YOU for treating him with SO much kindness and patience. THANK YOU to your supervisors and whoever trained you so well. THANK YOU for paying such close attention. THANK YOU for BEING THERE for us today, and for making us feel like Ralph’s well-being was your top priority. He is OUR top priority because we love him more than ANYTHING and ANYONE, but you all only just met him today. And yet you behaved as if you were family. And we TRULY cannot thank you enough.”

All Universal Orlando employees are trained in how to respond to various crisis situations, including those involving children on the autism spectrum, but Jen truly went above and beyond to show her support for a young client she didn’t even know. Thank you, Jen, for salvaging what truly could have been a disaster for this little boy and his family!

Since this incident, Lenore says several people have reached out offering to help pay for the family’s return trip to Orlando so that Ralph can finally ride his Spider-Man ride. The family, however, says they don’t want to be compensated and are instead encouraging people to give Universal Orlando their business and donate to autism charities if they feel so inclined.

Shoe Store Employee Praised for His Treatment of Young Autistic Client During Her Meltdown: Click “Next” below!