It’s a sad reality that people with autism don’t always have the most positive interactions with police officers. This is not because people with autism are inherently bad, nor is it because police officers are inherently belligerent toward those on the spectrum. Rather, it has much more to do with a lack of understanding. People with autism sometimes display behaviors that can be interpreted as dodgy or threatening—not responding when addressed, avoiding eye contact, or engaging in aggressive behavior when they feel frightened or overwhelmed. Police officers who aren’t familiar with autism can misinterpret these behaviors and act in accordance with what they think is going on. That can quickly get ugly.

The tensions between people with autism and law enforcement just highlights the incredible need for autism-interaction training among public workers—not just cops but others, as well. With greater understanding of how people with autism are wired, we’ll not only have a more accepting society but also fewer misunderstandings, and thus greater safety for everyone.

All that being said, not all stories of interactions between cops and people with autism end in tragedy. This one is no exception. 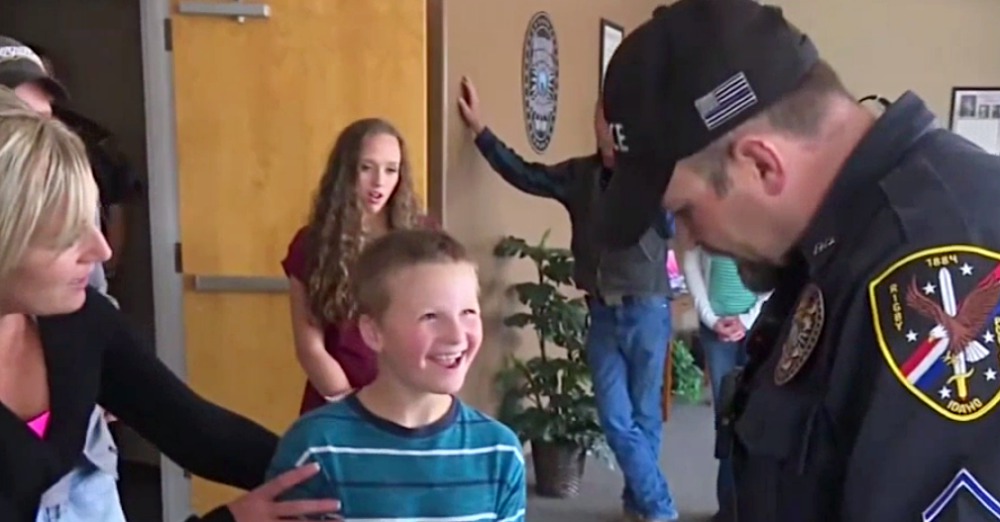 Kyson Baler is a 9-year-old boy with nonverbal autism. In the spring of 2017, he got a new caseworker. Like many people on the spectrum, however, change is not his cup of tea, and he became upset.

He burst through the doors of the Development Disability Agency, Journey’s. Luckily, the police station was located right next to this building, and officer Chris Scott spotted the boy and approached him, sitting down on the pavement beside him. Kyson expressed interest in the officer’s patch on his uniform, so Scott gave him a challenge coin with that same patch on one side and a police badge on the other. It brought a smile to the child’s face, and Scott was then able to escort him back into Journey’s. 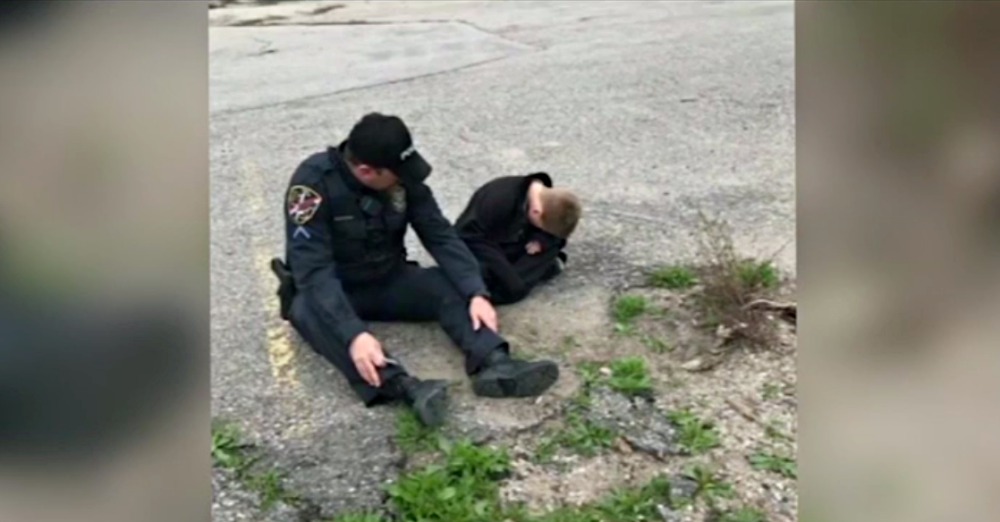 The new caseworker happened to spot and snap a picture of the sweet moment. Kyson’s mom then posted it to social media, where it exploded.

Check out the video below to learn more about this beautiful story!