Reginald “Neli” Latson is a young black man on the autism spectrum whose life changed forever after a stranger called the police on him when he was 18.

This incident occurred in 2010. In the 10 years that have passed, Latson has still not achieved total freedom. His mental health has deteriorated. He is still dealing with the fallout from that day and the domino effect it’s had on his life.

Being incarcerated has added more challenges to his life and prevented him from reaching many milestones of adulthood. And it all started with a phone call about a gun that didn’t even exist. 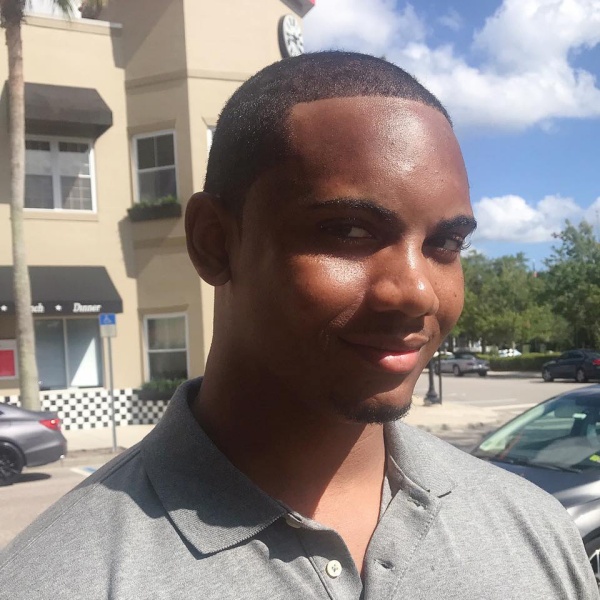 On the morning of May 24, 2010, Latson walked to Porter Library in Stafford County, Virginia. Finding it not yet open for the day, he sat on the grass outside to wait.

A school crossing guard for Park Ridge Elementary School called the police at 8:37 A.M., saying they spotted a “suspicious male, possibly in possession of a gun.” They also noted he was black.

Schools in the area went on lockdown, and a manhunt began to search for Latson, who had walked away from the library at that point. 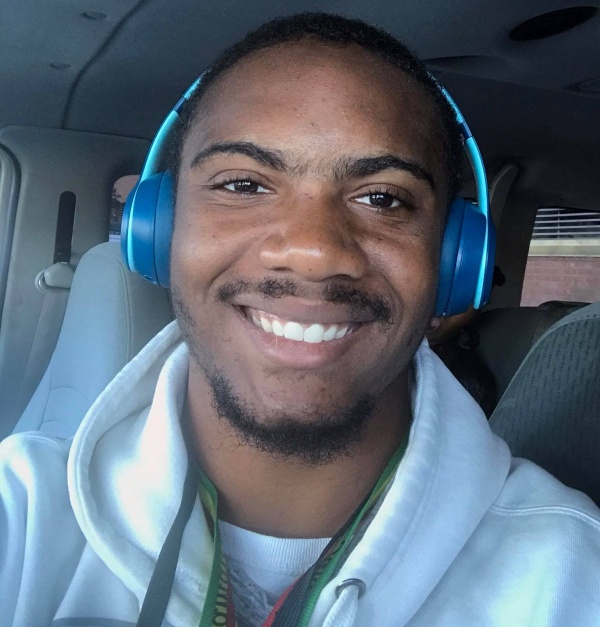 About 20 minutes after the phone call, Stafford County deputy Thomas Calverley, who acted as a school resource officer at North Stafford High School, saw Latson walking near the high school.

The deputy testified later that he drove up near Latson and said, “Hey, what’s up man?” He searched him and quickly found out that Latson was unarmed.

He then asked Latson his name. He said that Latson became irritated with him and accused him of harassing him.

Though Calverley asked Latson for his name several times, Latson didn’t give it to him. When Latson tried to walk away, the deputy grabbed him, tried to throw him over the hood of the car to cuff him, and said he was arresting him for refusing to provide his identity. 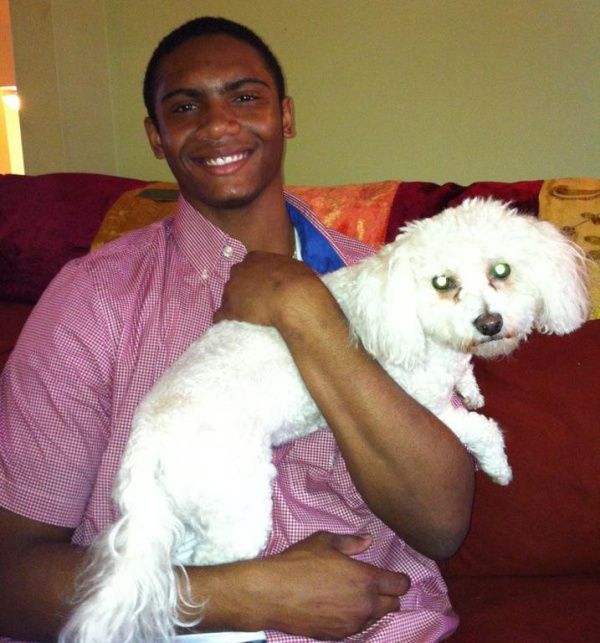 Latson later said that he felt threatened, panicked and confused by the situation.

So Latson reacted to the deputy’s physical escalation by getting physical himself, resisting arrest. Both men were hurt physically in the scuffle that ensued. However, Calveryley’s injuries were much more severe. Calverley also said that Latson managed to grab his pepper spray when he tried to pull it out and tried to use it against him.

Calverley testified that he was punched in the head an estimated 25 times or more, and had to stay in the hospital for four days after the incident. He was left with ankle injuries so severe that it forced him to end his career in law enforcement.

The Stafford County Sherrif’s Office released a statement that claimed Calverley had been attacked unprovoked. 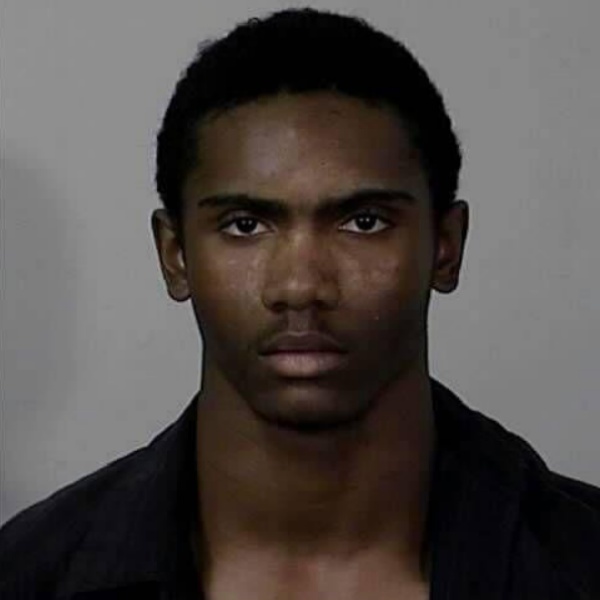 Latson walked away from the scene, but was arrested 45 minutes later by authorities.

Latson had no weapon on him and had just been sitting in the grass when the call was made. He had committed no crime, yet because he didn’t respond to the policeman the way he was expected to and because the policeman then resorted to getting physical, the situation got out of control.

The sheriff’s office later found that the caller hadn’t actually seen a gun — they just assumed he might have one. When that crucial detail was released on news outlets, it didn’t matter because the story had morphed into something else: a teenager had assaulted an officer. 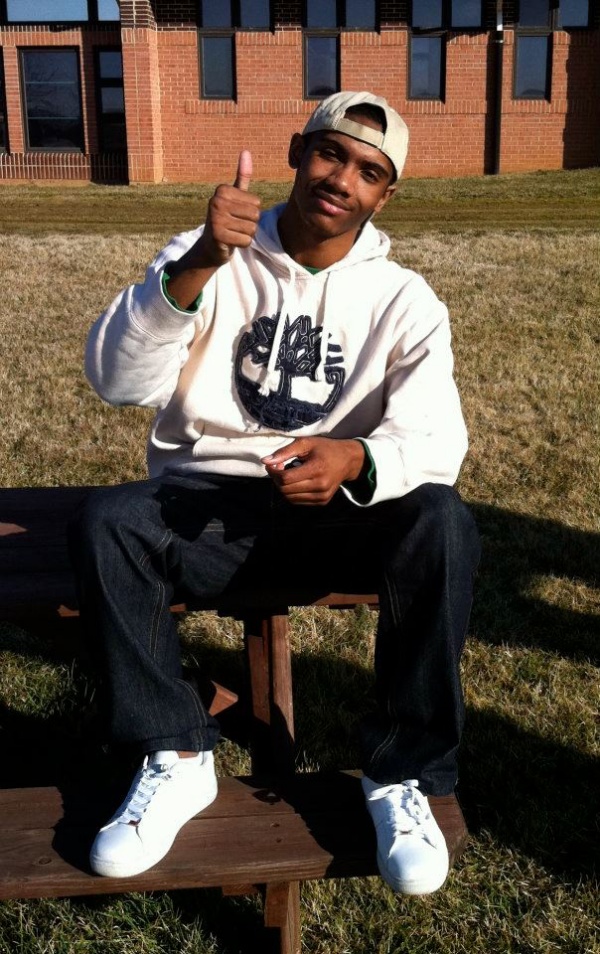 Latson was held at the Rappahannock Regional Jail under no bond while awaiting trial.

His mother, Lisa Alexander, took action on her son’s behalf immediately. Taking to the internet and news outlets, she explained that her son had autism and that he should be getting medical care instead of being locked up in jail while awaiting trial.

She said that Calverley had used racial slurs and made other comments to rile up her son.

During the trial, a doctor who testified for the defense recommended that Latson get treatment instead of prison, saying he had “significant difficulty making appropriate social judgments.” He said that incarcerating the teen would only lead to “abysmal prognosis,” adding that “we’re missing this window of opportunity to intervene.”

Latson has an intellectual disability in addition to autism, and was also previously diagnosed with intermittent explosive disorder and attention-deficit hyperactivity disorder. 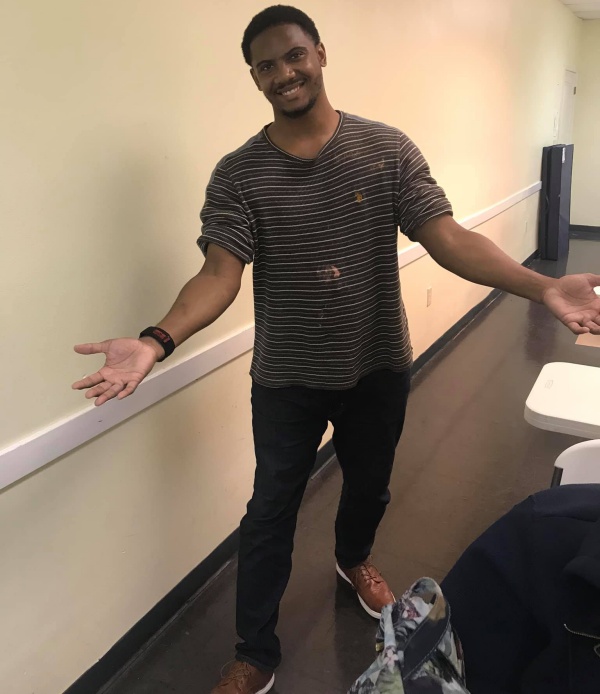 Latson pled not guilty by reason of insanity.

The jury sentenced Latson to 10 and a half years in prison. However, Judge Charles Sharp reduced the sentencing by 8 and a half years, whittling it down to two years. He also allowed the time Latson had already spent in jail (about a year) to go toward time served.

Latson’s attorneys had given the judge a treatment plan that would have allowed Latson to go into immediate and comprehensive treatment right after the hearing, instead of doing any more jail time. The judge said that treatment plan could take effect after he served time.

During his time in jail, Latson underwent long periods of solitary confinement, Taser shocks, and was subjected to a full-body restraint chair for hours. He was mistreated and abused for behaviors related to his disability.

After he served his initial time, Latson was transferred to a group home, where he eventually got into another altercation with law enforcement. He went back to prison, with added time for breaking the terms of his parole.

Latson’s family and advocacy groups continued to act on his behalf to free him. In a letter to the then-Governor of Virginia, Terry McAuliffe, The ARC — an organization that promotes and protects the human rights of people with intellectual and developmental disabilities — urged him to pardon Latson.

“Mr. Latson is caught in a recurring cycle of prosecution and punishment due to factors related to his disability,” The Arc CEO Peter Burns wrote. “He is not a criminal. Prison is not where Mr. Latson belongs.”

McAuliffe granted Latson a conditional pardon in 2015. He was freed from prison and moved to a residential treatment facility. There he is under constant supervision, and will remain so until 2025. 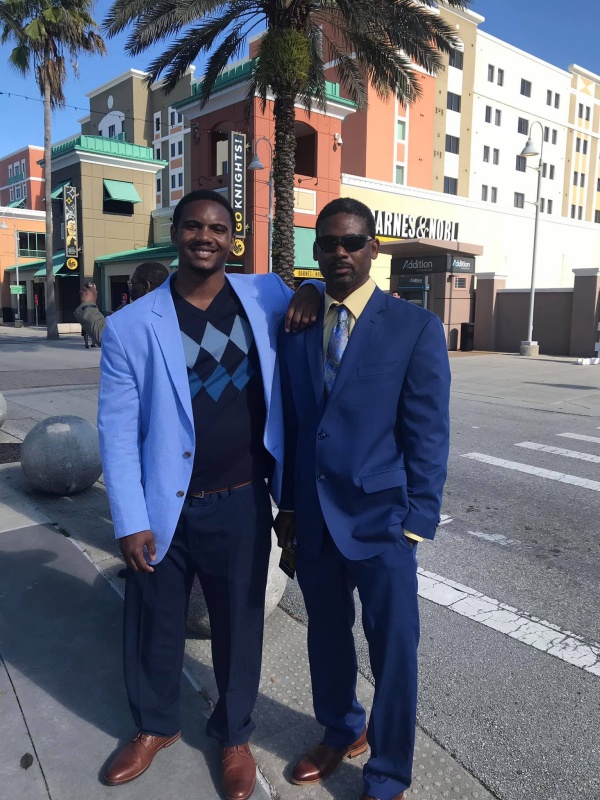 Ten years after that inaccurate phone call to police, Neli Latson is still not fully free.

“Every aspect of his life is supervised,” Latson’s mom told the Washington Post. “He’s not able to live in society. He’s not able to get a job and have a girlfriend. He hasn’t had an opportunity to learn how to drive, to get a license. . . . These are rites of passage, natural progressions you get to experience as a human being. All of those things were stripped away from him.”

Now a coalition of almost 50 advocacy groups and legislators led by The Arc of the United States, The Arc of Virginia, the Center for Public Representation, and the Autistic Self Advocacy Network are calling on current Virginia Governor Ralph Northam to grant Latson a full pardon immediately.