when Desiree Perez’s autistic son, Kelvin, missed some time at school at the end of his 6th-grade year, she went to the school to pick up the work he had missed. Among his papers was an award Kelvin had won, signed by his teacher and several others. But it wasn’t the kind of award she would have wanted her son to win.

The blue sheet of paper proclaimed that Kelvin had been voted “Most Likely to Get Lost in a Crowd.” Perez was immediately offended that her son’s own teacher had approved of the award and signed it, knowing about the behavioral issues Kelvin has. 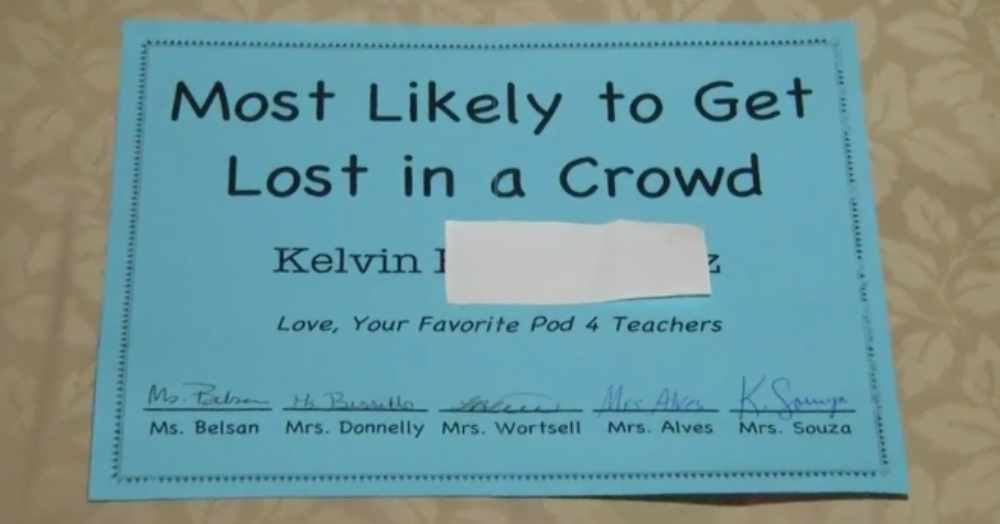 “I found it disrespectful because she knows more than anybody that I struggle a lot with my son,” she says. “I feel very bad, because I don’t think this should be given, not only to my son, but to any kid.”

Perez made the principal and superintendent of Normandin Middle School aware of the situation, and an investigation is underway.

“I didn’t think it was funny. My son didn’t find it funny either,” says Perez. “He said that why was the teacher giving him this award, because he was never lost in the school.” 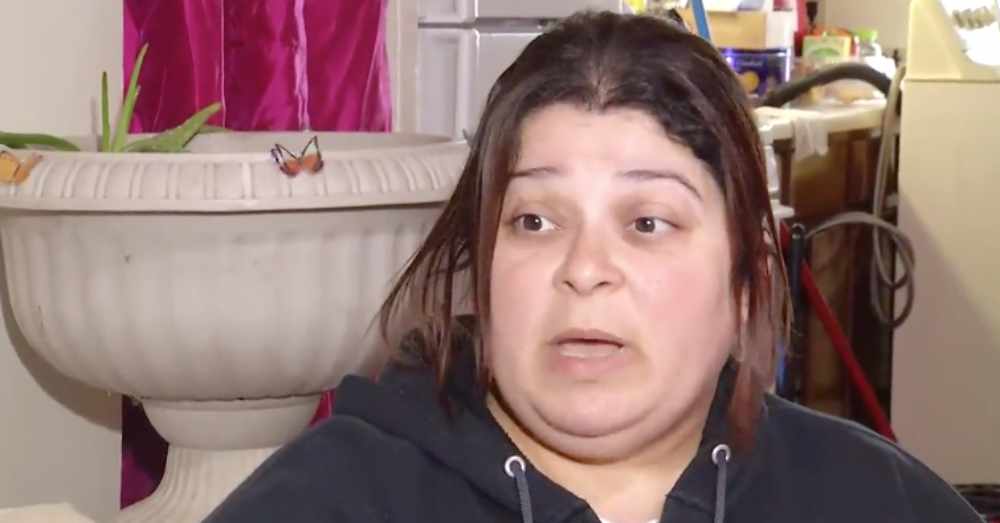 Ms. Perez is calling the award a form of bullying by the teachers. “Now all of a sudden my son receives this award saying he’s always lost in a crowd, and that’s not right.”

Perez went to the principal in the hopes of having the issue fully addressed and getting some form of justice for her son. The principal apologized for the incident, but that was all he could do. He said the teachers were already on their summer vacation, so he would not be able to do anything about the issue.

Watch the video below to hear Ms. Perez’s opinions on this upsetting matter.

Family Gutted After Autistic Son Receives "Most Annoying" Trophy at School: Click “Next” below!