I was first introduced to Minecraft through a guy I once dated. At first I was clumsy and confused, as I struggled to navigate the X-Box’s camera views and many buttons. Still, it didn’t take long for me to fall in love with the video game, with its quirky, pixellated charm, soothing background music, and the meditative act of building, breaking, mining, and harvesting.

I can certainly see why the game appeals to and can even benefit many on the spectrum.

However, in a world filled with jerks and trolls, it’s all too common for gamers with autism to be bullied through public servers. But thanks to one autism dad, people with ASD have a safe, friendly community that’s totally free of that—a Minecraft server called Autcraft.

What is Autcraft and what makes it special? Its creator, Stuart Duncan, admits that it’s not the server itself that is special—it’s the way it’s run. Autcraft is very closely moderated to ensure that it’s a safe, friendly, bully-free space. Anyone who wants to join must submit an application. Killing or attacking avatars, as well as destroying or stealing others’ virtual property is forbidden. And if bullies and trolls do manage to sneak their way through Duncan’s strict vetting process, they are quickly caught and banned. 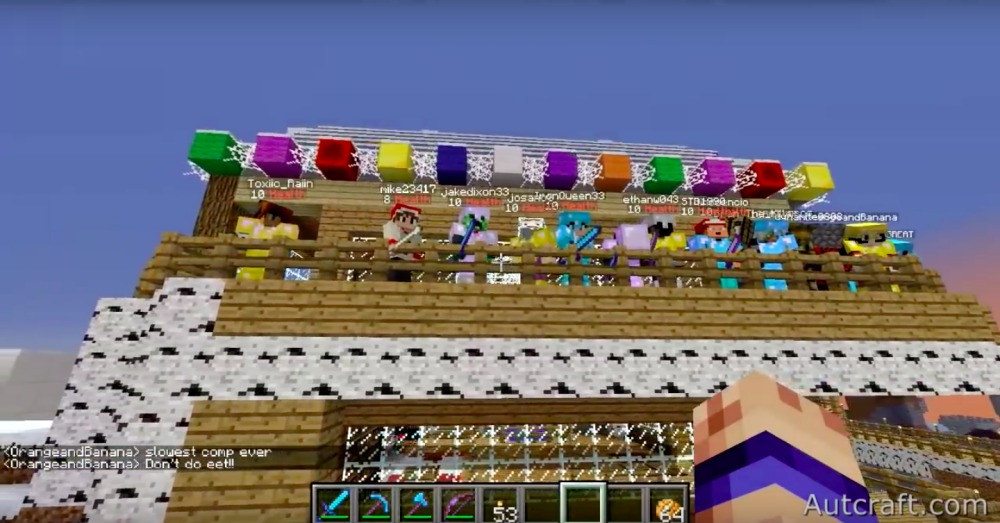 Duncan, who is on the autism spectrum himself, used to be a full-time web developer. But after creating Autcraft, he quit his job and dedicated his time to running it. Admission into the server is free, but Duncan accepts donations to keep it going.

The result of Autcraft is spectacular. People on the spectrum who struggle socially have a safe haven to visit, where the community is friendly, encouraging, and plays nice. It’s a place of acceptance, understanding, and friendship, where people can have an unabashed good time and truly be themselves.

As of May 2017, Autcraft featured over 8,000 members from about 140 different countries across the world. And hopefully, it will just keep growing from here.

Listen to Duncan explain Autcraft further in the video below!