When Conner Cummings was diagnosed with autism as a toddler, doctors believed he would never speak, read, or write and told his mother, Sharon, that she was holding her standards for him too high. She continued to believe, however, that her son would eventually find his voice.

“I didn’t accept that; they kept telling me I was being I unrealistic and that I needed to accept what their diagnosis was,” Sharon says.

When he was seven years old, Conner suddenly began speaking in complete sentences, proving that he’d been capable of understanding and forming speech in his mind all along. Since then, he hasn’t stopped talking. 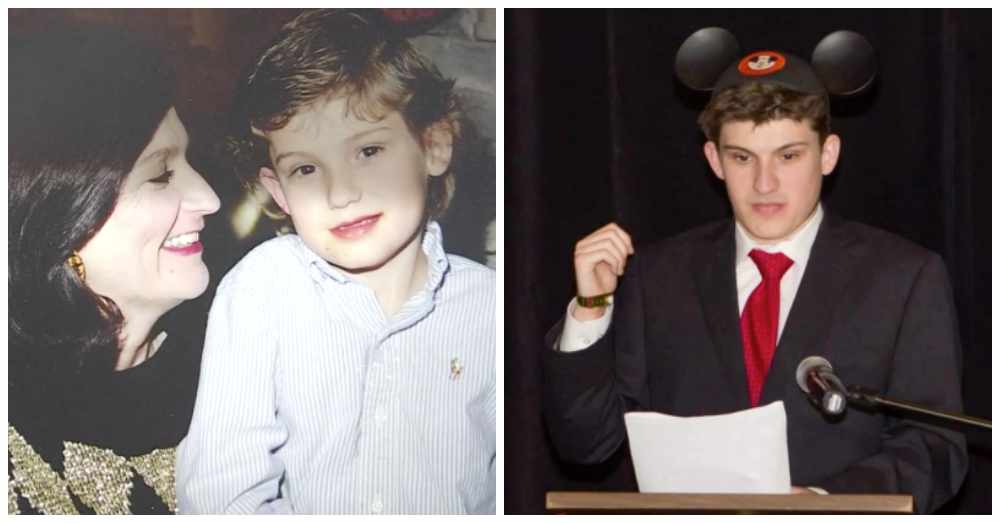 “So, he proved them all wrong on everything,” Sharon says. “And he’s amazed me with everything that he can do.”

Conner’s all-time favorite word is “believe,” and he has used the word as his guiding force as he’s worked to overcome obstacles and begin advocating for better treatment of people with autism.

His most recent accomplishment is helping pass a state law in Virginia—one with his very own name on it. Conner’s law is similar to child protection laws that require parents to adequately provide for their children’s needs, except it’s focused on adults with disabilities who cannot care for themselves, especially financially. 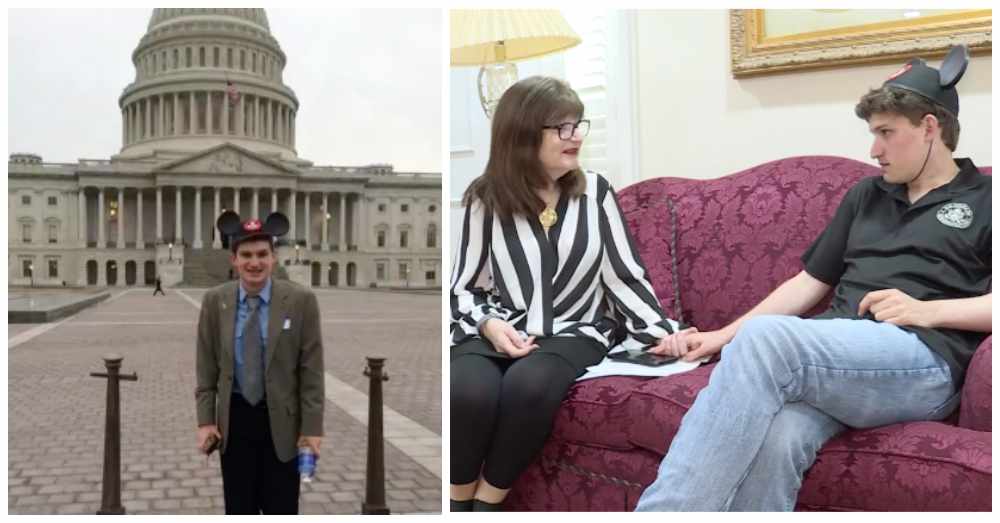 Now Conner hopes to get similar laws passed in other states by advocating for adults who may not be able to speak for themselves. He has even spoken at Capitol Hill twice about this very important subject with the help of his super-special Mickey Mouse hat. Throughout the journey, he has had his Mickey Mouse ears to give him confidence, and he now owns about 50 pairs of them to make sure he’s never without them.

Conner also has his mom to believe in him. In fact, in honor of his 27th birthday, he wrote his mother a list of reasons why he loves her.

“Because Mom believes in me. And she is the most wonderful person in the world,” he says. “I wanted to give her reasons why I love my mom so much.”

Conner was named the national Autism Advocate of the Year because of his work advocating for adults who can’t support themselves. In his acceptance speech, he said, “Thank you so much for this honor. I promise you I will wear this title proud. I will do all I can to make a difference.”

Learn more about Conner’s important work in the video below.

Traditional Education Methods Often Fail Autistic Students. This Advocate Has a Better Idea: Click “Next” below!