A Meltdown Followed By A Panic Attack: How One Family Copes

Meltdowns are common among people with autism. Sensory overload, a change in routine or expectations, and other triggers can lead a person with autism to feel overwhelmed and out of control. Often they are unable to process and express their emotions in “typical” ways, so they have a meltdown, or react in other ways, like withdrawing from the situation or avoiding others.

In this video, a father records his son Ian’s meltdown and the panic attack that follows. He made sure to get Ian’s permission before posting it, with the goal of allowing other families to see what it’s like for him and to offer some tips and strategies. 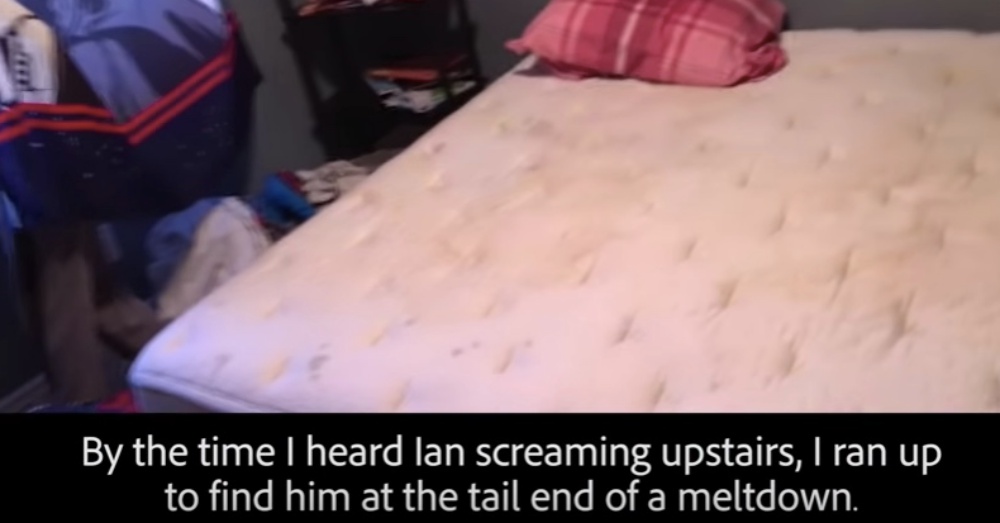 Dad hears Ian melting down and finds him in his bedroom. Ian comes away from the window and flops down on the bed, then gets right back up again. The bed is stripped of sheets because Ian’s brother still wets the bed sometimes, and even with diapers and a waterproof sheet, things still get messy.

Ian and his brother currently share a bed because they broke their last ones. 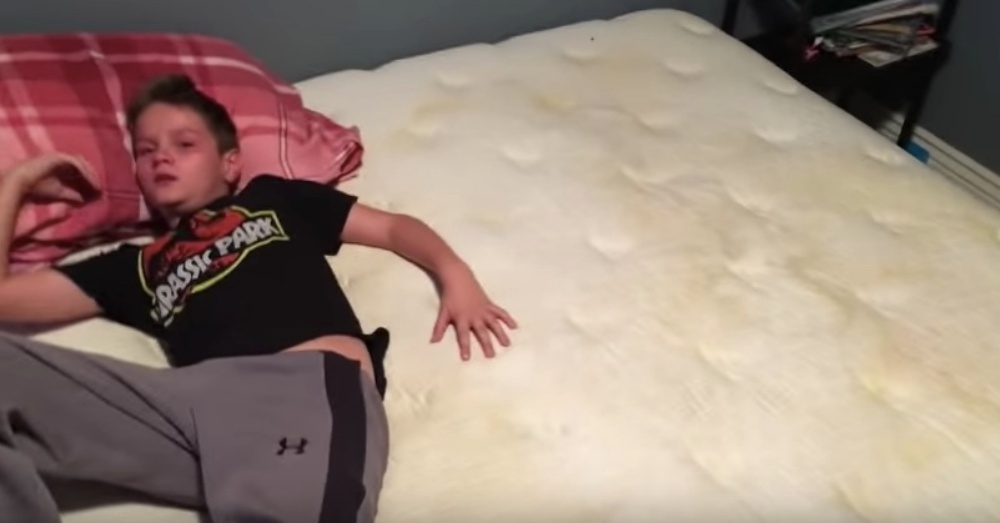 The reason Ian is struggling is because the family is going camping and Ian wants it to rain.

“Sounds counterintuitive,” Dad says, “but the air is really dirty, so he wants the rain to clear the air.”

They get Ian settled on the bed with a pillow and his blanket while he works through his meltdown. Meltdowns are triggered by overwhelming situations and are “rooted” in overstimulation. So their immediate focus is on calming him and destimulating him. 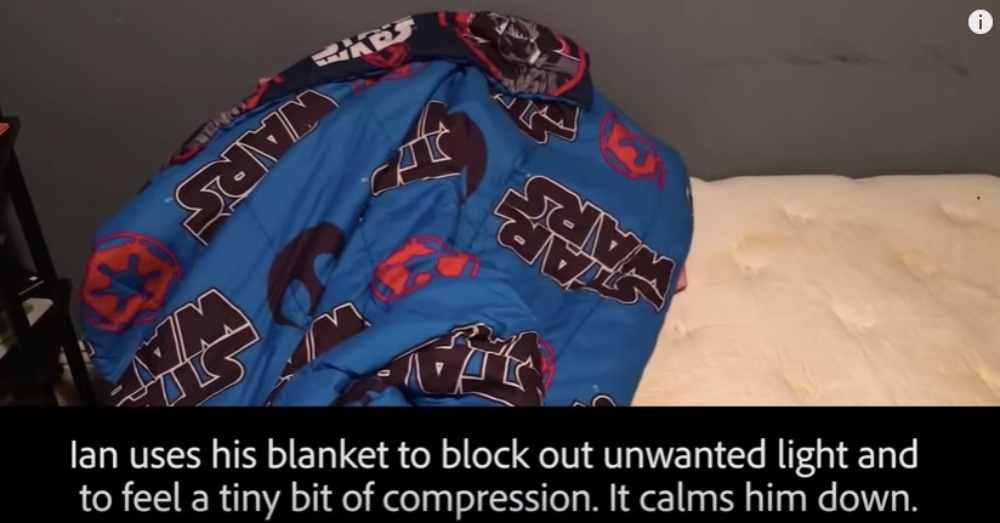 For Ian, covering himself with a blanket helps him start to regain some of that lost control. It helps block out some light and also provides some compression.

Dad notices that Ian is transitioning from a meltdown into a panic attack. His heart rate raises, he has difficulty breathing and seems to choke and cough a lot, and feels like he’s dying. 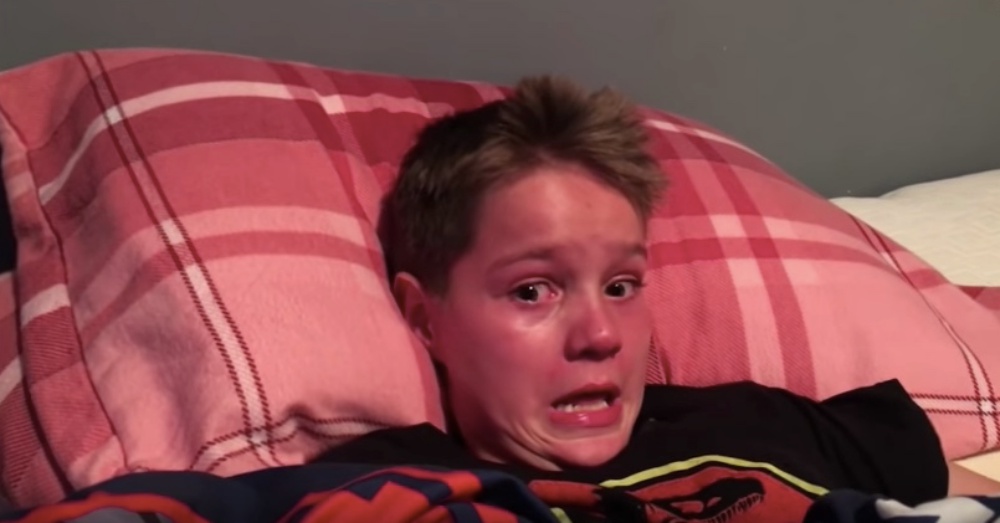 So he and his dad work on deep breathing, with Dad reaching out and applying pressure to Ian’s hand or chest to comfort him.

He reminds Ian regularly to take deep breaths, and asks him questions about what would make him feel better, offering choices like sitting up or lying down so he doesn’t get overwhelmed.

“I can’t relax!” Ian says at one point, but Dad keeps on encouraging him to take those deep breaths in a soothing voice. 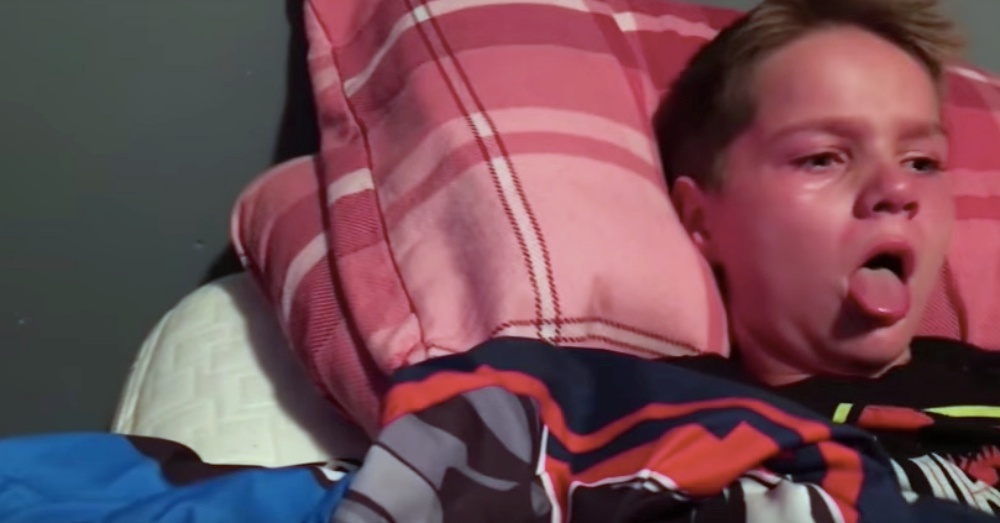 Dad asks if he wants the light off, and he says yes. As Ian works his way through the attack, shaking and finding it difficult to get words out, Dad is there.

“My heart is pounding too,” Ian says, and Dad puts his hand on his chest. 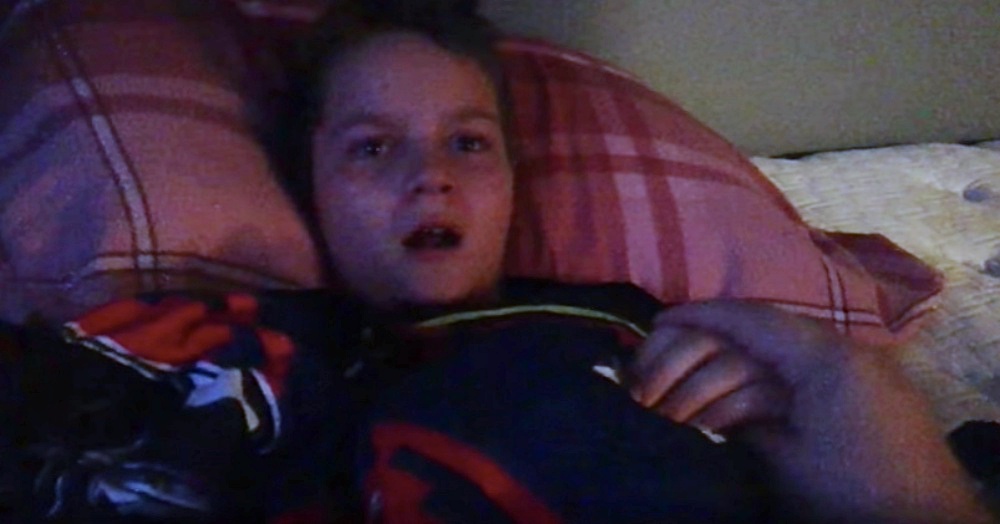 Soon the bed is remade and Mom comes in to help make him feel better. The panic attack is finally winding down.

The video ends with a brief explanation that Ian doesn’t often have panic attacks, and that they know there are many different methods out there that also work. However, they thought the footage they did end up capturing could be beneficial to viewers. 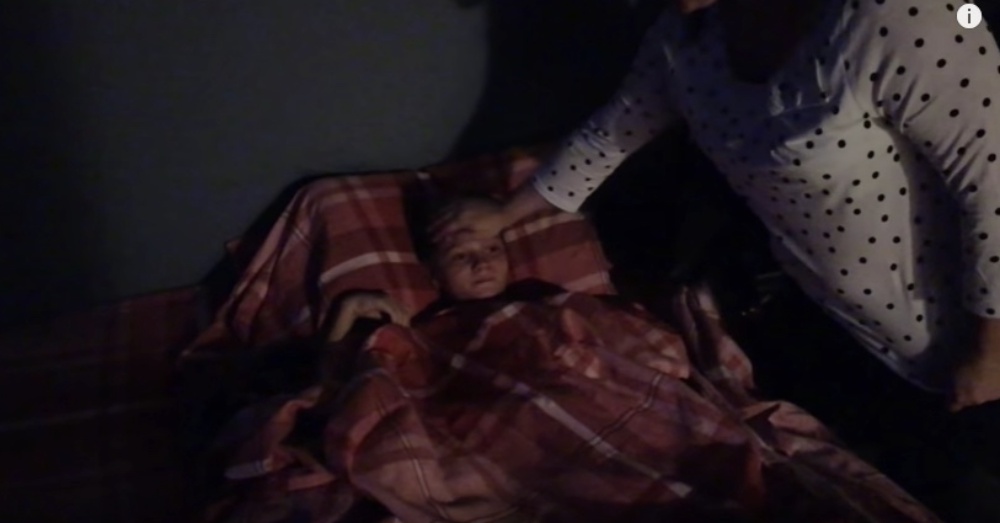 Throughout the video, Dad thoughtfully explains what’s going on, either in the moment or in a voiceover.

Check out the video to see what it’s like for this autism family, and share any methods that are helpful to you!