Alex Martinez is a 19-year-old man from Miami, Florida, who is on the autism spectrum. Like just about any young adult, he wanted a job so that he could be a productive member of society and make some money. A local McDonald’s hired him, knowing full well that he had autism. It was his first job, and one he was excited about…and dedicated to.

“I had to take two buses to get to my job,” he said. “I was on time every day and sometimes there even before I had to start.”

But then just a few days into his job, he found out he had been fired. To add insult to injury, the workplace didn’t even tell him directly; they went through his grandmother, instead.

The reason they cited for firing him? His hands got shaky when he was anxious. 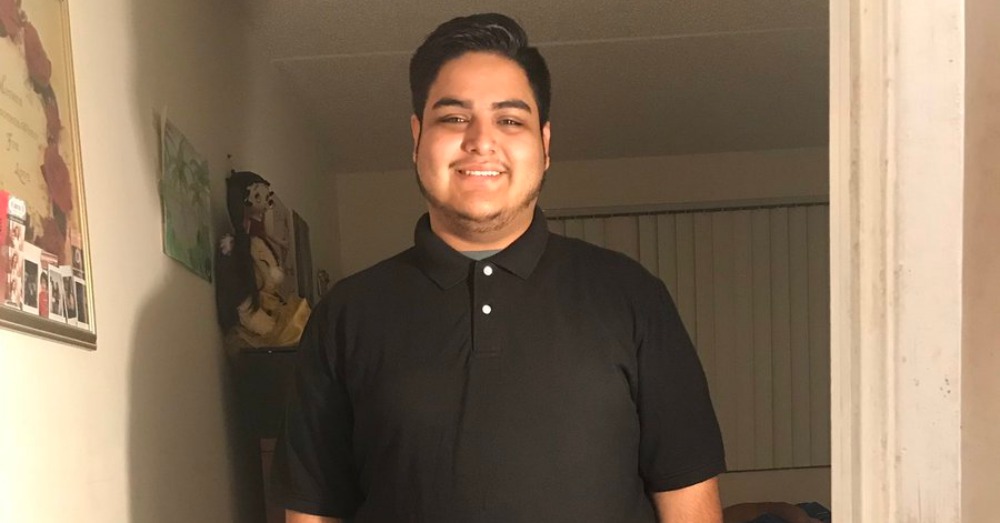 Alex is confused and hurt—not just about being fired, but also the way in which the branch went about doing it.

“I did nothing wrong — I was always careful while handling change, my registers always had the right money,” he said, adding, “I don’t like that they didn’t tell me personally. I feel like they weren’t treating me like a normal human being and made me feel like I was inadequate and worthless. I still haven’t gotten paid for the time I worked and they still haven’t told me when I will get paid. I just don’t understand.”

His social worker also tried to contact his supervisor but was unable to; every time she tried, the supervisor was not available and did not answer calls.

Meanwhile, his older sister, Angelica, took to Twitter in outrage, saying that it was a case of discrimination. Her tweet has gotten thousands of comments and retweets. 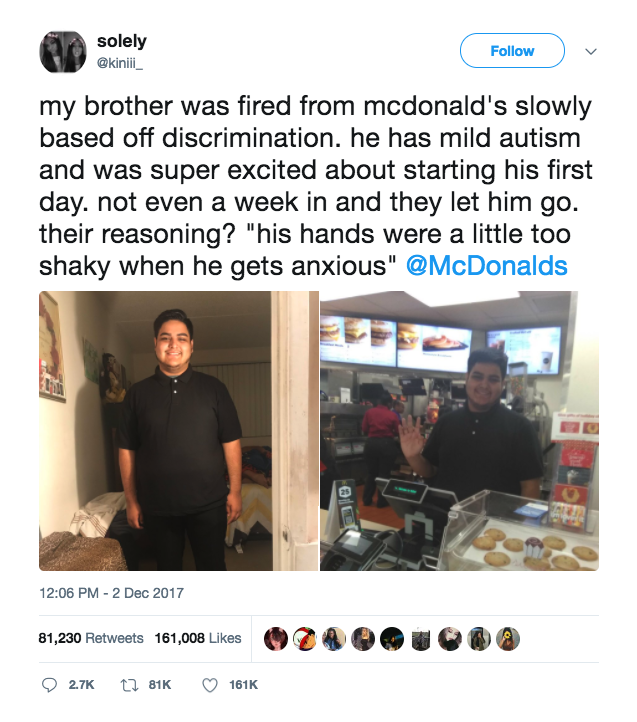 The McDonald’s branch is now facing an anti-discrimination lawsuit over the incident. Its owner, Anthony Greenwood Sr., denies allegations and has released the following statement:

“Treating all people with respect is a top priority in our restaurants. We want everyone who comes to our restaurant to enjoy a positive experience, which includes both employees and customers. We have zero-tolerance for harassment or discrimination of any kind, and we have a long-standing history of hiring and accommodating employees with disabilities. In fact, some of our longest-term and most-valued employees are individuals with disabilities. Over the past few days, we have been looking into this occurrence to fully understand what took place last week. Importantly, we did not terminate Mr. Martinez. Although, to date, Mr. Martinez has been a no-show for his two scheduled shifts this week. We are continuing to look into this matter and ask for your patience while we try to further understand the situation at hand.”