Brad Fremmerlid is a 30-year-old man with nonverbal autism. He can only say two words (“Brad” and “dad”), and he doesn’t know how to read or write, so he communicates with a few simple signs. Because he’s not able to talk to most people or understand much of the way the world works, he can’t live alone, cross the street alone, or do many of the day-to-day things so many of us take for granted.

But Brad is also totally awesome. He enjoys skating, biking, and music, as well as spinning in circles. He loves spending time with his dad, Mark, who pushes him to be the best he can be. With his parents’ help, he’s learned to shave, cook, unload the dishwasher, and lots of other tasks. He’s also amazing at putting together pretty much anything. He has a great spatial awareness and an understanding for the way things work in the physical world. He loves to put together models and LEGO sets in his spare time, and even though he’s not able to read the instruction manual, he can understand any diagram and perfectly piece together any toy, furniture item, or other structure.

This young man is so great at putting things together that his dad is helping him start his own business, Made by Brad, where he goes to clients’ homes in Edmonton, Alberta, and puts together their furniture or anything else they need assembled. 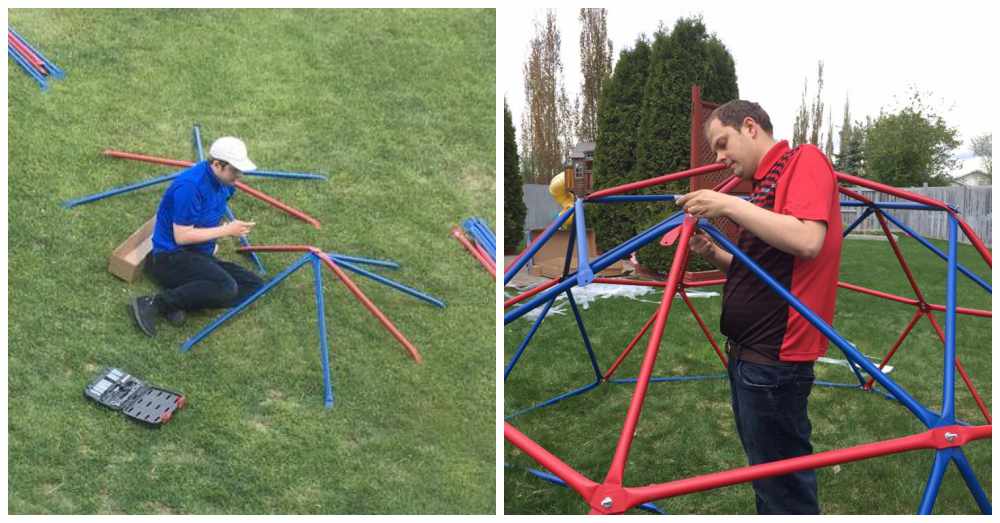 With the help of community support workers like Herbie Almonia, he’s able to get transportation from his care home to his jobs, communicate with his customers, and negotiate payment. He charges roughly $25-40 for most jobs, because the work is much more important to him than the money. Almonia helps him by explaining his behavior and routines to clients to help them understand why he acts the way he does and help them interact with him. 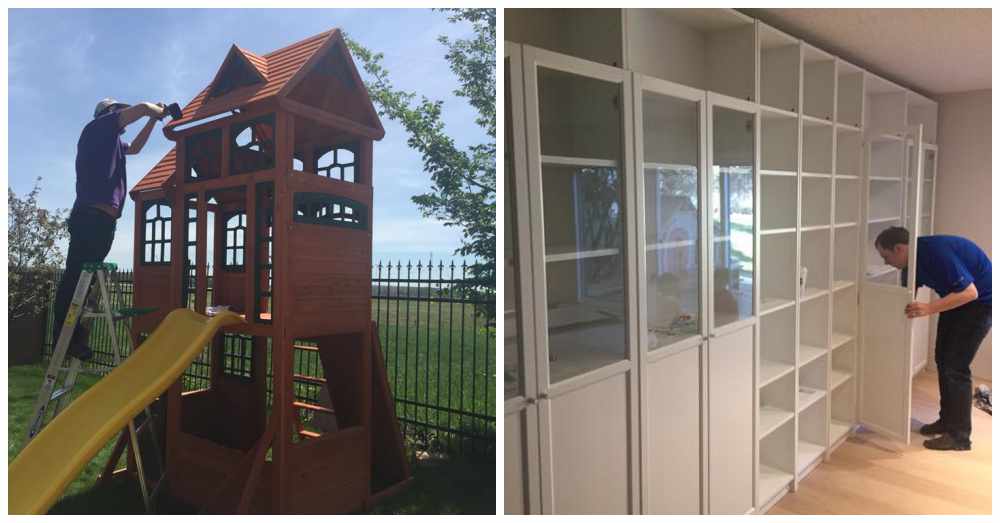 “Brad can put together anything,” says Almonia.

Brad’s work style is perhaps a little unorthodox, but most of his clients don’t mind. He groans and hums while he works and sometimes takes breaks to pace or spin in circles. He often doesn’t even use the instruction manual. But he always gets the work done much faster than expected, and it’s always perfect. 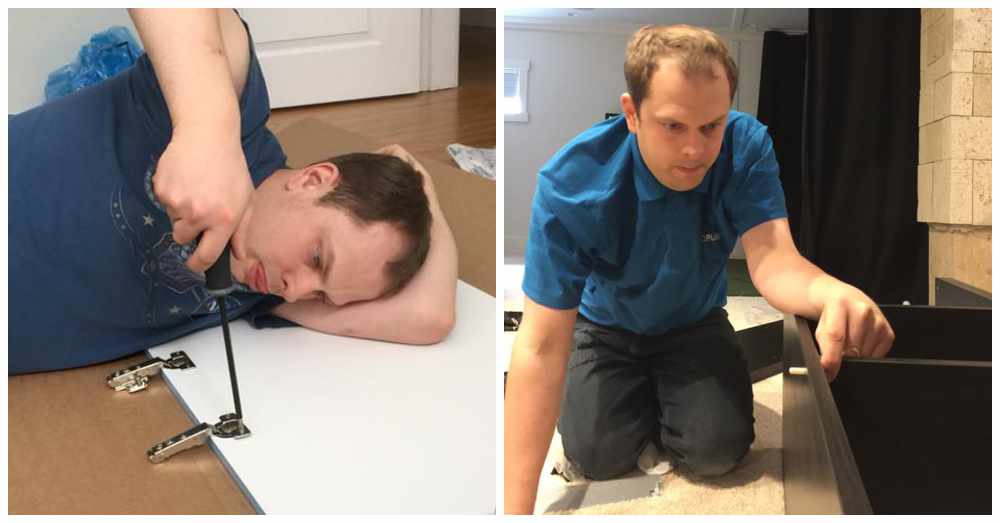 But one of the most important things Brad is doing through his work is just connecting with people on a new level. He’s showing the world that people with autism, even those whose disorders are commonly labeled as “severe” or “low-functioning,” have value. We all have worth, and we’re all talented, but sometimes our skills get buried under seemingly “weird” behaviors that others can’t look past. With Brad’s help, however, more and more people are becoming aware and accepting of people on the autism spectrum.

“There is hope,” his mother, Deb Fremmerlid, says. “Even when you don’t think there is.”

Brad’s parents have learned this lesson over many hard years of trying to reach their son, who was like an “unguided missile,” streaking through life with an absurd amount of energy. He had to be kept constantly busy, lest he begin screaming or even become violent. It was only in Brad’s teen years that his family began setting him up with small building projects and realized how much it changed his behavior to have something to focus on putting together. 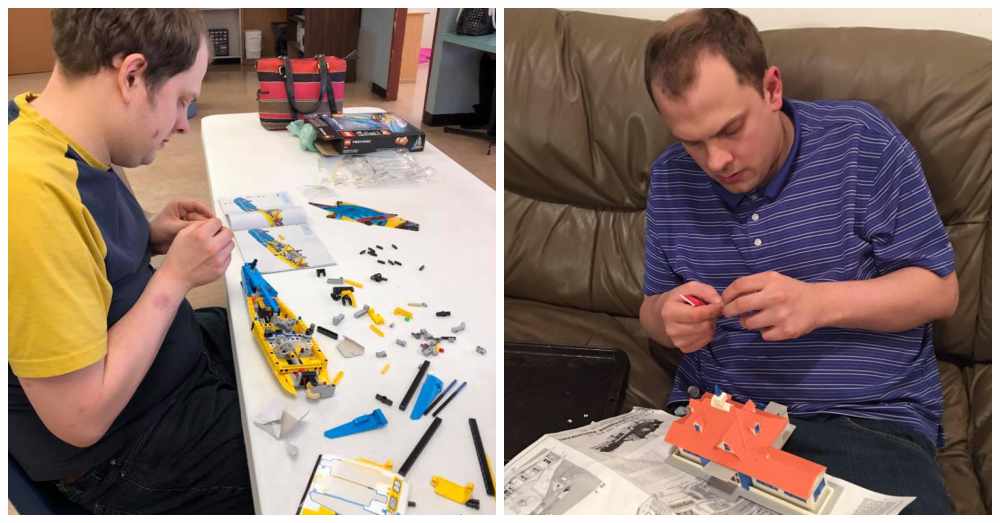 “He’ll put everything into order, that’s what he does,” Mark says. “He puts things into order.”

Mark says he spent several years trying to change his son, but in the end, it was working with his abilities that changed everything. He began to think about all the people who buy IKEA furniture but don’t like to put it together, and that’s how Made by Brad was born. The family made a video about Brad to help people learn more about him and feel comfortable hiring him, and soon Mark was getting messages from all sorts of people who had projects for Brad.

Brad is much happier than he used to be, and each of his projects brings him a little farther out of his comfort zone. His parents say he’s learned to make better eye contact and now likes cats and is less afraid of dogs. He’s even learned to identify some colors and can perform basic math problems. These are all things they thought he might never be able to do. 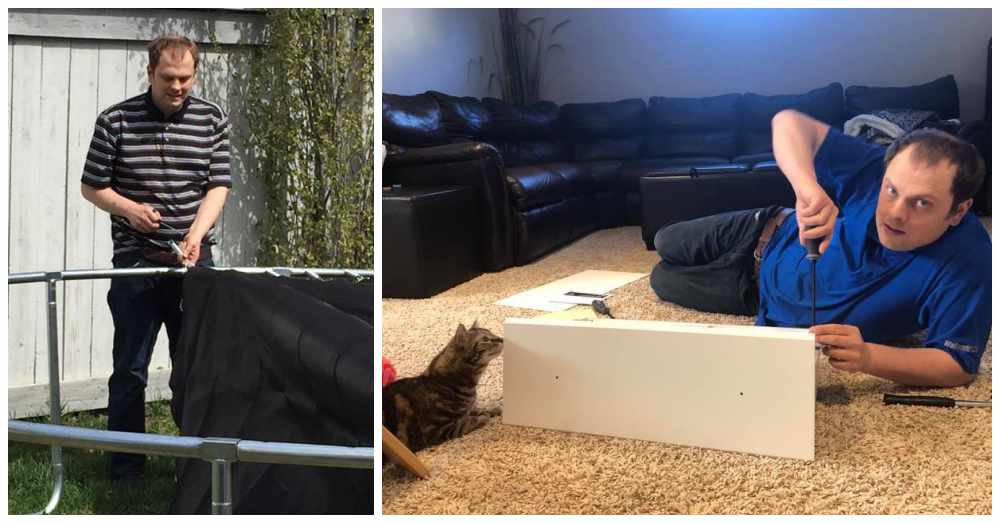 With a little help and support, Brad is now a happy man who loves going to work each day and is immensely focused and dedicated to his job. And he’s made life easier for a lot of folks along the way, as well as opened their minds to the potential people on the autism spectrum have.

Check out the video below to learn more about Brad and his cool new business. And if you know anyone in Edmonton, Alberta, Canada who needs something assembled, be sure to send them to Made by Brad!

Family Runs Successful Car Wash Business with 83 Employees on the Autism Spectrum: Click “Next” below!