Shortly after welcoming their daughter into the world, Norma Villegas and her husband noticed baby Natalia just wasn’t developing as quickly as they hoped.

Norma could tell something was “off” with Natalia, but doctors wrote off any strange developments (or lack thereof) as typical baby issues. When Natalia turned 9 months old, though, and nothing had been resolved, her parents went on a mission to learn what was really going on with her.

After months and months of extensive research — led by the medical team at Shriners Hospital for Children in St. Louis — Natalia was finally diagnosed with idiopathic multicentric osteolysis (IMO) at the age of 2 years old.

Natalia was born with IMO, which means her body is constantly and gradually absorbing the calcium intended to keep her bones strong and healthy. 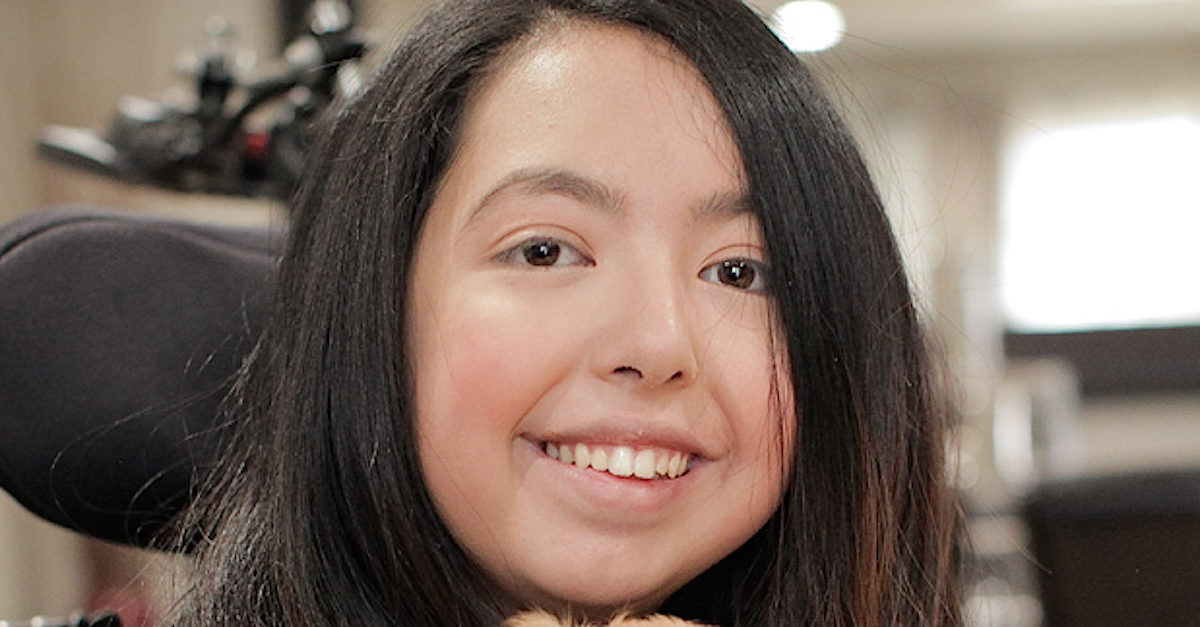 In essence, Natalia’s bones are slowly disappearing the older she gets, hence IMO’s nickname as the “vanishing bone disease.”

IMO is incredibly rare; there are only 100 known cases, and there is currently no cure.

Natalia, now 14 years old, lives with near-constant pain and fatigue, and she is wheelchair-bound.

But as you’ll see, this incredibly strong, vibrant, and independent teenager is not letting her disease keep her from living a full and happy life.