On a trip to the grocery store, it isn’t surprising to see a parent struggling with a toddler on the verge of losing it.

People often keep to themselves in these moments, not wanting to embarrass the parent or get involved. When employees at a Florida Trader Joe’s saw 18-month-old Julian Sol Collet start to have a meltdown in their store, though, they stepped in to help.

Julian’s breakdown came after watching his 3-year-old sister push a “big girl” cart around the store. They had just gotten to the checkout area when Julian started to unravel.

“When we got to the checkout line, he was just fed up, he wanted to get out and push the cart, but I wasn’t letting him, so he threw a tantrum; he freaked out,” mom Alexandra Seba explained to InsideEdition.com.

The staff at the store were surprisingly helpful in that tough moment.

“One of the employees there actually knows his name, Julian, so she started singing, ‘We love you, Ju!’ Then a couple of others joined in. It looked like choreography,” Alexandra recalled. “It was a super-cool moment.” 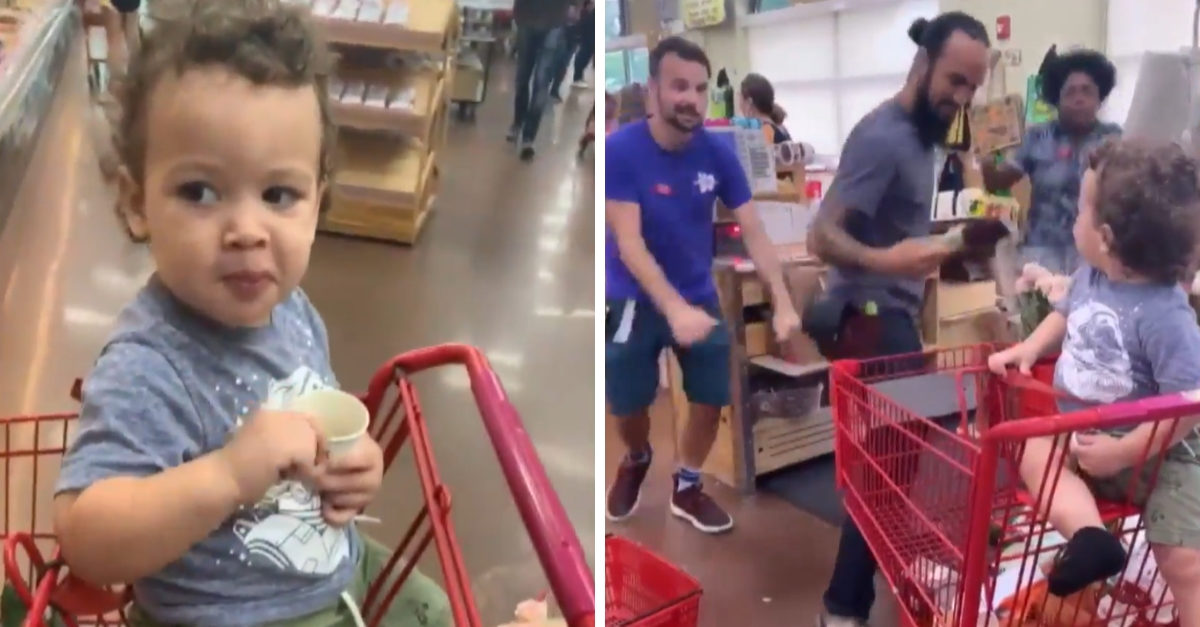 The exciting moment stopped Julian mid-tantrum, making the whole experience much more enjoyable. Alexandra was relieved that the moment reminded her and other moms that sometimes kids just can’t take it, and that’s OK.

“Sometimes as moms, we are alone with our children and we have to not get into their energy if they’re screaming or they’re throwing a tantrum. It can be really easy to get into that energy and just feel defeated,” she added. “But if we can just know it’s OK, they’re just screaming, this isn’t about me, I’m totally OK, and just laugh about it, I think that helps.”

Watch the video to see the heroic Trader Joe’s cashiers in action!