Mom Fights Back When Son With Autism Walks Away From School After Argument, Ends Up Punished

Michael, a 14-year-old boy from Long Island, New York, recently got into a heated confrontation with a library aide at school.

The eighth grader was caught off-guard by the upsetting encounter — and responded by walking out of the building and leaving campus in the middle of the school day.

Michael has autism. His mom, Keri, insists school officials knew this and were already aware of his propensity to physically walk away from stressful situations as his “flight response.”

“Michael has an individualized education plan (IEP) and behavioral intervention plan due to his propensity to remove himself from any situation where he feels unsafe. Keri said that the relaxation room that was supposed to have been a resource for Michael to go when he felt unsafe had continually been co-habited by students who bully him. So when an incident happened last week that stirred up Michael’s flight instinct, he went to the place he felt he’d be safest: home.”

Here’s where the story took an even more upsetting turn for Michael and his family. 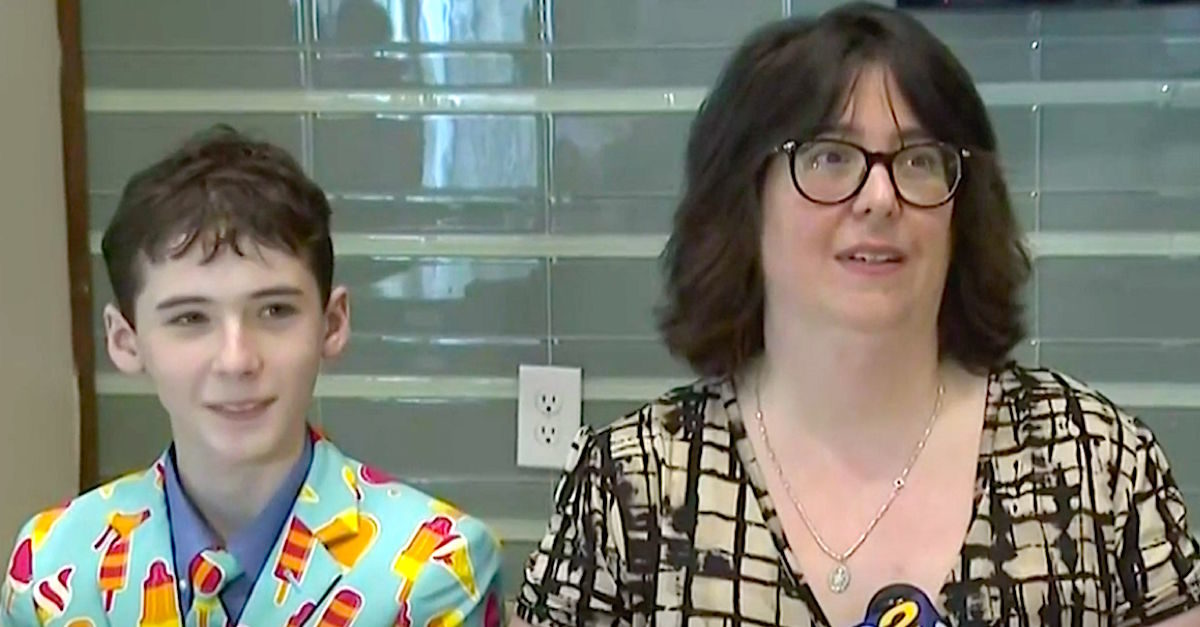 He was swiftly suspended from school for five days. His punishment also meant he was prohibited from important activities like graduation rehearsal and his class picnic.

“It’s like saying to the blind girl, ‘Well you couldn’t read the sign, so we’re suspending you,’” Kerri told reporters.

On the day Michael left school early, he walked himself home and was there for about one hour before Keri drove him back to school.

Keri says that once they arrived, she realized something that she says made the incident even more troubling: the school hadn’t even realized her son was missing.

Learn more about this troubling story in this video.