Christian Tinsley was immediately concerned and upset when her 13-year-old daughter, Jade, revealed she was being bullied.

Jade says she has been the victim of brutal cyber and verbal abuse, mostly from a particular group of boys at her school. The harassment got so bad, she says, that she started feeling insecure and inadequate.

After she told her mom what was going on, Christian decided to take matters into her own hands in an effort to protect her daughter.

Jade couldn’t believe it, as the confrontation was totally unexpected.

“When my mother came in, the boys who were bullying me, they were silent,” Jade told Inside Edition.

“Y’all think y’all bullies?” Christian shouted while standing at the head of the class. “I’m a big bully, OK?” 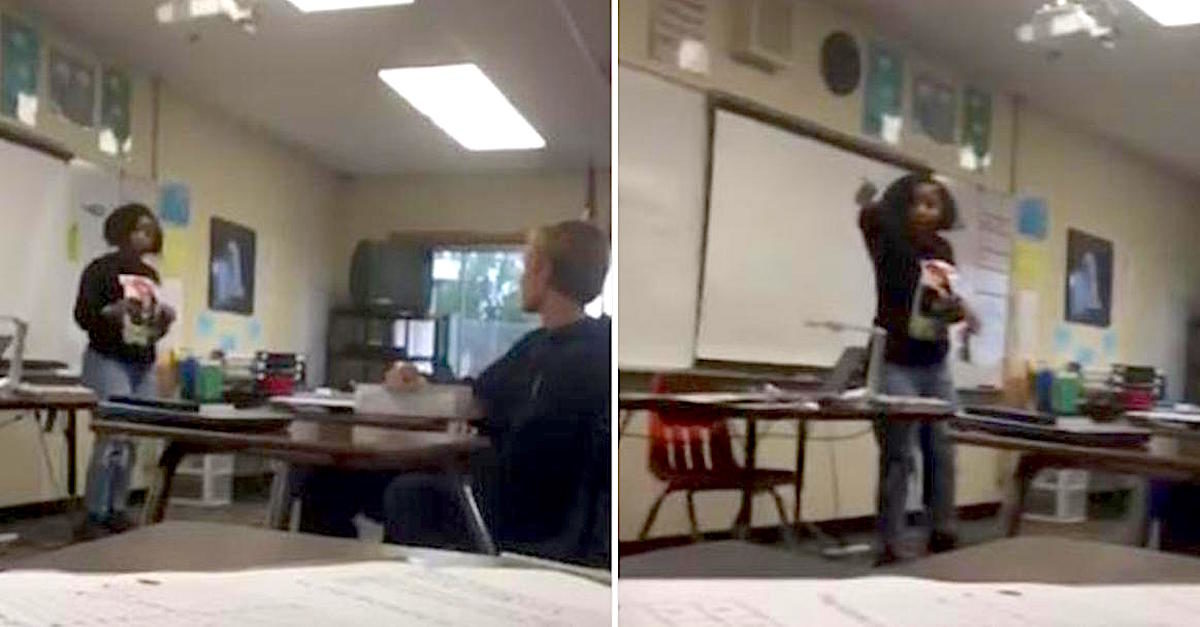 And with that, Christian unleashed a tirade upon the students, demanding they stop mistreating her daughter — and the whole thing was caught on camera. She even handed out “Free A** Kicking” tickets.

Christian claims the teacher gave her permission to speak to the students, which is why she can be seen sitting at her desk for the majority of the video.

Learn more in this clip.

The school district is currently investigating the incident.