Flu season is upon us, and every precautionary measure makes a difference. While adults are generally responsible for maintaining their own hygiene and staying up to date on their medical needs, it isn’t always as easy with children.

Not only do they cut corners a lot of the time where staying clean is concerned, but they’re around so many other children whose families may not prioritize these measures as much as your own. It can be stressful to keep your family from falling ill, but one school has found a way to get through to kids.

Jaralee Metcalf is a behavioral specialist who works in an autism unit with students in kindergarten through sixth grade. She teamed up with her co-teacher, special education teacher Dayna Robertson, to find an unforgettable way to explain the spread of germs to kids.

That’s when they stumbled upon a science experiment on C.S. Mott Children’s Hospital’s website. The experiment is called “How Clean Are Your Hands?” and the visuals are hard to forget. 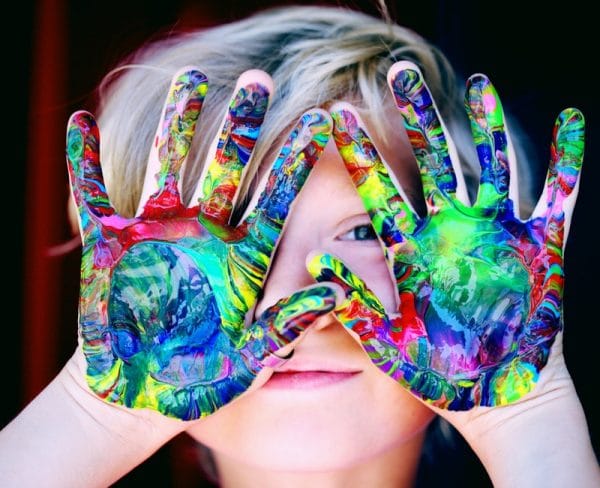 Despite the fact that winter’s just begun, the Centers for Disease Control and Prevention is reporting widespread flu activity in 23 states from east to west and everything in between.

The numbers aren’t always enough to get people to take the necessary precautions. That’s especially true when you’re dealing with kids. In the pursuit of more playtime, it seems like kids are always cutting corners on the things that matter most. 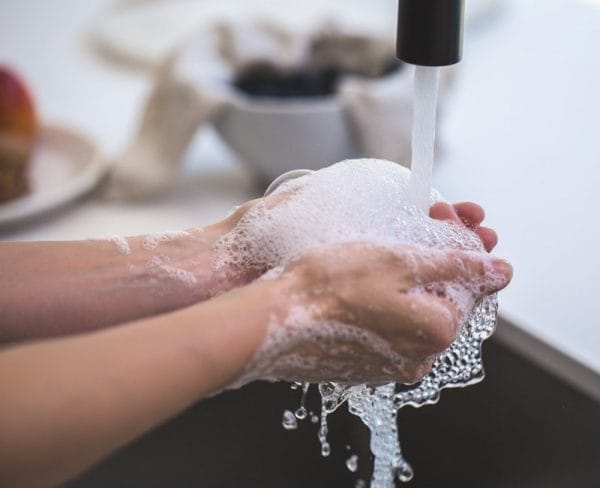 When kids get sick, it’s hard for both them and parents. It also adds the challenge of keeping everyone else in the family from catching it. The whole stressful ordeal can often be avoided with some diligent hygiene practices, so getting through to kids is super important.

Two teachers found an excellent way of communicating that to their students. Jaralee Metcalf, a behavioral specialist who works in an autism unit with students in kindergarten through sixth grade, and her co-teacher, Dayna Robertson, decided to bring a special experiment to their classroom. It’s called “How Clean Are Your Hands?” 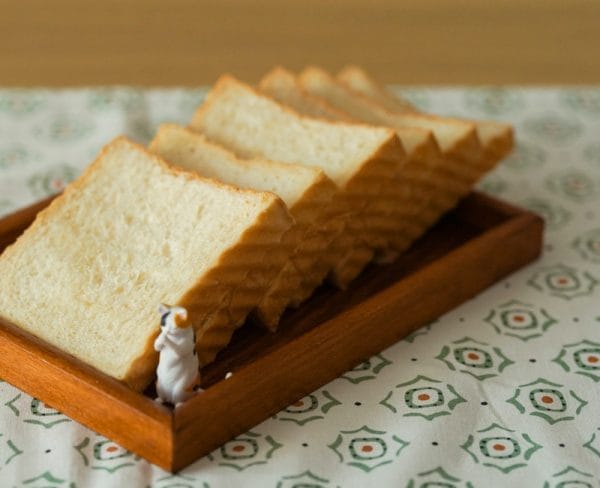 “We chose this experiment because we had been learning about decaying leaves and mold and flu season was approaching,” Metcalf told Bored Panda. “We decided it would be an awesome mold experiment to learn about germs by using moldy bread!”

It was only a matter of days before mold started growing on the bread. In all, it took almost four weeks before they had the final results, which were pretty shocking. 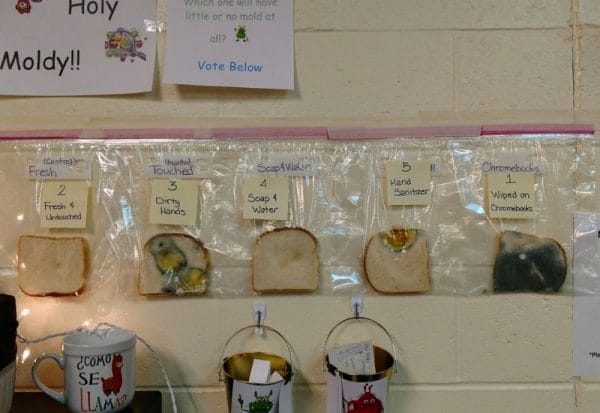 The differences between the pieces of bread were interesting. The untouched bread hadn’t even begun to mold. It made a lot of people concerned with what preservatives are used and how we might be affected by ingesting them. 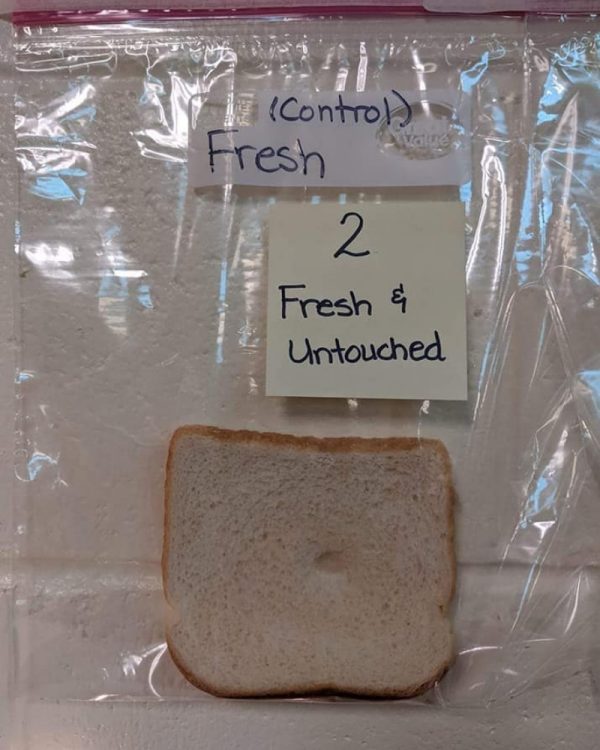 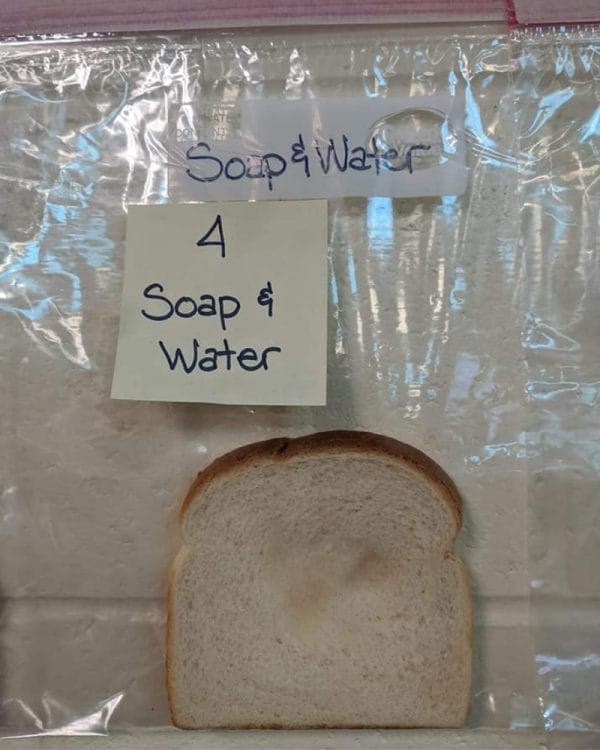 The one touched by unwashed hands looked starkly different. The bread was growing all kinds of mold. It was green, yellow, and more. It really gets you wondering what kinds of germs are on your hands at any given point. 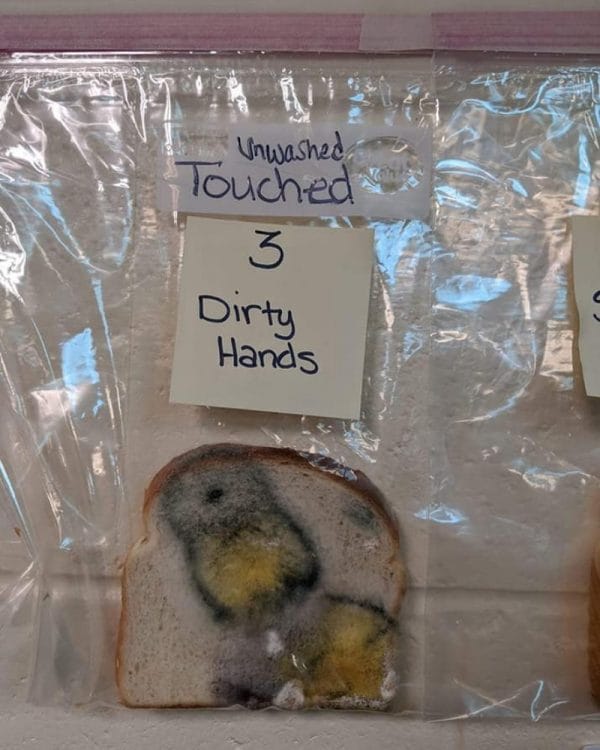 Then there was the one touched by hands using hand sanitizer. It didn’t look very different as far as the colors of the mold. It was more localized to one area of the bread, as opposed to the dirty hand bread, which was totally covered. 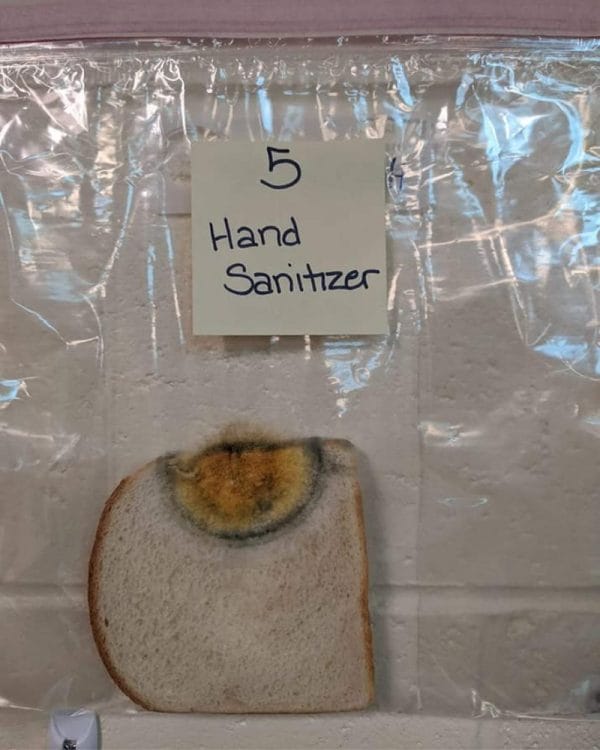 The grossest bread was hands-down the one wiped on the classroom Chromebooks. While they usually sanitize them regularly, they didn’t for the purpose of the experiment. It’s fascinating to see how dark the mold is, with one distinct white spot. 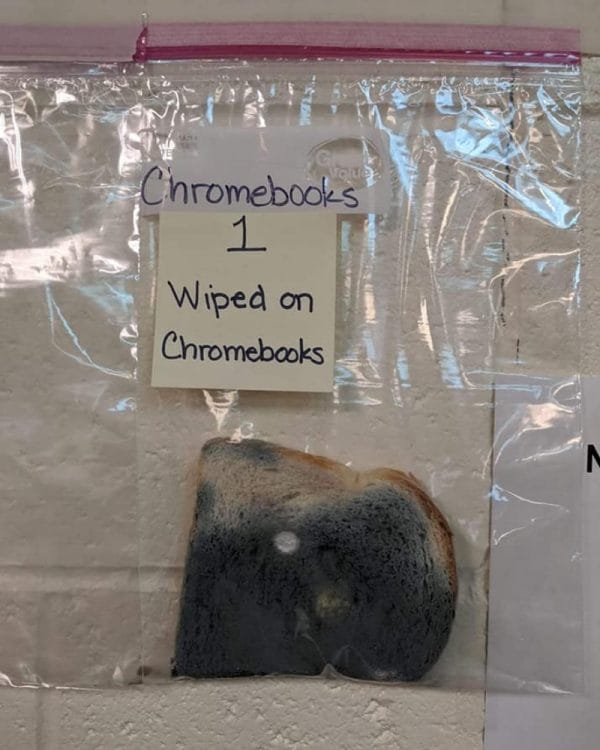 Jaralee also shared her bottom line, one we should all consider.