Jenni “JWoww” Farley says her son has come so far since his initial autism diagnosis.

Jenni revealed that her 4-year-old son, Greyson, had been diagnosed with autism in November 2018.

Since then, she has shared snippets from her and her ex Roger Mathews’ experiences with parenting Greyson.

The 33-year-old Jersey Shore star previously showed fans what Greyson’s sensory room looks like, and she explained how much he’s benefited from early intervention and speech therapy. She also shared a sweet video of Greyson practicing his colors.

In an interview with ET, Jenni explains why it’s so important for her to be open about Greyson’s journey.

She says it’s important to “break the stigma” by using her platform to spread awareness.

She says Greyson has made a TON of progress since he was first diagnosed. He went from not knowing his own name to attempting to speak full sentences, and Jenni couldn’t be happier for him. 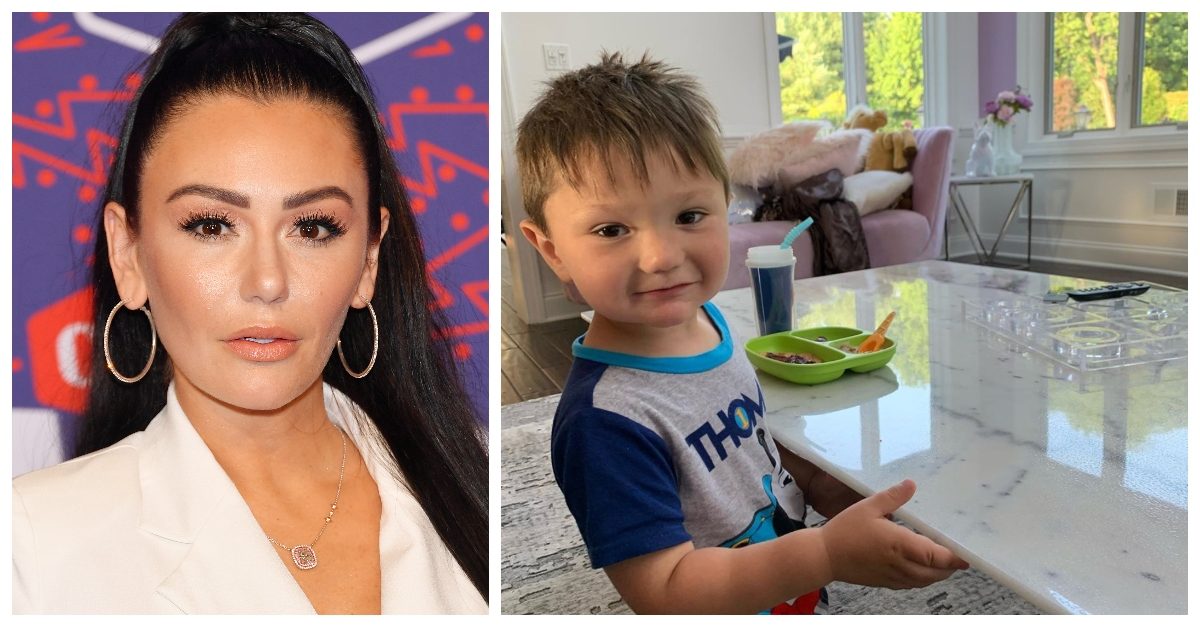 “He’s honestly the best,” she said.

Jenni added that she was dealing with Greyson’s doctor’s appointments while filming the third season of Jersey Shore Family Vacation.

“I think at that time, it was October, so I think I had to leave the dude ranch to go to one of his diagnosing appointments literally in the middle of the night,” she said.

But her castmates are nothing but supportive when it comes to Jenni’s children.

Watch Jenni and the rest of the cast in a sit-down interview in the video below!

Jenni ‘JWoww’ Farley Shares How Amazing Her Autistic Son Is: Click “Next” below!