Girl Stands Up In Front Of All Her Classmates, Then Drops Truth Bomb About Her Autism

Standing up in front of an assembly of your peers would be difficult for any child, but 12-year-old Holly was brave enough to do so.

And it was the reason why she chose to do so that’s earning her praise from peers and strangers alike.

It all started when Holly was having a bad couple of weeks. She had several meltdowns. Her classmates kept on asking her why she was reacting the way she was, and if she was autistic. 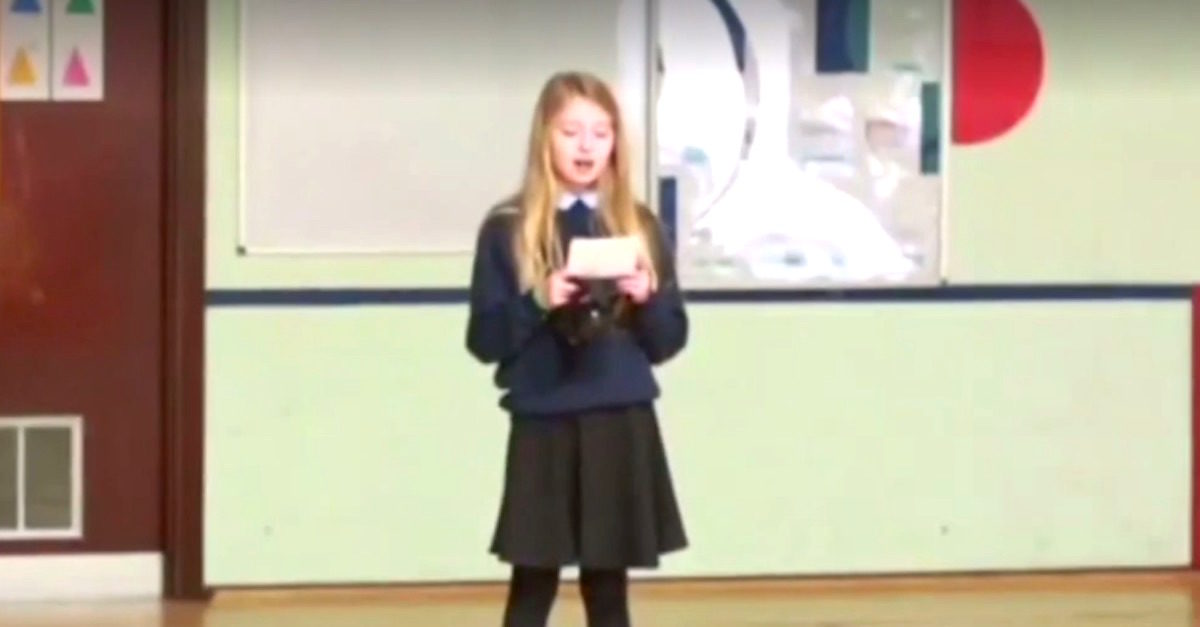 At first, the little girl didn’t know how to answer. She was upset that people were asking her these questions. But she decided to reveal her secret to them: they were right.

She stood up in front of the entire assembly and explained to them her diagnosis. She told them that autism affects people differently. She also shared with them how they could help her and others like her.

Her classmates reacted to her revelation, saying how much they appreciate her honesty. They think she’s very brave, and they love that now they have some tools they can use to help her feel more comfortable if possible. Now they understand a bit more about what she goes through.

Holly is also raising awareness about autism in a special short film showing what life is like through her eyes. She’s hoping it will create more acceptance of people with autism.

Please SHARE this article to commend this young woman for sharing her secret to help others!