An Oklahoma teacher captured a sweet moment between two young students with Down syndrome on Valentine’s Day. Maureen Lawson is a special education teacher at Westwood Elementary School in Stillwater. When she received a new student named Sophie this year, she wasn’t sure how she might adapt to the classroom.

“Sometimes friendships for children living with cognitive [dis]abilities is a hard thing,” Maureen explained to InsideEdition.com.

Luckily, 10-year-old Sophie hit it off with a classmate. Graham, 8, also has Down syndrome. The two became fast friends, choosing to spend time together whenever they were in class.

As the school year has progressed, Maureen can now say with confidence that the two are best friends. She explained, “They both gravitated toward each other really quickly and just became just really good buddies and don’t really like to be separated very much.”

She was surprised when she saw them dancing together on Valentine’s Day. The two had never danced together before, and there was no music playing in the classroom. 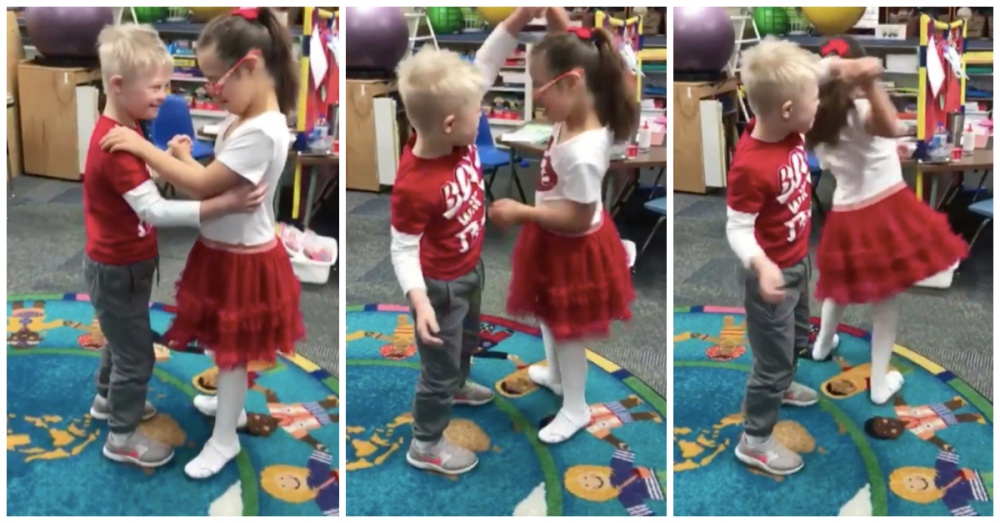 “I had never seen them dance before,” Maureen said. “They were just doing something sweet and fun. They are just best friends.”

When Maureen noticed the two swaying together, she scrambled for her phone so she could record the lovely moment between the two. She was excited to share the pure moment between friends with others, a reminder of how kindness can change people.

Watch the adorable kids dance together in the video!