Man Pushes Daughter To Safety Before Speeding Car Hits Him Instead: ‘I’m Not A Hero, Just A Dad’

In November of 2018, Michael DeVore and his 11-year-old daughter were walking in a marked crosswalk in California.

They made it almost all the way to the end of the crosswalk when tragedy struck. Just as they were about to reach the curb, they realized a car was not slowing down or stopping for them. In fact, it was speeding straight toward them.

Michael was certain that if he didn’t do something, the driver was going to crash her car right into his daughter. He had one second to think fast.

That’s when Michael became the ultimate hero — by pushing his daughter out of the way of the dangerous vehicle.

In turn, Michael was hit by the car himself, and thrown ruthlessly onto the sidewalk.

The car didn’t even stop. 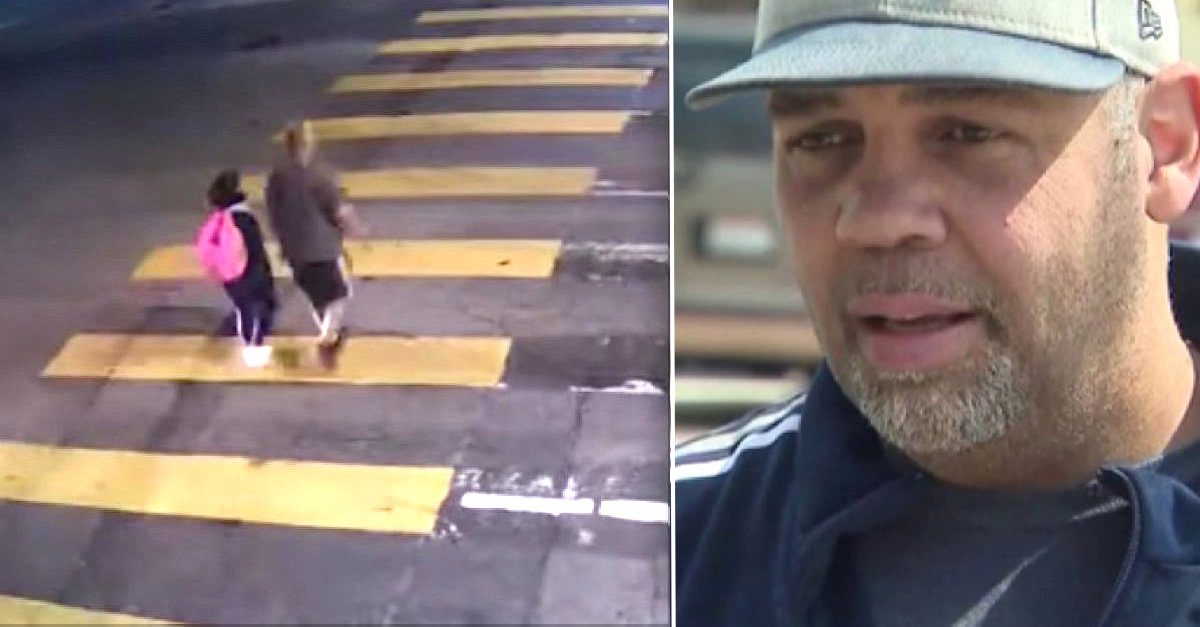 For the next three months, Michael was bedridden with a broken femur. And it looks like he might still need a knee replacement.

But because of his quick thinking and protective instincts, Michael’s daughter walked away with only minor scratches.

The humble father is taking his new title as “hero” in stride.

As for the driver who hit Michael? Watch the clip to see why the LAPD is now looking to the public for help in serving justice.