This just goes to show that a small dose of compassion can go a long way.

Kenlee was having a rough morning at Passmore Elementary in Alvin, Texas.

The fourth grader was in no mood to be stuck inside the cafeteria; it was too noisy, there was too much going on, and she just couldn’t deal with the chaos in the lunchroom.

So Kenlee grabbed her pink blanket and curled up on the floor all by herself, hoping it would all just go away. Kenlee has autism, and too much noise can create sensory overload and an overwhelming sense of anxiety. 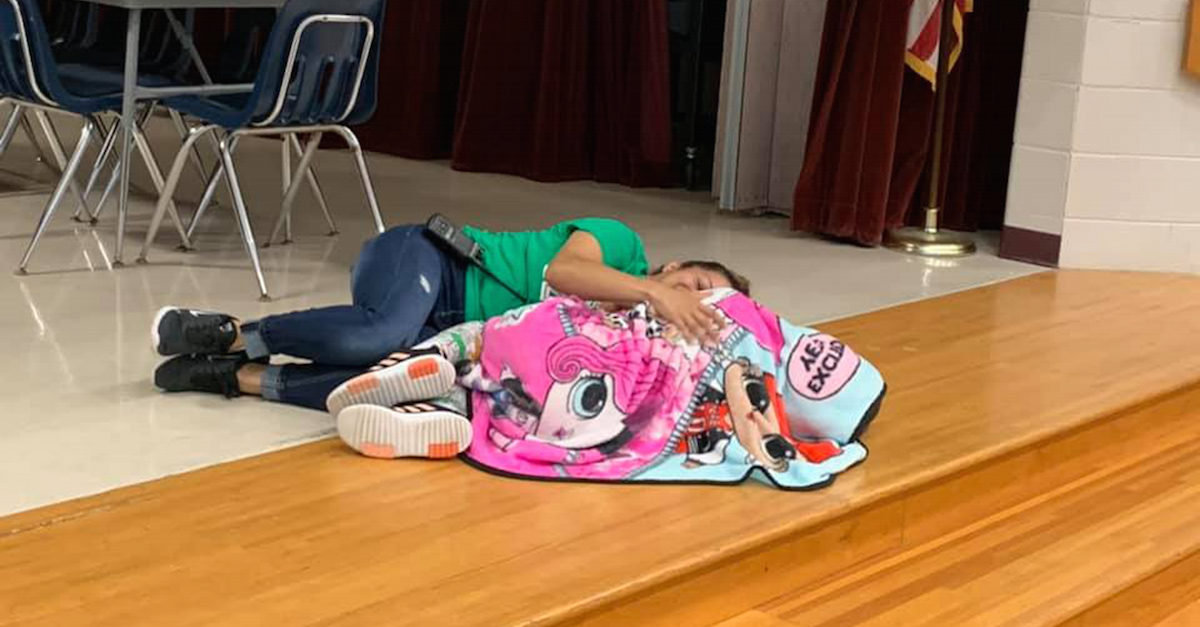 Kenlee’s mom, Hollie, works as a special education paraprofessional at her daughter’s school.

She posted an image on Facebook that went viral — because as Kenlee lay on the floor hoping for some peace and quiet, someone else lay down beside her.

The school custodian, Mrs. Esther, was there to comfort and support Kenlee as she worked through her sensory overload.

“Kenlee adores Mrs. Esther,” Hollie told ABC 13. “She always greets my daughter with kind words and a hug, which is so special to her.” 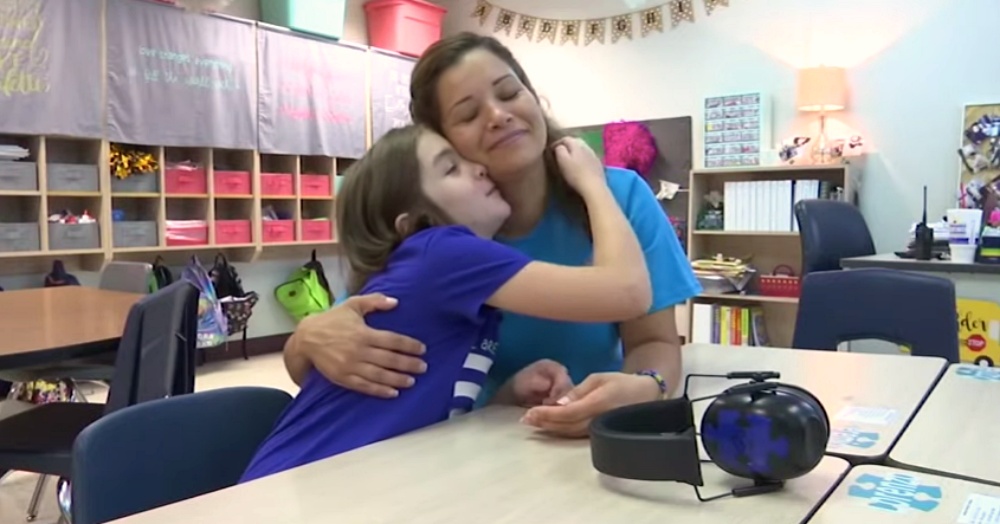 According to Hollie, Mrs. Esther likes to say, “The heart doesn’t have a language.”

Hollie is so glad this “angel on campus” is now getting the recognition she deserves.