Jay Abatte is a 14-year-old student in Richland Hills, Texas. He has autism, and he has a special way of communicating how he’s feeling.

He uses the art of music.

“When he’s upset, there’s certain songs that he will ask for and I will know, OK, he’s having a hard time and that’s his way of telling me: ‘I need this song to help me get through what I’m feeling,’” Jay’s special education teacher, Lori Blizzard, told Inside Edition.

“When he is happy, he will ask for different songs, and that’s how I know how Jay feels.”

Jay enjoys a range of genres, from modern hits to classic Motown songs.

Recently, Jay’s classmates on the girls athletics teams planned a special surprise for him.

They sat in the school cafeteria waiting for him, and when he entered, they all sang the Village People’s “YMCA” for him.

Jay couldn’t have been more thrilled. 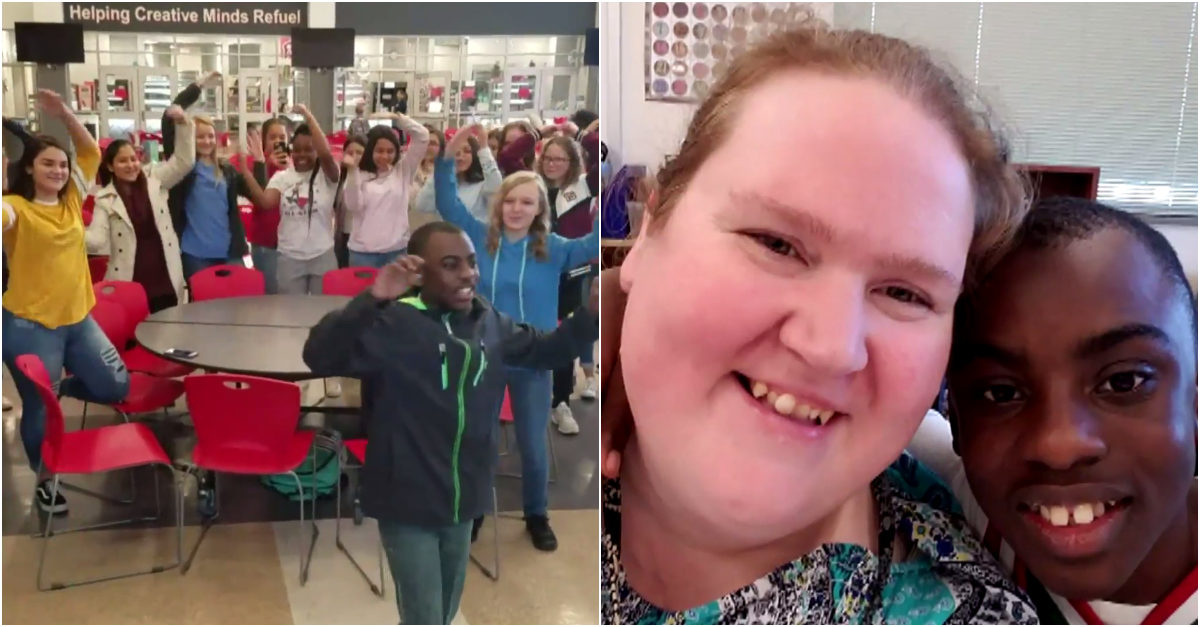 “It was so amazing to see the smile on his face and just how excited he was,” Lori said. “I was smiling so hard. He sang the song the rest of the day.”

Jay is in the eighth grade now, and he’ll start high school in the fall. He’s more than just a music fan — he also enjoys making his own music on his laptop. He hopes to work in the industry when he grows up.

Learn more about him in this video!