Jonathan, a 6-year-old boy with special needs, watched as his ball rolled away during recess. It’s not clear why or how his chase ensued, or how he managed to slip away unnoticed, but Jonathan ran after the ball.

Then he wound up in the middle of a busy intersection.

Cars whizzed past the little boy as he wandered through the road, alone and confused.

Cecilia Nation-Gardner, a mother of three and bus driver for the Milwaukee County Transit System, just so happened to leave her layover two minutes later than normal.

This simple yet critical time shift placed her at the intersection at exactly the right moment.

In harrowing footage captured by the bus surveillance camera, Cecilia notices the lone child walking in the middle of the street.

And she doesn’t hesitate. 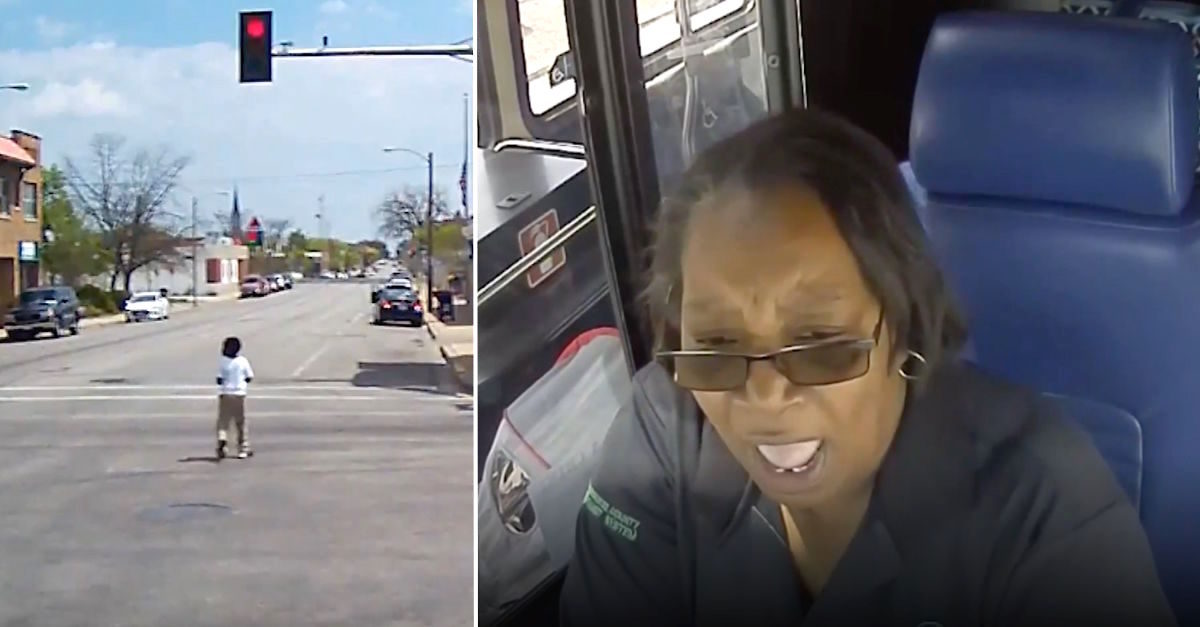 She starts shouting and honking her horn to get Jonathan’s attention and alert other drivers, but her efforts go unnoticed.

“If it wasn’t for her, I could’ve been planning a funeral now for my son,” Jonathan’s mother told WWNY-TV.

Fate seemed to put Cecilia there, but her actions and quick-thinking made her a hero.

Watch the video below to see why Jonathan’s mother now calls Cecilia her guardian angel.