Nine-year-old Thomas Daniel hurried to catch up with his school bus as it drove off without him. He didn’t know it at the time, but a police officer was watching.

Officer Austin Lynema saw Thomas trying to catch his bus and asked if he needed any help. Thomas said his mom didn’t have a car to get him to school, so the officer got his mother’s permission to give him a ride in his own squad car.

While the pair got to know each other during the ride, the boy revealed it was his ninth birthday. Thomas invited Officer Lynema to his party, which was set to take place after school that day.

But then the conversation took a heartbreaking turn.

Thomas revealed he was bullied by his classmates; he didn’t even know if anyone would show up to his party. 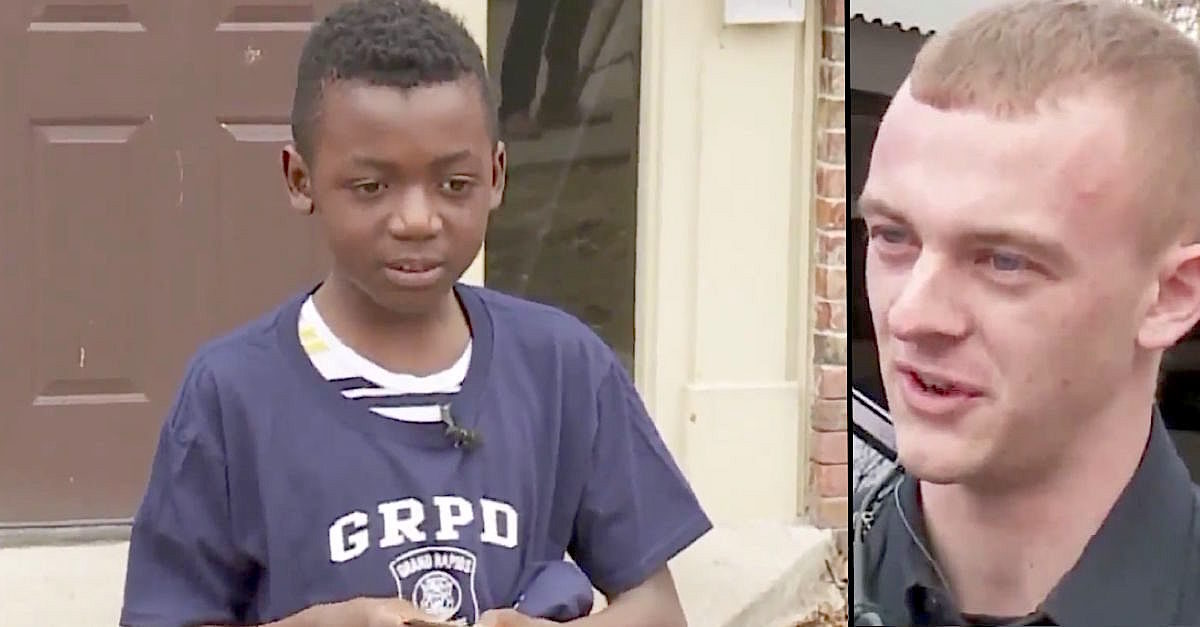 Officer Lynema dropped Thomas off at school and promised he’d be there to celebrate.

Later that evening, Officer Lynema arrived at Thomas’ party to find the only people there were Thomas’ siblings. None of his classmates showed up after all.

To make matters more crushing, there was no birthday cake.

The next day, Thomas was surprised when Officer Lynema returned to his home. Only this time, he brought some very special backup.