Texas Baby Is Born With Almost No Skin On His Body, And Doctors Are Fighting To Keep Him Alive

A Texas couple welcomed their third child into the world happily — but then they were stunned to learn of his health anomaly.

Priscilla Maldonado Gray gave birth to her son, Ja’bari Gray, on New Year’s Day. A joyous moment was interrupted by fear for the newborn’s condition.

Up until delivery, the pregnancy had seemed routine to Priscilla and her husband, Marvin. When their son was born, he weighed just 3 pounds, according to the San Antonio Express-News. Ja’bari was also born missing the majority of his skin. His head and legs were the only areas covered.

Sadly, there were even more issues. The baby’s eyes were fused shut. His chin was fused to his chest, and his fingers hadn’t separated. 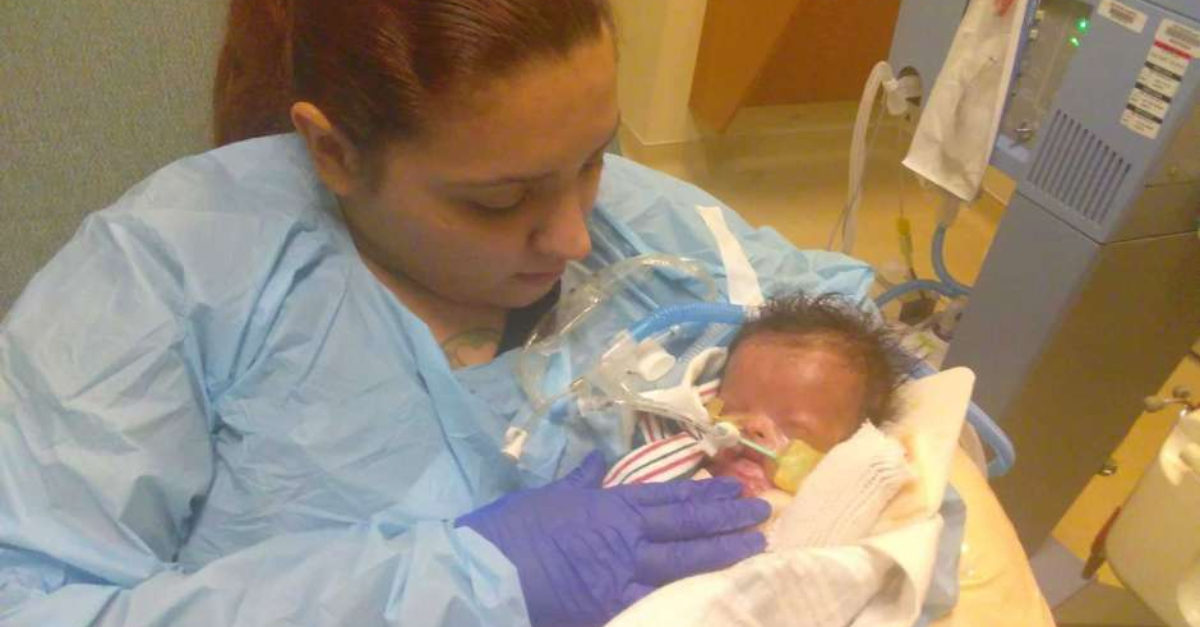 Initially, the baby boy was diagnosed with aplasia cutis, a condition where someone is born without skin. Further testing and examination at Texas Children’s Hospital in Houston determined that it may actually be something else.

Doctors believe he may have a rare condition called epidermolysis bullosa. The condition is genetic and causes very fragile skin to blister easily.

Priscilla and Marvin are awaiting results from testing to determine what steps to take next. In the meantime, Ja’bari will undergo surgery to separate his chin, which is fused to his throat by scar tissue.

Priscilla and Marvin know that there’s a long road ahead for their son. There’s a GoFundMe set up for the family to cover transportation costs, medical bills, and a possible move to Houston, depending on what happens with Ja’bari next.

Check out the video to learn more about what doctors are now saying about Ja’bari’s prognosis.