Jonathan Haselbusch, 16, gets so excited by the simpler things in life. He loves drawing, ice skating, horseback riding — and interacting with his local garbageman.

Last year, Jonathan — who has special needs — left some samples of his artwork on top of the garbage cans outside his California home. He hoped the drawings would make the trash collectors smile when they came to empty the bins.

The garbage collector arrived and spotted the teen’s art. But instead of leaving it there or throwing the pictures away with the trash, he treasured the gifts. He took them off the bins, put them in a pile inside his truck, and even hung some of the artwork inside the cab. 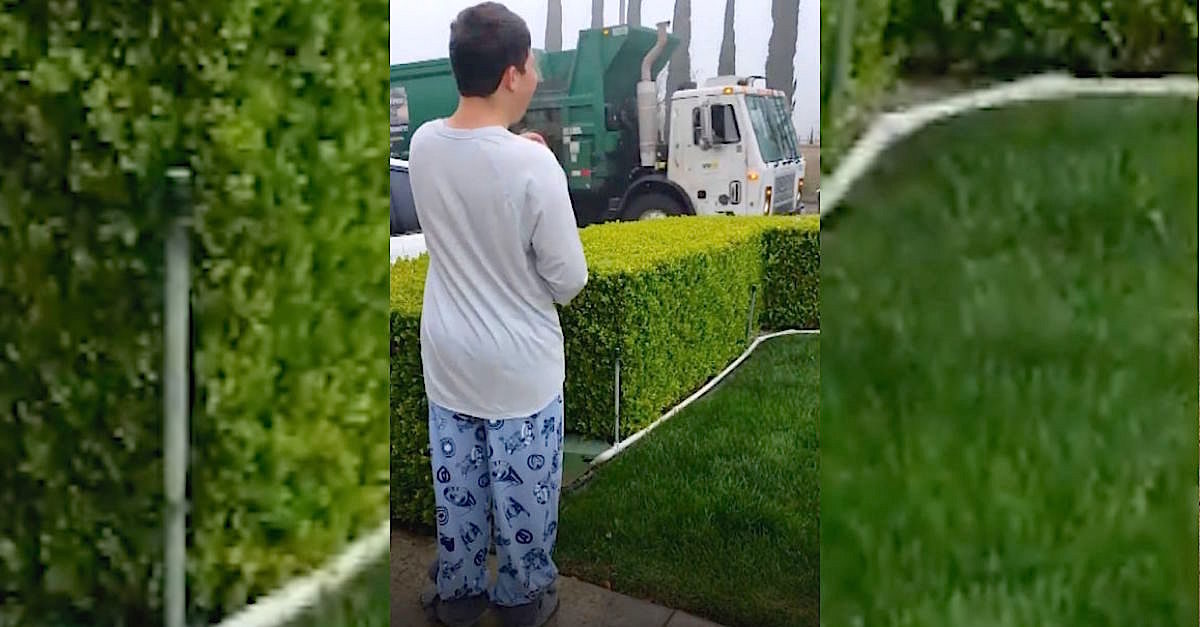 It was such a sweet reaction, and Jonathan and his mom, Christina, were so touched by the gesture.

Jonathan hoped to officially meet said driver in person at some point.

A few days later, Christina heard the garbage truck coming down the street. She and Jonathan sprinted outside to flag down the driver, Antonio, and he stopped.

That was all it took for a friendship to grow. Christina was so moved by Jonathan’s reaction to Antonio that she pulled out her cell phone and started documenting their weekly encounters.

“I just pulled out my phone and there you have it,” she told Inside Edition. “It was the most amazing, priceless, beautiful thing that I could ever share with anybody.”

Watch the video to see the joy on Jonathan’s face!