Nine-year-old Justin Kiely-May is extremely sensitive to sounds and has often had to wear ear protection in the past to keep loud or high-pitched music from bothering him. So you can imagine how shocked his mom was when she heard him sing for the first time, after believing he disliked and was even afraid of music.

“Justin was diagnosed with autism at three and most of his life he has struggled with music, especially high pitched songs,” recalls Andrea Kiely, Justin’s mother. “We dreaded going to birthday parties just in case they played a song he didn’t like as it would upset him for days. We got him ear defenders and that helped.” 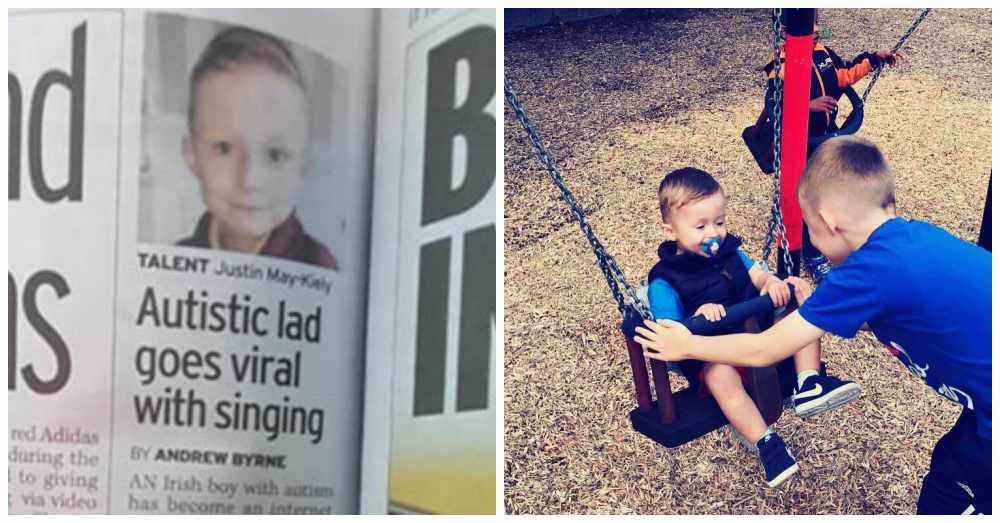 Justin, who lives with his family in Dublin, Ireland, first heard Alexandra Burke’s rendition of the Leonard Cohen song “Hallelujah” on the radio, and something about the tune really drew him in. But his parents never dreamed that their son, who didn’t even begin talking until the age of three, would ever repeat the song in his own gorgeous voice.

“We always knew he had a nice voice, but he was playing last week with his drawings, and was just doing his daily routine. Then he was singing and blew me and his dad away,” says Kiely. “He was only in from school and he likes to play with his books and drawings. I had the music on. I do have to be careful of what I play, because there are some songs he doesn’t like. But then he just started singing, so I turned the music down and took my phone out and recorded him.” 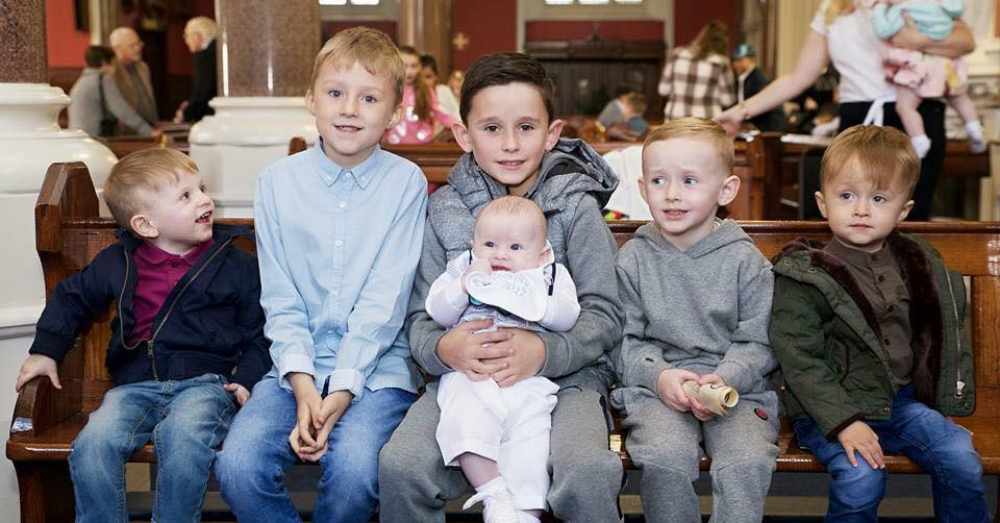 Justin’s lovely singing voice was caught on camera, and his uncle, 22-year-old Brandon Craig, posted it to Twitter. Within days, it has become an internet sensation, garnering more than 220,000 views. He even got a column written about him in a local paper!

“I can’t look at his little face without wanting to cry, happy tears, of course,” says Kiely. “He’s just such a pure loving little boy and I’m so glad that now people get to see what I see. He was born to perform; he has so much confidence.”

Justin will also happily sing a few other favorite songs, including “Shallow” by Lady Gaga and “Proud Mary” by Tina Turner. Check out the video below to hear Justin’s incredible voice for yourself!

Sweet Students Surprise Their Music-Loving Autistic Classmate By Singing ‘YMCA’ To Him: Click “Next” below!